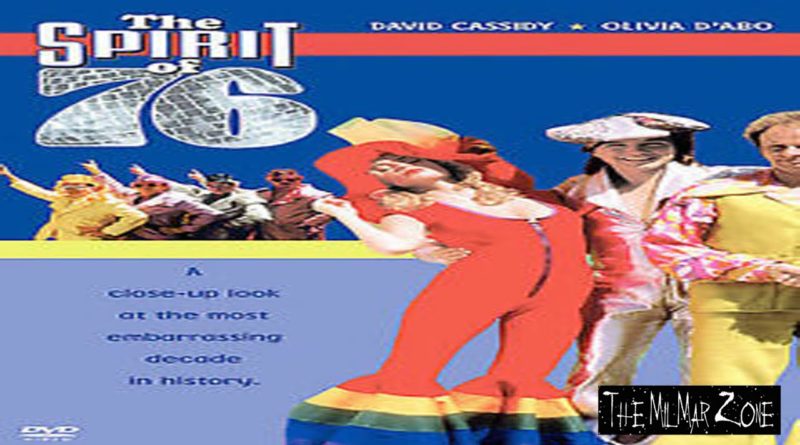 Tagline:
A close-up look at the most embarrassing decade in history.

Future Americans decide to time travel to 1776 to ask the founding fathers for the solutions to their problems. A glitch in the time machine changes their destination to 1976. Still believing themselves to be in 1776, the time travelers attempt to study this “ideal” civilization. 70’s jokes, props, and stars abound. —Bob Eichler (robert_eichler@fmso.navy.mil)

It’s 2176 in America, a time when all records of its history have been lost and the world is in near collapse. Just before Dr. Von Mobil dies, he the last person who lived in the era when those records were still in existence, he tells the authorities that the key to regaining America’s past glory and possibly save the world from collapse can be found in 1776, the founding of the nation. The authorities co-opt Adam-11 to lead the mission to 1776 using his time machine. Adam-11 only wants to use his time machine to travel to the paradise land of Ikiki (Waikiki) Beach, which doesn’t exist in 2176. Adam-11 agrees when he meets his fellow time traveler, the beautiful but officious Chanel-6, and when the authorities promise him enough fuel post-mission to travel to Ikki Beach. The third member of the team is equally as officious Heinz-57. The three only have twelve hours to retrieve such information as what is contained in the Constitution, or else they risk never returning to 2176, with the future world survival in jeopardy. However, the time machine ends up missing its mark by two hundred years, and they unknowingly land in 1976 instead. There, they are assisted by a couple of teenaged slackers named Chris Johnson and Tommy Sears. Chris and Tommy believe that Adam-11, Chanel-6 and Heinz-57 are indeed from the future and help them if only to thwart the plans of high school science geek Rodney Snodgrass, who wants to use “the aliens” as his science fair project. The CIA is also aware of the aliens and is on their tail. As the three-time travelers experience 1976 culture and its mores – thinking it all will save the planet in 2176 – they try to elude the police and the CIA. But their mission and their return to 2176 may be in further jeopardy by Rodney, who will do anything to win the science fair. —Huggo

Making great fun of the ’70s, this lively sci-fi comedy centers on a trio of time travelers who go into the past in hopes of retrieving the Constitution to celebrate America’s 300th birthday. Unfortunately, the travelers end up in 1976, not 1776. The trouble is, they don’t realize it.

Plot: Spoilers?
By the year 2176, a magnetic storm has degaussed all recorded history, causing such valuable documents as the U.S. Constitution and the Declaration of Independence to be lost. Three-time travelers, Adam-11 (David Cassidy), Chanel-6 (Olivia d’Abo), and Heinz-57 (Geoff Hoyle) are sent back to July 4, 1776, to retrieve America’s heritage, but due to an unnoticed time machine malfunction, end up in 1976 instead, during the United States Bicentennial. While pursuing their mission, the time travelers dress in period costume (e.g., tight bell-bottom pants), and experience est, the Sexual Revolution, Pop Rocks, disco, long gas lines, the AMC Pacer and even drug paraphernalia shops.

They are in turn pursued by Rodney Snodgrass (Liam O’Brien), a science whiz and UFO buff, who thinks they are aliens and plans to use them to win the Bicentennial Science Fair prize at his high school. His self-absorbed, disco-dancing brother, Eddie Trojan (Leif Garrett), pursues Chanel-6 for his own pleasure. Both are foiled by two dimwitted but good-hearted teenage friends, Tommy Sears and Chris Johnson (Steve and Jeffrey McDonald of Redd Kross), who help the time travelers repair their craft and return to 2176, with their 1970s artifacts and a copy of the Constitution, printed on a shirt which was bought from an est seminar attendee (Barbara Bain). 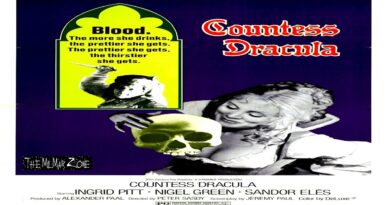 Biden Calls It An ‘Embarrassment’ That Trump Hasn’t Conceded 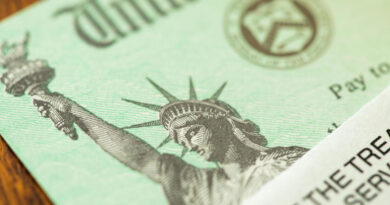