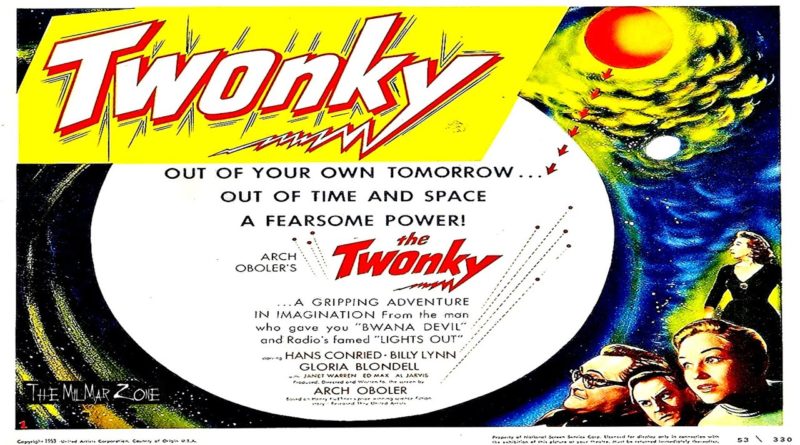 Tagline:
Out of Your Own Tomorrow… Out of Time and Space a Fearsome Power!

Tweedy college professor discovers his new TV set is animate, apparently possessed by something from the future, and militantly intent on regulating his daily life.

It’s alive! It’s alive! This sci-fi satire was designed to take potshots at the television, the newfangled entertainment medium. The story centers on a professor who discovers that his television has come to life. The animated box soon proves to be quite the dictator, telling the professor what and what not to read. The evil electric eye then hypnotizes all who oppose it. Soon the hapless academic discovers that it has commandeered his life. It takes a lot of effort, but eventually, the professor prevails and destroys the terrible tube.

Synopsis: Spoilers
The opening narration explains how this film and the events in it could either frighten you or amuse you

Kerry West (Hans Conried) complains about the TV aerial being installed on the roof of his house. His wife Carolyn (Janet Warren) explains the TV was purchased to keep him company while she is away visiting her pregnant sister. Her taxi arrives and she gives her husband a long list of chores to be completed in her absence. Kerry promptly disposes of the list as soon as the taxi is out of sight. Although annoyed West is rather intrigued by the TV and goes to inspect it. He lights a cigarette and the TV promptly destroys it by shooting a beam. Stunned West takes a new interest in the machine and discovers it is not even plugged in. Before he can do more investigating the TV delivery man (Ed Max) arrives demanding a $100.00 deposit he forgot to collect.

West explains he doesn’t have a $100.00. But unseen by him the TV finds a $5.00 note previously dropped and begins to duplicate the money till there is now a $100.00. West is happy for the TV to be taken away, however, when the repairman goes to collect it, he finds the money instead.

Puzzled West retreats the kitchen to consider his options. The TV follows him and proceeds to destroy a cup of coffee West ad just poured. The TV then loads all the dirty dishes into the dishwasher Coach Trout (William H. Lynn) visits comes for a visit. West explains that he now owns this odd TV that walks. At first, Coach is skeptical, till first, the machine enters the room, then destroys a second cup West has poured.

The TV then heads back to the lounge room and takes up the station. Fascinated Coach follows the unit and begins trying to tinker with it. Ultimately the TV is too heavy to even turn around. It is decided to retreat to Coach’s house and regroup. While there Coach begins drinking and quickly becomes drunk. In his confused state, he decides the behavior of the TV was a hallucination. Recalling a childhood memory he gives the TV the name Twonky, which describes anything strange or unknown. Finally, Coach slips into a drunken slumber and West head back home

At home, West decides to work on a lecture he has to give Monday. First, he opens a bottle of soda, quickly destroyed by the Twonky. He then plays a game of solitaire the machine again intervenes and completes the game for him. Then he tries the record player, again the Twonky stops him and only allows certain music to be played 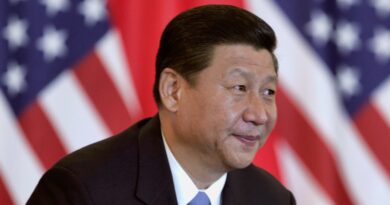 Biden will compete with China, but won’t take Trump approach 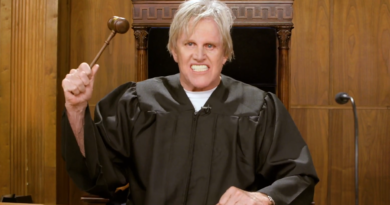