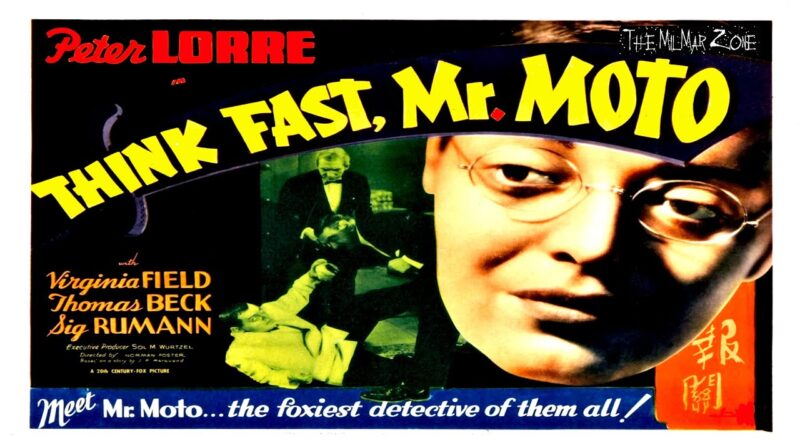 Tagline:
Meet… MR. MOTO the foxiest detective of them all!

On a freighter going from San Francisco to Shanghai, Mr. Moto solves mysteries caused by a gang of smugglers. —Ed Stephan (stephan@henson.cc.wwu.edu)

Mr. Moto encounters mysterious goings-on on a ship bound for Shanghai. He recognizes his steward as the murderer of a man in San Francisco and catches him trying to steal an important letter from the stateroom of another passenger, Robert Hitchings. Hitchings, son of the owner of the shipping line, falls in love with Gloria, who refuses to tell him anything about her life and disappears when they arrive in Shanghai. In Shanghai, Mr. Moto uncovers the secret which links the murder in San Francisco, the mysterious letter, and Gloria. —Daniel Frankham (danielf@my-Deja.com)

Plot: Spoilers?
The film opens with Mr. Moto in disguise as a street salesman and selling goods to passers-by. He sees a man leaving a shop with a tattoo of the British Flag on his arm. Moto enters the shop to sell a rare diamond to the owner. However, Moto sees a body stuffed into a wicker basket in the store, and using his mastery of judo takes down the shopkeeper. Later, he reserves a berth on a freighter headed for Shanghai. Also on the freighter is Bob Hitchings Jr., son of the owner of the freighter. Before leaving, Hitchings Sr. gives his son a confidential letter for the head of the Shanghai branch of the company. Hitchings and Moto become friends (Moto notices the letter), and Moto helps Hitchings cure a hangover. Hitchings complains to Moto that he has not met any beautiful women on board. After a stop in Honolulu, a beautiful woman named Gloria Danton boards the ship, and she and Hitchings fall in love. But Gloria is a spy for Nicolas Marloff, who runs a smuggling operation out of Shanghai. She periodically sends him notes and leaves without saying goodbye to Hitchings. Moto finds a steward looking for Hitchings’ letter and confronts him, knowing he was the person who killed the man in the wicker basket, as he wears the tattoo. Moto throws the man overboard and takes the letter.

At Shanghai, Hitchings meets with Joseph B. Wilkie and gives him the letter, but later learns that it is a blank sheet of paper. He calls his father, who tells him the letter said to watch out for smugglers. Hitchings is determined to find Gloria, and he learns from an unknown person that she is at the “international club”. Both he and Wilkie go there, as well as Moto and his date, Lela Liu. Hitchings finds Gloria performing at the club and goes to her dressing room. However, the club owner Marloff discovers them together and, knowing that Hitchings knows too much, locks them both up. Moto tells Lela to call the police and seeks out Marloff. Posing as a fellow smuggler, he tricks Marloff into leading him to Gloria and Hitchings. Lela is shot while contacting the police but manages to tell them where she is. Wilkie finds Marloff and demands that Gloria and Hitchings be released. Marloff finds out that Moto is not a smuggler, then Moto apprehends him. Moto tells Wilkie to get Marloff’s gun, the gun explodes as Wilkie tries to grab it, killing Marloff. Police storm the building, and Moto tells them the Wilkie headed the smuggling operation. Wilkie replaced the letter and shot Lela. Moto gave Wilkie the opportunity to kill Marloff, who knew he was in on the plot, and he did. Wilkie is arrested, and things go back to normal. 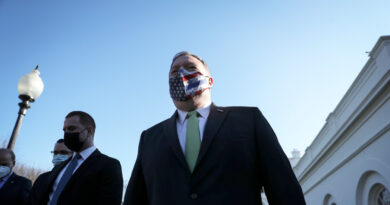 Pompeo Says Russia Was Behind Cyberattack on U.S. 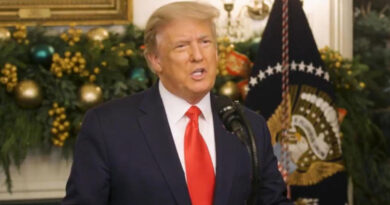