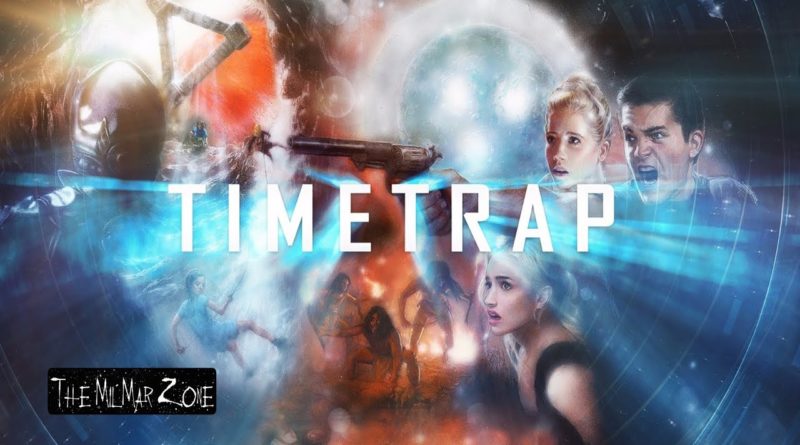 A professor enters a cave and goes missing. Some of his students come looking for him and get trapped in the cave as well. —Scott Filtenborg

A group of students ventures into the deep caves of remote Texas to locate a favorite archaeology professor who inexplicably has gone missing while searching for the Fountain of Youth. In the course of their pursuit, the group unwittingly rappels into a break in the space-time continuum, where time passes much slower than on the surface. With no hope for rescue, they descend further into the cave and uncover the most coveted urban legend in history and find themselves in the crossfire for its control.

Synopsis: Spoilers?
Students Taylor and Jackie, along with their friends Cara, Veeves, and Furby, go on a road trip into the remote area of Texas. They are trying to track and locate a favorite archaeology professor, who has vanished without a trace while on the search for missing hippies who had gone searching for the Fountain of Youth.

They soon discover their professor’s deserted vehicle, which is next to a hippie van. Tied to the hippie van is a rope leading into the entrance of a concealed cave nearby. Taylor, Jackie, Cara, and Veeves decide to investigate the cave, while Furby stays behind as backup.

Armed with mountain climbing equipment and ropes, the group unknowingly rappels into a break in the space-time continuum, where time passes at a rate much slower than on the surface. Because of the time differences, the ropes ages quickly and snapped cleanly, leaving the group with no hopes of getting back to the cave entrance earlier.

Plot: Spoiler?
Hopper, an archaeology professor, is exploring a remote cave system on the trail of missing hippies from the 1970s. After discovering what appears to be a cowboy paused in place in a tunnel, he returns to town and dismisses his graduate students, Taylor and Jackie, stating that their research is done.

Several days later, Hopper has not returned, and Taylor is worried about his safety. Taylor and Jackie decide to look for him, along with their friend Cara, who is watching her sister, Veeves, and her sister’s best friend Furby. They follow Hopper’s trail to the campsite near the cave, finding an entrance with climbing ropes leading inside. They decide to follow it, but Furby chooses to stay behind as backup for the base camp.

The group lowers themselves into the cave system and encounter strange noises. When Furby does not answer their radio calls, Jackie tries to climb back out, but her rope frays and she falls, injuring herself and Taylor. Calling for help, they receive a transmission from inside the cave and follow it.

At a different junction, they discover an overhead opening to the cave and Furby, dead with a broken neck. In watching his video recordings, they notice that several days elapsed from his perspective, while only about an hour had lapsed in the cave. His recordings show that he began researching the hippies’ belongings, discovering that they were actually Hopper’s parents and that Hopper is searching for his missing sister. His parents were following legends of the Fountain of Youth and speculated that this cave system was the root of the myth. After several days, Furby descended into the cave to retrieve keys for a vehicle but fell when his rope severed. 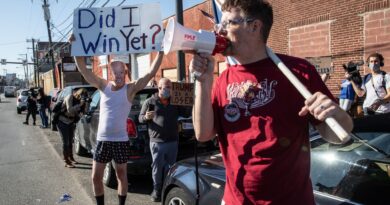 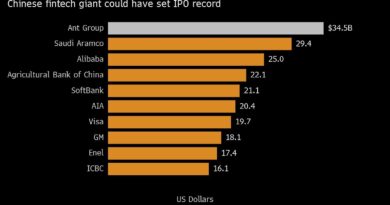 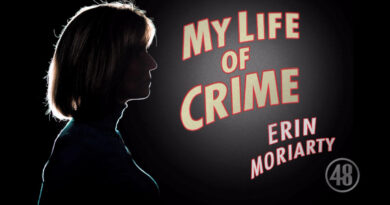 “My Life of Crime” with Erin Moriarty: An “48 Hours” original podcast

One thought on “TIME TRAP 2017 — A Time Travel Movie Trailer”