Taglines:
Time waits for no man… unless his name is JACK DETH!
The Future Cop Is Back!

6 years after a time cop returns home from battling future alien zombies, his settled life is turned upside down when a mad scientist creates more.

It is Los Angeles, 1991. Jack Deth has become accustomed to life with his new wife, Lena, in the six years since they singed Whistler. Hap Ashby, a former pitcher for the California Angels, had gotten his life out of the gutter and made quite a fortune investing, which he uses to finance his collection of fire trucks, among other things. But life is about to become a little more difficult for Jack and the gang. Whistler’s brother, E.D. Wardo, has gone back in time and has started a trancer farm under the organization known as GreenWorld. GreenWorld strives to ‘clean up the world’, but in reality, they are kidnapping homeless people and mental patients to become ‘tranced’. And they’re after Hap, the ancestor of a future Council Member. Jack’s quite ready to singe a few trancers, but he isn’t expecting his dead wife to show up. Through the power of technology, Alice has been saved from death and sent back to 1991 to help Jack and stop Wardo. The tension mounts as Lena becomes more distraught by the thought of Jack leaving her for another woman, Hap slips back into his alcoholic habits to deal with the stress, and Jack realizes that when Alice returns to the future, she’ll die the next day. But somehow, Jack’ll find a way to fix everything. He always does. —Michael Silva (silvamd@cleo.bc.edu)

Time-traveling cop Jack Deth is again called on to defeat the mindless zombies known as the Trancers in this sci-fi action sequel. His mission is further complicated by the presence of his first wife, who has returned from the future to serve as his partner.

Plot: Spoilers?
Los Angeles, 1991. Jack Deth (Tim Thomerson) has gotten used to life with his wife Lena (Helen Hunt) in the six years since they killed Whistler. Hap Ashby (Biff Manard) has made a fortune investing and has moved from the streets to a palatial estate, sharing it with Jack and Lena.

But life is about to get difficult for Jack. Whistler’s brother, E.D. Wardo (Richard Lynch), has gone back in time and created a “trancer farm” under the guise of an environmental organization. GreenWorld claims it strives to ‘clean up the world’, but actually, they kidnap homeless people and mental patients to enslave in a trancer army. Once again, Hap is under attack, useful to Wardo as the ancestor of future Angel City Council Member Ashe.

Jack is ready to singe some trancers in the name of the law, but he does not expect his dead wife Alice (Megan Ward) to show up—and neither is Lena. Alice has been saved from death by the City Council and sent back to 1991 to help Jack stop Wardo. The tension mounts as Lena becomes fearful of losing Jack to his future wife, Hap returns to drinking alcohol to deal with the stress, and Jack realizes that when Alice returns to the future, she will die again. Somehow, Jack must find a way to save more than just the future. 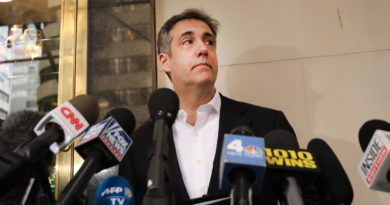 BIPOC: What does it mean and where does it come from?

Stocks are on the path towards new records, even with Fed and inflation worries increasing