By Benjamin Segal, MD, as told to Kara Mayer Robinson

We’ve come a long way in treating MS — it’s been one of the biggest success stories in medicine. Over the last 20 years, there has been a revolution in drugs that change the course of the disease, particularly relapsing-remitting multiple sclerosis (RRMS).

Back when I was in training, we had no drugs that altered the prognosis of MS or prevented attacks. The only thing we had were steroids. We gave them to people during serious attacks to speed recovery. But we had nothing to lower someone’s chances of developing the disease. We also couldn’t stop future attacks, put off disability, or make it less serious.

Now there are more than 15 FDA-approved drugs that do just that. They include shots you can give yourself, pills, and intravenous infusions. But they differ in how effective they are and the side effects they have. And we don’t have a way to predict which patient will respond best to which drug.

The goal of MS specialists now is what we call “no disease activity.” This means no relapses, no new lesions, and no ongoing development of disability. For many patients, we can achieve that, especially those with RRMS.

There have also been changes in how we look at secondary progressive multiple sclerosis (SPMS). In the last several years, three drugs have been approved for both RRMS and SPMS. Before that, there were no drugs approved for SPMS, except one very potent chemotherapy that we don’t use anymore.

We now have evidence that early treatment, and particularly treatment with certain drugs, may delay the conversion of RRMS to SPMS. In some cases, patients don’t have gradual decline over the course of decades.


What’s on the Horizon

Many new therapies are being studied to advance MS treatment even more. Two important areas of study are how to promote repair in MS and how to treat progressive MS.

In people with MS, myelin is destroyed, which causes a lot of symptoms. Researchers are looking at different strategies to help the body form new myelin, the protective coating around nerves.

Some clinical trials target molecules that normally suppress the growth of myelin. Researchers are now looking at a protective or pro-regenerative part of the immune system that we can manipulate to protect damaged neurons and stimulate new fiber growth.

My group at the Ohio State University just published a paper about our discovery of an immune cell that rescues damaged nerve cells from dying. It also stimulates nerve fiber regrowth. It may not only stop further damage of the central nervous system, but it may also reverse damage and restore function.

We’ve made progress with SPMS medication, but there’s more to be done.

Data suggests three drugs recently approved for SPMS are somewhat effective in a subset of younger people who still have new inflammatory lesions. But they’re unlikely to help those who are further along with the disease. So the quest is to find treatments for those people.

A few pills being tested in trials show promise. One of them suppresses the immune cells that are normally found in the brain and spinal cord. It stops the body from activating them. In a recent phase II trial, it slowed the progress of disability in people with inactive, progressive MS.


Finding the Right Treatment for Each Person

Right now, we can’t predict which patient will respond best to which drug. But there are a lot of ongoing studies that predict which drug will be the most effective in a given individual. Researchers are also looking for biomarkers to develop blood tests that may tell us if someone’s more likely to respond to one drug versus another.

Some studies show that very low levels of vitamin D raise your chances of developing MS. Now there are studies to see if boosting vitamin D levels with extra supplements may tamp down new attacks or new lesions for people who already have it.

There are also studies that look at the gut microbiome and if you can manage MS better by changing the bacteria in your gut.

It’s not conclusive yet, but researchers are looking at whether certain antioxidants may alter treatment or management of MS. One is called lipoic acid. A few studies suggest it may slow the loss of brain tissue in people with MS. There will likely be future studies that look at lipoic acid and other antioxidants in greater detail.

One of the most common and hard-to-manage symptoms of MS is fatigue. There are studies on pills and cognitive rehabilitation therapy to treat it. There’s also a lot of research into improved prosthetics and robotics to help patients with MS to function better.

Now that we have highly potent drugs to treat MS, there’s a debate about whether it’s better to start early treatment with aggressive drugs or to start with lower-potency drugs and then step up (escalate) to more potent ones.

A recent study suggests that people treated with higher-potency drugs from the start are less likely to transition to SPMS years down the line. New studies that compare aggressive early treatment to escalation therapy may help us know more.

Right now, many of my patients with MS are living full lives. I’ve seen people who’ve been relapse-free for 2 decades with no new lesions. No one would know that they had MS.

This is a completely different situation from when I was a resident in training. Then, most people we saw went on to need assistance devices and had to stop working.

I think there will be advances in the next 5-10 years that get us even closer to a cure. It’s very difficult to predict. We’re more likely to find treatments that help relapsing-remitting disease and maybe completely stop the progress of the disease. A cure may take a little longer. 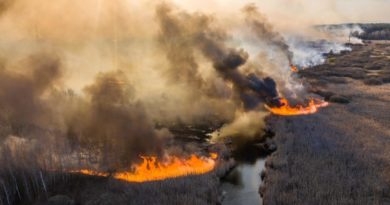 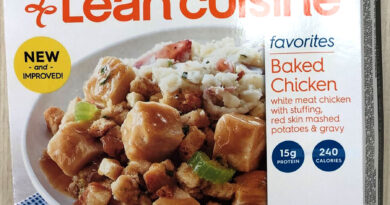 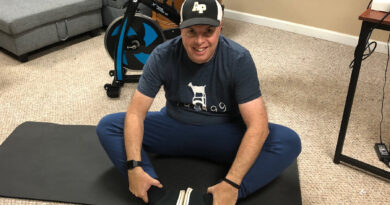