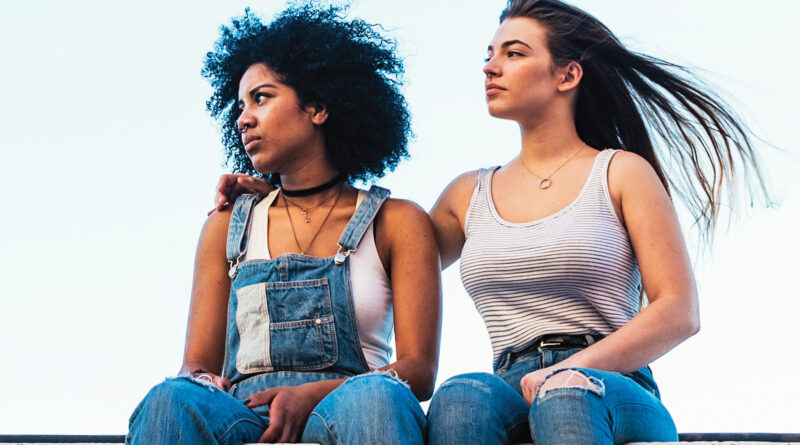 Starting a family is a big step for everyone, but having a child is more complicated when both partners are the same sex. When a couple is gay or lesbian, they’re missing at least one essential piece of the conception puzzle.

“To conceive, you need a sperm, an egg, and a uterus,” says Amanda Adeleye, MD, assistant professor of obstetrics and gynecology, and reproductive endocrinologist at the University of Chicago Medicine. In the absence of any of these elements, couples need help — often from a fertility clinic.

A Gay Couple’s Journey to Pregnancy

Gay couples start out with sperm, which either partner can contribute. What they lack is an egg and a uterus, which typically don’t come from the same woman. “The general consensus is that it’s not ethical to do so, and it poses too many potential problems for the couple because the infant carries the woman’s genetic material,” says Jennifer L. Eaton, MD, director of the Division of Reproductive Endocrinology and Infertility at Women & Infants Hospital and the Warren Alpert Medical School of Brown University in Providence, RI.

Instead, most gay couples use a donor egg and a gestational carrier, or surrogate, who could be a friend, family member, or a woman the couple find through an agency. Mark Leondires, MD, and his husband had two different surrogates, one for each of their two children.

Gestational carriers must undergo a “rigorous screening process,” says Leondires, who is also founder and medical director of Reproductive Medicine Associates of Connecticut (RMACT). There are a battery of tests to make sure her uterus is healthy enough to carry a pregnancy, she has no infectious diseases, and she’s emotionally ready to undergo the process.

The ideal gestational carrier should be between the ages of 21 and 45, in good health, and have had at least one child of her own. That last part is important, Eaton says. “We know they’re able to carry a pregnancy to term and had a history of having a healthy infant.” She adds, “Studies have shown that women who have given birth to their own child are less likely to feel an attachment to the baby they’re carrying for somebody else.”

The couple also chooses donor eggs, which typically arrive frozen from an egg bank. The eggs are thawed, fertilized with sperm via in vitro fertilization (IVF), cultured in a lab, and then transferred to the gestational carrier’s uterus.

A Lesbian Couple’s Journey to Pregnancy

Female couples come into the process with eggs and a uterus, but they have an important decision to make. Who will carry the pregnancy, and who will provide the egg? The answer comes down to a combination of personal choice and biology.

Lorie Mason was already 42 when she and her wife, Shannon, started the process of having their first child. They decided Shannon, who is almost 8 years younger, would use her egg and carry the pregnancy. “I would have had to do all of these fertility treatments,” Lorie Mason says.

From there, couples can decide to purchase sperm from a donor through a bank, or ask a friend or family member. Lorie Mason says they searched for their donor for months, a process she likened to buying a house. “We were looking for someone with a Polish background because I wanted to tie it into my culture. And blue eyes, because I have blue eyes. We obviously wanted someone who didn’t have any major diseases in their extended family,” she says. They also wanted an open process, to give their children the option of meeting their donor someday.

The most straightforward and cost-effective way for lesbian couples to conceive is through intrauterine insemination (IUI), in which the fertility clinic places the donor sperm directly into the uterus of the partner who is carrying. The clinic can either time the IUI to coincide with the woman’s natural ovulation, or induce ovulation with medication.

IUI doesn’t always work, however. The couple went through seven cycles with no luck. Ultimately, they turned to in vitro fertilization (IVF), which took on the first try.

When both partners want to be part of the process, they can use reciprocal IVF. One partner provides the egg, which is fertilized via IVF. The other partner receives the embryo and carries the pregnancy. But because IVF is expensive and more invasive, “Usually that is not the first pathway couples will go down,” says Suneeta Senapati, MD, assistant professor of obstetrics and gynecology at the Hospital of the University of Pennsylvania, and director of third-party reproduction at Penn Fertility Care.

The path to parenthood is filled with obstacles for same-sex parents. Two decades ago, many gay couples had to pretty much forgo having their own children because fertility options weren’t available to them. “That was our ‘cross to bear,’” Leondires says.

Even now, gay and lesbian couples face emotional, financial, and legal hurdles. The Masons were jealous of their straight friends who seemed to get pregnant with little effort. Having their two children “was a lot of work, and very emotional and expensive,” Shannon Mason says. “That’s one thing we can tell our kids,” Lorie Mason adds. “You were not a mistake. We meant to have you.”

Just finding a fertility clinic that works with gay and lesbian couples can be challenging. One study found that only half of fertility clinic websites had LGBTQ-related content on their pages. Clinics in the Midwest and South were less likely to be inclusive than were clinics in the Northeast and West.

Using a clinic that’s experienced in the procedures lesbian and gay couples use to conceive is important. “There are very specific protocols that need to be in place when using eggs and sperm that are not from the couple,” Senapati says.

Every part of the fertility process costs money, starting with the eggs or sperm couples will need. Women have the advantage of already having an egg and uterus, but a single vial of sperm can cost close to $1,000. And if a lesbian couple want genetically related children or are concerned they won’t get pregnant on the first try, they may need to buy several vials from the same donor upfront.

IUI costs between $300 and $1,000 per try, and the chances of getting pregnant each cycle are just 15% to 20%, even when there are no fertility issues involved. IVF costs an average of $12,000 to $15,000 per attempt, not counting medications. Fortunately, for Lorie and Shannon Mason, they were able to enroll in a clinical trial that paid for their IVF. “But even the drugs were $3,000,” Lorie Mason says.

For men, the added cost of the surrogate — up to $150,000 for the agency plus IVF — can be prohibitive. And it can take multiple embryo transfers to achieve a pregnancy.

Even if same-sex couples are lucky enough to have health insurance that covers infertility treatments like IVF and IUI, they may not qualify. Insurance coverage often doesn’t kick in until a couple has had unprotected sex for at least 12 months without conceiving, which leaves out gay and lesbian couples.

A few nonprofit organizations offer grants or scholarships to help offset the costs of fertility treatments, including the Cade Foundation (cadefoundation.org), the Baby Quest Foundation (babyquestfoundation.org), and Journey to Parenthood (journeytoparenthood.org). Organizations like the American Society of Reproductive Medicine (asrm.org) and Resolve (resolve.org) can also help couples find funding and other resources.

When a same-sex couple have a child, the partner who isn’t the genetic parent will need legal documentation to have any rights over the child. In most states, the person who gives birth to the child is considered the legal parent, which means the gestational carrier must give up parental rights in order for the process to move forward. Because of the legal challenges involved, “We recommend that couples meet with a reproductive lawyer,” Senapati says.

Conceiving a child can be a stressful and sometimes frustrating process for same-sex couples. Even in the best of circumstances, fertility treatments may not work on the first try.

As women get into their late 30s and beyond, the less likely it is that they’ll conceive during any given cycle. “It takes a lot of cycles and a lot of time, emotional determination, persistence, and strength to get there,” says Taraneh Nazem, MD, a reproductive endocrinologist and infertility specialist at RMA of New York.

Acceptance can be another issue. Although nontraditional families are becoming more commonplace, sometimes friends and families aren’t immediately on board. “There are scenarios where people may not have the support they would like, or they feel very alone in this process,” Senapati says.

A visit with a reproductive psychologist can be invaluable before you try to conceive. “We met with a mental health professional who was experienced in third-party reproduction, who guided us through the decision making,” Leondires says. A psychologist can also help you decide how to tell your child their origin story someday.

Another place for couples to turn is an online or in-person support group, Nazem says. “Support groups are key in this process — knowing that you’re not the only one who’s had to break down barriers or deal with challenges.”

114,000 — The number of same-sex couples who are raising children in the United States.

24% — Amount of female couples who are raising children.

8% — Amount of male couples who are raising children.

Put Your Plan Into Action 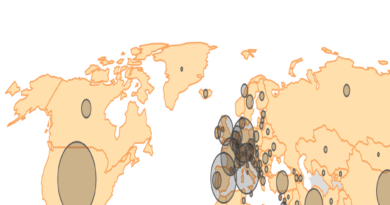 Tracking The Spread Of The Outbreak : Goats and Soda : NPR 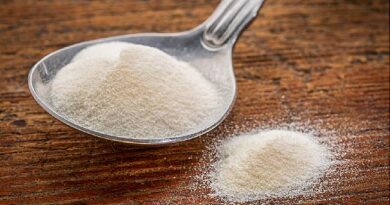 Can It Really Help With Skin and Joints?