A young woman discovers she is the daughter of the infamous Dr. Jekyll and begins to believe that she may also have a split personality, one of whom is a ruthless killer. —Anonymous

After turning 21 years old, a young woman learns that she is the daughter of the infamous Dr. Jekyll. This horror film deals with the young woman’s attempts to determine whether or not she has fallen victim to her father’s curse, especially after her maid is mysteriously, gruesomely murdered.

The movie opens with a swirling mist and narration about the story of Dr. Jekyll and Mr. Hyde (a novella by Robert Louis Stevenson, published in 1886 and titled: “Strange Case of Dr. Jekyll and Mr. Hyde”). There follows a close up of a man, Dr. Lomas (Arthur Shields), mid-transformation into a Mr. Hyde like character. Title and credits roll over a long shot of a mansion. It is the early-1900s, we are somewhere in England, and an old car pulls up to the mansion.

George Hastings (John Agar) helps Janet Smith (Gloria Talbott) out of the car. He moves the luggage up to the house and rings the doorbell. Jacob (John Dierkes) answers the door but has no reaction to Janet. He stands there mute staring at her. Mrs. Merchant (Martha Wentworth) pushes him aside and welcomes Janet and George. Janet goes upstairs to her room where she meets her maid, Maggie (Molly McCart). She freshens up and changes for dinner. Maggie is in a hurry to walk home to the village. She refuses to sleep in the house, but won’t give Janet an explanation. Maggie leaves the house, but the moon has already risen. Janet asks Mrs. Merchant about Maggie’s superstition. Dr. Lomas, Janet’s Guardian, arrives home and greets Janet and George. Janet explains George came along to celebrate her twenty-first birthday. She also explains that she and George are to be married. Dr. Lomas expresses his surprise. He tells her he should have been consulted before such an announcement. She is seeking an independent life, free of any financial entanglements with Dr. Lomas. While she is grateful for seeing to her needs as a child, she and her new husband want independence. Lomas tells her she was never living on his money, but her own money. She is an heiress to an estate and considerable fortune. The house and surrounding land are vast, and all hers. He has one final item on his list, but he begs off telling her. He says it can wait until morning.

Janet surprises Lomas by revealing that she and George have decided to marry as soon as possible. Lomas says that their decision is “rash and ill-advised,” but then announces that in addition to the house, Janet is inheriting a “sizable fortune” and a huge estate. He also says, ominously, that he has another inheritance to explain in the morning.

The next morning, Janet and George discover a hidden laboratory in the house. When they ask Lomas about it, he refuses to say anything until George leaves the room. George does, but when Janet returns from the lab, she tells him that the wedding is off because Lomas has told her that she’s the daughter of the werewolf Dr. Jekyll. After Lomas takes them to the family crypt to see Jekyll’s tomb, Janet says that she fears passing on “this madness” to her and George’s future children. When George asks if that’s possible, Lomas says that there’s no proof one way or the other. 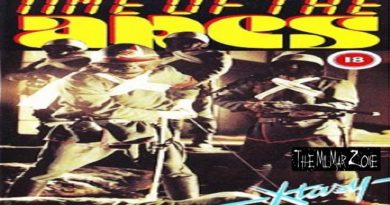 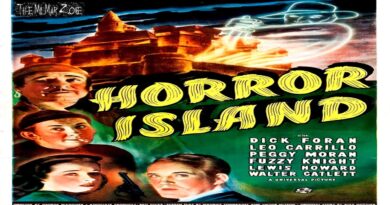