Taglines:
Earth attacked!
The last word in science-fiction thrills!
INVASION FROM ANOTHER PLANET! (original print ad – all caps)
Attack by monsters from another planet!
Strange creatures from another world attack planet earth!
It’s a nuclear nightmare!

An atomic scientist claims he was abducted by aliens after being injured in a plane crash.

Peter Graves stars as a scientist killed in a plane crash who is resurrected by an alien race for the purpose of acquiring the information necessary for them to take over the planet. Also known as Aliens from Space.

Synopsis: (spoilers)
We open with a dawn view of a government installation in the desert. A narrator (Mark Scott) tells us, “Soledad Flats, Nevada. The time is 6:15 a.m. The climax of arduous planning. Operation A-bomb test underway.” Detonation is two minutes away and troops are stationed in trenches to witness the test. A jet is aloft carrying sensitive instruments and Dr. Doug Martin (Peter Graves). He is ready to record the levels of radioactivity from the closest possible vantage point. Observers on the ground, settle in their wooden chairs, and we see the flash and the growing mushroom cloud from a high angle above. While the cloud increases in size the title of the movie is shown. The plane circles the cloud as Dr. Martin records data on radioactivity. The pilot, call sign Tar Baby 2 (Ben Welden) radios in altitude and speed while Dr. Martin reads radiation levels to the ground. The pilot moves in closer and spots a flashing light on the ground. The pilot loses control of the aircraft. Repeated calls to the jet go unanswered. A search is launched and the wreckage is immediately discovered.

Col. Banks (James Seay) calls Dr. Kruger to ask that he join him in his office. Banks is meeting with Ellen Martin (Barbara Bestar). Banks tells Mrs. Martin that wreckage was discovered, and the body of the pilot, but not of her husband. Dr. Kurt Kruger (Frank Gerstle) enters the office and comforts the widow. Sometime later, Dr. Martin wanders back to the base guard gate, still wearing his flight suit. He is brought to the base hospital and examined by Dr./Maj. Clift (Shepard Menken). Clift pronounces Martin fit and asks him to recount his movements after the crash. Martin, now sporting an “L” shaped scar on his chest that measures about four inches by four inches, remembers nothing between the crash and his arrival at the base gate. The doctor asks about the scar, and Martin explains he must have gotten it in the crash. Dr. Clift refutes that story by explaining, “No this was surgery. Very skillful incision.”

Mr. Briggs (Steve Pendleton) is from the FBI. He joins Col. Banks and Maj. Clift to discuss Dr. Martin. Banks just finished questioning Dr. Martin. Briggs is concerned about security and wants all the missing time to be accounted, and adds, “Did you ever stop to think that perhaps this Dr. Martin isn’t really Dr. Martin?” Sometime later Briggs was able to confirm that Dr. Martin was the same and informed Col. Banks. Banks and Cliff called Ellen in to brief her on her husband, and why he was still being held in the base hospital. They inform her he is to be released into her custody.

Plot: Spoilers?
Dr. Douglas Martin (Peter Graves) is a nuclear scientist working on atomic bomb tests. While collecting aerial data on a United States Air Force (USAF) atomic blast at Soledad Flats, he loses control of his aircraft and crashes. He appears to have survived, unhurt, walking back to the airbase with no memory of what happened. On his chest is a strange scar that was not there before the crash.

At the base hospital, Martin acts so strangely that the USAF brings in the FBI to investigate, thinking he might be an impostor. He is eventually cleared but told to take some time off. Martin protests being excluded from his project while on leave. 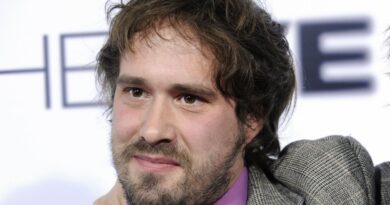 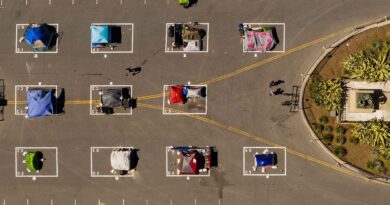 Homeless people were put in hotels to keep them safe. Now they’re being evicted 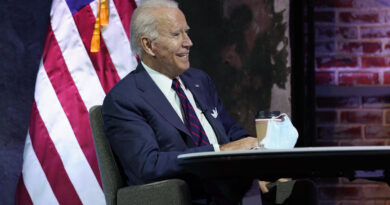