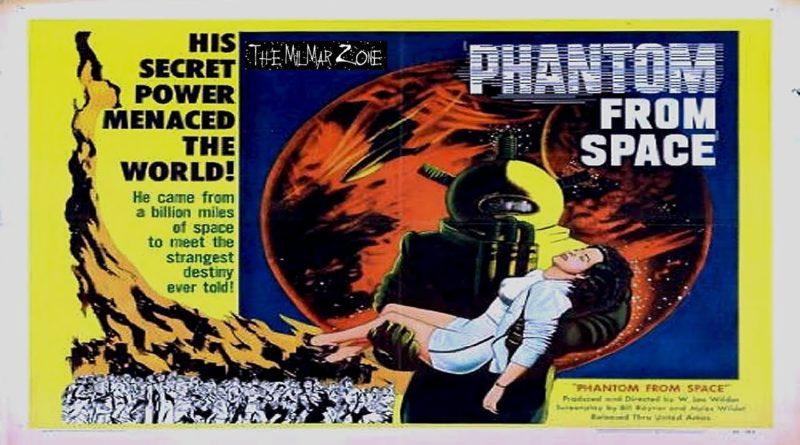 Taglines:
WHAT was he?
His secret power menaced the world!
He came from a billion miles of space to meet the strangest destiny ever told!

An alien being with the power of invisibility lands in Santa Monica. Killing two people who attacked him due to the menacing appearance of his spacesuit, the creature takes it off while being pursued by government authorities. —Jeremy Lunt (durlinlunt@acadia.net)

In this sci-fi film, an invisible alien crash lands on Earth near an L.A. observatory and begins causing all sorts of trouble. First, he begins by blundering over several picnickers and killing them. Naturally, the police investigate and enlist the aid of two scientists.

We open with title and credits shown over a sky filled with billowing clouds. A narrator tells us, “This is Washington, D.C., and in the files of the Central Bureau there is a story so strange in its implications that it defies ordinary classification. It is the story of a handful of people, who in the course of one desperate night, held back a wave of panic and pandemonium.” At 7:19 p.m. an unidentified object was picked up on radar 200 miles southwest of Point Barrow, Alaska. At 7:27 the UFO was picked up in Fairbanks, Alaska at a height of 75,000 feet and with an estimated speed of 5,000 miles per hour. The craft dropped speed and altitude until it reached Santa Monica, California. At 10,000 feet and 1,200 miles per hour, it disappeared off radar at 8:18 p.m. Radio and Television signals were disrupted by the beach and teams were sent out to track the disturbing force to its origin. Hazen (Ted Cooper) and Charlie (Tom Daly) made up Mobile Unit 1, while Joe (Burt Wenland) made up Mobile Unit 7. The operator (Steve Acton) coordinated reports from the field and directed the teams to the likely source of the interference. Hazen and Charlie, en route to the location, encountered a woman on the road. Betty Evans (Lela Nelson) was in a panic and reported that her husband and a male friend were attacked and are hurt. Hazen and Charlie tried to radio in the report but encountered radio interference. Betty went on to describe the attacker as wearing a diving suit and helmet. Hazen joined Betty at the picnic area to check on the two victims of the attack.

Hazen was asked to provide a report at Police Headquarters. Pete Darrow (Bert Arnold) was there giving his statement. Since Betty’s husband died, they questioned Pete’s actions and motives. They weren’t buying his fantastic story. The description of his assailant was hard to believe. Pete claimed it didn’t have ahead. Lt. Bowers (Harry Landers) was skeptical and asked Pete to go over his story again. Bowers suspected a love triangle and murder. A phone call sent Bowers to the site of another murder in the same area.

Plot: Spoilers?
Federal Communications Commission (FCC) investigators arrive in the San Fernando Valley after what appears to be a flying saucer crash, causing massive interference with the radio transmissions. During their investigation, they receive eyewitness reports of what appears to be a man dressed in a bizarre outfit, which appears to be radioactive and thus a public threat.

Their investigation uncovers that the man is actually a humanoid creature from outer space, who is invisible without his spacesuit. They start a massive manhunt for the invisible, radioactive alien running loose.

The action culminates in Los Angeles where the invisible alien has been tracked. He becomes trapped inside the famous Griffith Observatory. A woman lab assistant discovers that he can be seen using ultraviolet light. The alien attempts to communicate by tapping out code, but no one can understand it. Now breathing heavily because his breathing gas reserves are now running low, he has trapped high-up on the Griffith telescope’s upper platform. Because he can no longer survive without his breathing gas, he falters and then falls to his death. His body briefly becomes visible before completely evaporating 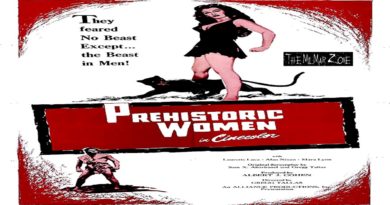