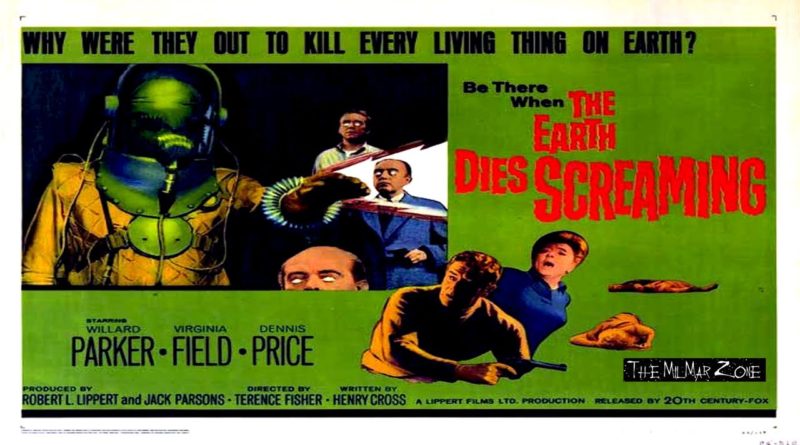 Taglines:
Why Were They Out To Kill Every Living Thing On Earth?
Be There When…
Who… Or What Were They… Who Tried To Wipe All Living Creatures Off The Face Of This Earth?
They Came From The Heavens… And Sent The World Into Hell!

In Britain, a group of survivors fights off a deadly alien invasion that uses robots and poisonous gas to take over the Earth.

This obscure little science fiction/horror film (a British-American co-production) stars Willard Parker as a heroic astronaut who returns from a test flight to discover that most of England have been utterly destroyed by alien invaders, whose armies of killer robots have transformed nearly all of their victims into zombies. Parker manages to rally together a small resistance army from a few scattered survivors in outlying villages, and they eventually find the earth-based relay point for the transmissions which have enabled the invaders to coordinate the robot attack by remote control. Although entertaining overall, the story lags after a thrilling first half, with the final battle hampered by budget limitations. ~ Cavett Binion, Rovi

Synopsis: Spoilers
A steam train rushes through the countryside a dead engineer in the cabin. It finally reaches a bend in the tracks and because of excessive speed, crashes. A car, the driver slumped over the wheel crashes into a wall. Finally a plane, the pilot unresponsive, crashes into trees. Everywhere people are collapsing dead. At the train station, on a golf course, everywhere they are dead.

A single-vehicle appears the driver Jeff Nolan (Willard Parker) is alive but uncertain whats happened. He stops in a village and picks up a shortwave radio before checking on a couple people lying in the street to confirm they are dead.

Grabbing his gun he takes over a local hotel. He tests his shortwave radio then the TV at the bar, there are now signals he can detect except for some strange rhythmic static. Preoccupied with the radio, Nolan doesn’t see, Quinn Taggart (Dennis Price) carrying a gun and his wife Peggy (Virginia Field) enter the hotel. They demand to know who he is and any identification he may have.

Taggart relaxes when he discovers Nolan is American which he assumes means he is not an enemy or the cause of the disaster. Taggart explains the situation is the same all over the South everyone is dead. Nolan tests military aircraft, he was on a routine flight with a new experimental craft. When he went up, everything was normal, but when he returned, everyone was dead.

Taggart goes to check the surroundings of the hotel, and Peggy confides they are not married. Taggart recommended she tell this story if they encountered anyone. She doesn’t have any other details to add because she was in an oxygen tent at a hospital and only left when she couldn’t contact any staff

Taggart returns and explains his theory that the current circumstances were no accident, but the start of a war. It is only a matter of time before whoever won the war comes in to take over the country and seek out and kill survivors like themselves. Later Nolan notices a wrecked car that is now empty. A voice calls him from across the town square and it is Edgar Otis (Thorley Walters) who Nolan recognizes as one of the victims. Otis then introduces his wife Violet Cortland () who is heavily pregnant and her husband Mel (David Spenser) 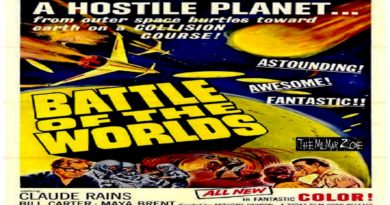 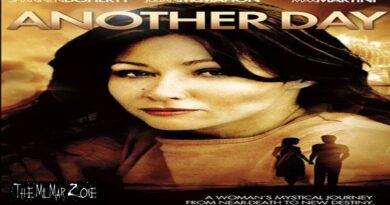 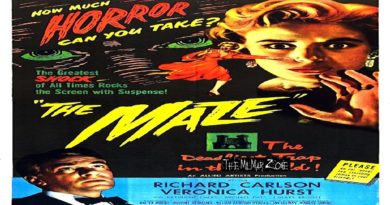