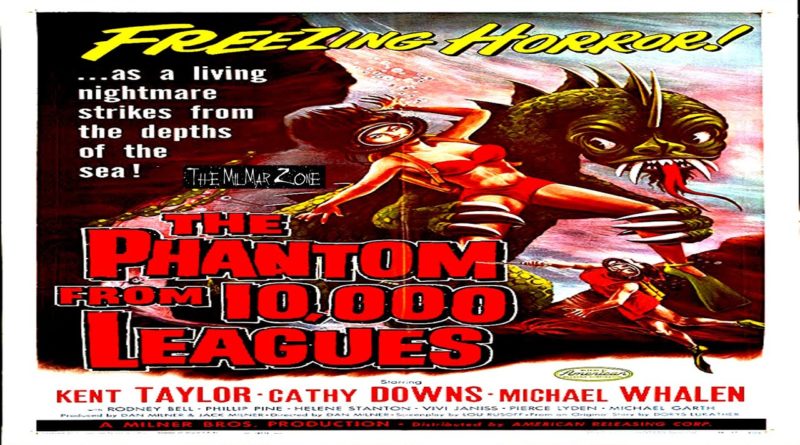 A seaside community is terrorized by a hideous sea monster, which has been created by experiments in atomic radiation.

A professor works for an oceanography college on the Pacific coast. He has a daughter. A series of fishermen deaths are reported. A government investigator—not the FBI—and a scientist show up. They soon discover an unexplained source of atomic power on the ocean floor that is guarded by a strange monster. The scientist learns from the professor’s secretary that his experiments have something to do with the strange monster. The agent learns that negotiations to sell the atomic inventions, and the very strange monster, to a foreign power are underway. The secretary is killed by the professor’s assistant, who has been seeking to turn over the atomic-secrets to a foreign power. The agent discovers the assistant’s activities and arrests the assistant and the foreign agent. A ship explodes off the coast. The professor now—just now?–realizes that the undersea weapon and the strange monster are a danger to humanity. The professor dives into the sea with the intent to blow up the weapon with dynamite. The monster grabs him and the professor, the strange monster, and the atomic weapon are all blown up. Finis. — Les Adams

Kent Taylor and Rodney Bell are investigating several mysterious underwater deaths, supposedly caused by a sea “phantom.” The pair suspect that a professor of oceanography (Michael Whalen) knows something about the phantom, which he most certainly does. The phantom, a mutated sea monster, is the result of the prof’s e-e-evil experiments with an “atomic ray.” Both villain and phantom (which looks like an ulcerated beach toy) are dispatched by a few sticks of TNT. Phantom from 10,000 Leagues is just one more grade-Z horror flick of the 1950s in which more time was spent coming up with a catchy title than on the film itself.

Plot: Spoilers?
A mysterious, man-sized monster kills a fisherman at sea. Biologist Ted Baxter (Kent Taylor) and Federal Agent William Grant (Rodney Bell) discover the man’s body, washed up on the beach, and covered with radioactive burns. They decide to investigate the strange death. After two young divers are killed by the monster, Ted and Grant decide to go dive in the same location and investigate the area. They discover a glowing radioactive rock being guarded by the monster. Grant shoots it with a harpoon gun, allowing them to escape, but the creature survives.

Agent Grant captures the foreign agents after one of them kills King’s secretary with a spear gun. Ted finally tells Dr. King that the monster is killing people and that it must be stopped. When King witnesses a ship explodes as it passes over the rock, he realizes Ted is right. He destroys his lab and goes out to the ocean to kill his creation using dynamite. Shortly before a timed detonation, the monster grabs Dr. King while he’s planting the underwater explosives. Ted, Grant, and Lois arrive just in time to witness the large explosion, which destroys the rock, the monster, and Dr. King. 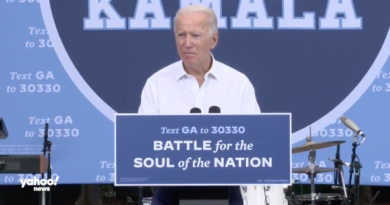 Biden campaigns in Atlanta, notes how remarkable it is that Democrats are competitive in Georgia [Video] 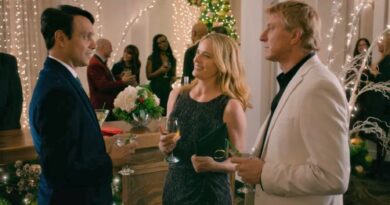 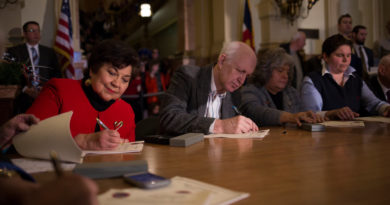