Tagline:
The towering terror from hell!

War of the Colossal Beast picks up a year after the end of The Amazing Colossal Man — Joyce Manning (Sally Fraser), sister to the first film’s 70-foot-tall Colossal Man, Lt. Col. Glenn Manning (Glenn Langan), believes that her brother is still alive, despite his fall off of Boulder Dam at the denouement of the first movie. Her hope is based on reports out of Mexico about a “very big man” attacking truckers and other passersby in a remote part of the country. As it turns out, Manning (played here by Dean Parkin, since Langan turned down the request to star in a sequel) is alive and hiding somewhere in the mountains, bigger than ever and suffering from serious brain damage, with a hideously deformed face that is covered in scar tissue and missing an eye. Every effort at communicating with the giant fails, and as things always transpire in movies of this sort (at least since the silent version of The Lost World), he breaks out of the place where he is being held and goes on a rampage.

The film starts with a young Mexican man driving a truck at a breakneck pace. After the truck ends up submerged in water, the young man gets out of the truck, looking at something and screaming his head off.

Sometime afterward in Guavos, Mexico, the owner of the truck named John Swanson goes into the Sheriff’s office to report the truck to be missing. The Sheriff then explains to John that they have already located the young man who was driving the truck, but he is in a state of shock, unable to say anything. Going to the scene where the man was found, the Swanson and the Sheriff note that the tracks of the truck indicate that something lifted it off the ground, to which the truck owner finds this hard to believe.

The news of the Swanson’s disappearing truck soon appears on news outlets. One person who watches the program is Joyce Manning. She soon contacts Swanson, as well as the Army, who send US Army Major Baird to her place. Joyce then tells the two of her theory, that Swanson’s truck was taken by her brother, Glenn Manning. Previously, exposure to an atomic bomb had caused Glenn to grow over 60 ft tall. He then went on a rampage that ended with him being shot and plunging into the waters beneath the Hoover Dam. Joyce surmises that the waters may have carried him down to Mexico.

Joyce soon makes her way down to Guavos, where the young man comes out of his shock, and explains that it was a “big person” that attacked his truck. Major Baird soon comes down when Joyce tells him what the young man saw. The Major is accompanied by Dr. Carmichael. Joyce and several other people go out to the site where the young man was found and find a large footprint. There are more prints leading up into the nearby mountains. Following them, the group finds an area littered with trucks. However, as darkness is setting in, the group returns back to town.

Even so, Joyce is upset when at dinner, Major Baird explains that he has contacted the Mexican Government to supply them with artillery and tanks to capture Glen. Joyce feels that if they can find him, maybe they can reason with him to give himself up peacefully. At Joyce’s insistence, Major Baird returns with her to the mountains where some of the trucks were. Here, they find Swanson’s missing truck, as well as others that have been emptied, leading the two to surmise that Glen may be raiding the trucks for food. As if to answer their question, Glen appears, though grunting like an animal, and looking through another truck. Half his face is exposed to skeleton now due to the fall and damage. 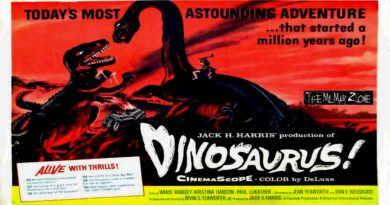 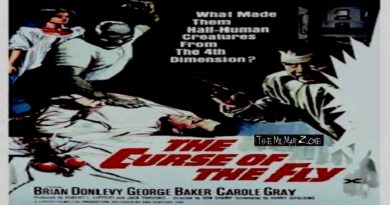