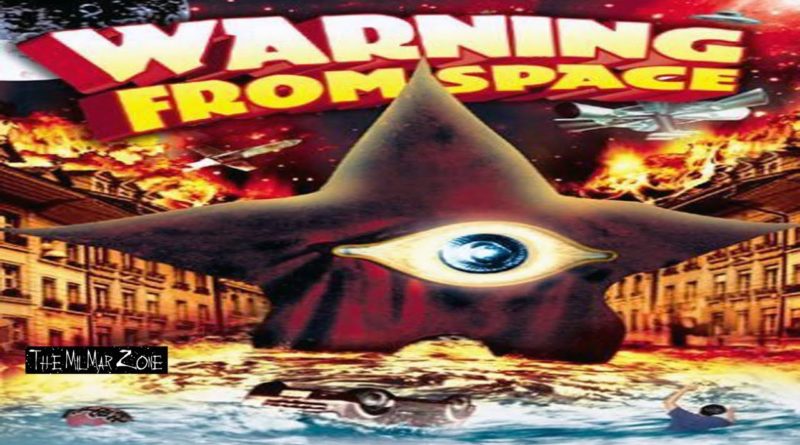 UFOs are seen around Tokyo. Because they look like giant starfish the aliens cannot approach us without creating panic. Hence one of them sacrifices itself and takes the form of a popular female singer. It/she warns mankind that a meteor will crash on Earth. While the approaching meteor causes hotter and hotter weather, mankind runs and builds a last-chance anti-meteor weapon.

Translated into English, the title of this Japanese sci-fi endeavor is Unknown Satellite over Tokyo. The extraterrestrials on this occasion are weirdly shaped creatures with one eye in the middle of their bodies. The aliens take the form of human beings so that they can warn mankind of an imminent disaster: the earth is on a collision course with another planet. Once the creatures have conveyed their messages, a scientist races against time to create a bomb that will throw the other planet off its course. Alas, foreign spies, apparently unmindful that the destruction of earth will affect them too, steal the super-weapon, and the chase is on. ~ Hal Erickson, Rovi

Synopsis: Spoilers
Aboard the alien spacecraft, the Pairan are doing a mission brief, two of their kind have been selected to go to Earth and attempt contact with a specific scientist on the island of Japan. Dr. Kamura (Bontarô Miake) a leading astronomer and newspaperman meets for dinner. The reporter shows the Doctor and article he is writing about the flying saucers seen over the city recently; he then tries to pump the doctor for more explanations. The Doctor is tight-lipped and tells him nothing

At the local observatory, astronomer sees a series of lights in the sky. The lights move in over Tokyo and begin causing power and radio fluctuations. Taeko (Mieko Nagai) the doctor’s daughter arrives at the restaurant minutes after he leaves

Taeko arrives home to discover her father and Dr. Toro Isobe (Shôzô Nanbu) discussing the recent unusual sightings. From Taikos reaction to his presence, she has feelings for him, which her father dismisses. Outside the house, the cry goes out that a flying saucer has been sighted. Isobe and Kamura witness the behavior of the object and agree it may have been a real flying saucer

The next day there are news reports the object may have fallen into Tokyo Bay. The observatory staff is tight-lipped and won’t expand on the earlier news reports. At the observatory, reports from both London and Delhi confirm what was seen in Tokyo

The next day men fishing by the river briefly catch sight of one of the Pairan before it sinks back into the water. That same night at the docks, the Pairan encounter a similar reaction. At the observatory, a coordinated effort is being made with the local rocket range to fire a missile capable of taking photos of the objects.

The next morning at the docks the authorities disbelieve the reports of the creature till radioactive residue is discovered on a dockside wall. As they investigate, news comes through the rocket has been successful, other than being bright, there are no other details revealed.

Throughout the night the Parian continues to contact humans with progressively worse results and people become more and more panicked. At a local nightclub the famous singer Hikari Aozora (Toyomi Karita) is attacked by one of the Parian she is deep in shock and further performances are canceled. 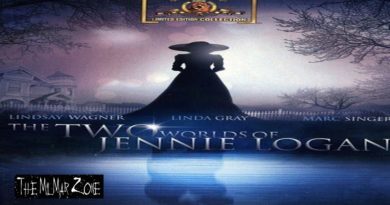 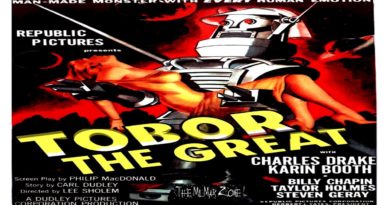 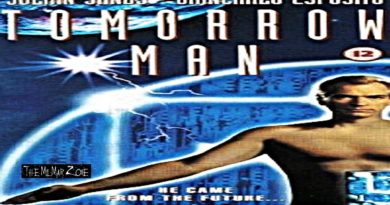