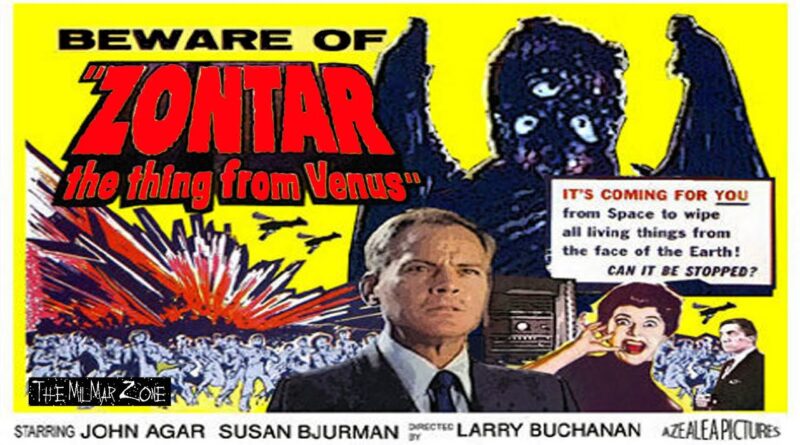 Remake OF: It Conquered the World 1956
Watch NOW: https://youtu.be/MKwF6yF_ZJs

Tagline:
From another planet… sent to enslave mankind!

A young scientist who helps a lone alien from Venus finds out it wants to destroy man. —directorgene

A misguided scientist enables an alien from Venus named Zontar to come to earth in order to help solve man’s problems. However, Zontar has other ideas, like disabling the power supply of the entire world and taking possession of important officials with mind control devices. —Jeremy Lunt (durlinlunt@acadia.net)

A scientist believes that an inhabitant of Venus has come to rid the Earth of man’s greed and inhumanity.

Zontar, the Thing from Venus (also known as Zontar: The Invader from Venus) is a 1967 American made-for-television horror science fiction film directed by Larry Buchanan and starring John Agar and Susan Bjurman. It is based on the teleplay by Hillman Taylor and Buchanan. It is a low-budget 16mm film color remake of Roger Corman’s It Conquered the World (1956), which also featured an alien invader from Venus.

Plot: Spoilers?
At a dinner party with their wives, NASA scientist Dr. Keith Ritchie (Tony Huston) reveals to his colleague Dr. Curt Taylor (John Agar) that he has secretly been in communication with an alien from Venus named Zontar who he claims is coming to Earth to solve all of the world’s problems. However, as soon as Zontar arrives on Earth via a fallen laser satellite it quickly becomes obvious that the three-eyed, bat-winged, skeletal black creature has a hidden agenda, as it begins causing local power outages that stop telephones, automobiles, and even running water from working, and it starts taking control of people’s minds using flying lobster-like “injector-pods” that sprout from its wings. Only after his wife is killed does Ritchie finally realize that Zontar has come not as a savior but as a conqueror, and he goes to confront the hideous alien in the sulfur spring-heated cave that it has made its secret base.

Remake OF: It Conquered the World 1956
Watch NOW: https://youtu.be/MKwF6yF_ZJs 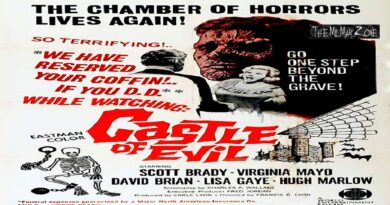