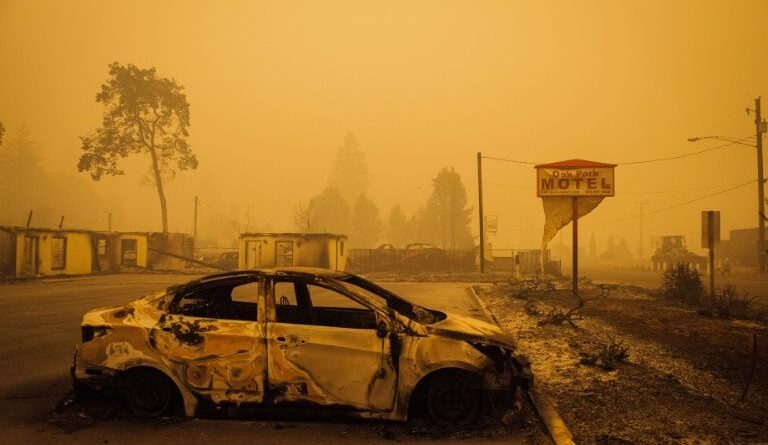 Firefighters were battling unprecedented wildfires up and down the US West Coast on Friday that killed 15 people and forced more than half a million others to flee their homes, with officials warning of more deaths to come in the days ahead.

The true scale of destruction was impossible to count across wide stretches of California, Oregon and Washington cut off from the world by an apocalyptic wall of flames, fuelled by record heatwaves and intense, dry winds.

The August Complex Fire became the biggest recorded blaze in Californian history on Thursday, after multiple fires in the state’s northwest combined under high temperatures and winds to rip through 746,000 acres of dry vegetation.

More than 2.6 million acres have been burned across the whole state so far, a Cal Fire spokesman said on Thursday evening.

Half a million people have been evacuated in neighboring Oregon, where the government said firefighters were “prioritizing life (and) safety as they battle a record 900,000 acres of wildfires.”

Governor Kate Brown said that the amount of land incinerated by fires in just the last 72 hours was twice the state’s annual average, and that at least five towns had been “substantially destroyed.”

“We have never seen this amount of uncontained fire across our state,” she told a press conference.

Huge wildfires are becoming more common, with the World Meteorological Organization saying the five years to 2019 was “unprecedented” for fires, especially in Europe and North America.

Local Oregon officials confirmed two deaths in the Santiam Canyon region south of Portland, and a third in the Ashland area, near the California border.

Police went door to door to make sure that residents were evacuating the city of Molalla, marking their driveways with spray paint to show they had left.

“It’s one thing to leave your house, it’s another thing being told that you have to leave,” said Denise Pentz, a resident of the town for 11 years, who was loading her family belongings into a camping trailer.

Among those killed in the past day was a one-year-old boy who perished while his parents suffered severe burns as they attempted to flee an inferno 130 miles east of Seattle.

“This child’s family and community will never be the same,” said Washington governor Jay Inslee, in a statement on his state’s first fire death of 2020.

Police said the death toll had jumped to 10 in northern California’s Butte County on Thursday.

“We have to report an additional seven deceased individuals were located by our deputies and detectives today,” Butte County Sheriff Captain Derek Bell said.

One unidentified person was killed in far northern California, near the remote rural community of Happy Camp, a Cal Fire spokeswoman told AFP.

Tina Rose, 29, fled her home in central California after witnessing a nearby mountain “glowing red” from looming wildfires.

“It is something we never want to experience again,” she told AFP, speaking from her brother-in-law’s crowded home near Fresno.

In the San Francisco area, Wednesday’s deep orange sky caused by wildfire smoke gave way to a wintry gray, but cars were still forced to drive with lights on in the gloom.

Polluted air meant schools and daycare centers were no longer letting children play outside, while seniors were encouraged to stay inside.

But the strong, dry winds of the past days eased off across much of the state, with severe weather warnings lifted for most of California.

Humidity is expected to rise as temperatures cool through to next week, providing some relief, Cal Fire said.

Much of the smoke has blown down from the north, where the Bear Fire exploded at an unprecedented speed this week, combining with older blazes to threaten the town of Oroville.

Evacuation warnings were expanded to parts of the town of Paradise, the site of California’s deadliest modern fire, which killed 86 people less than two years ago.

Governor Gavin Newsom blamed the ferocity of this year’s fires on climate change.

“We must do more,” he tweeted. “We need action at EVERY level. CA cannot do this alone. Climate change is REAL.” 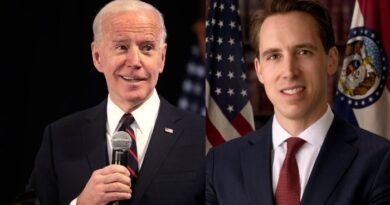 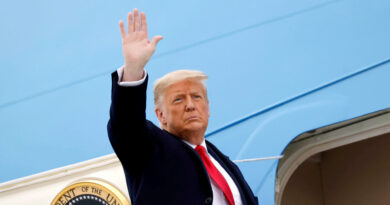 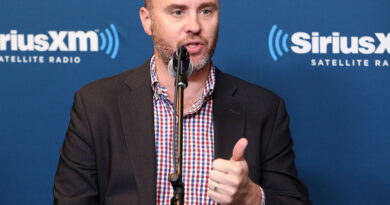