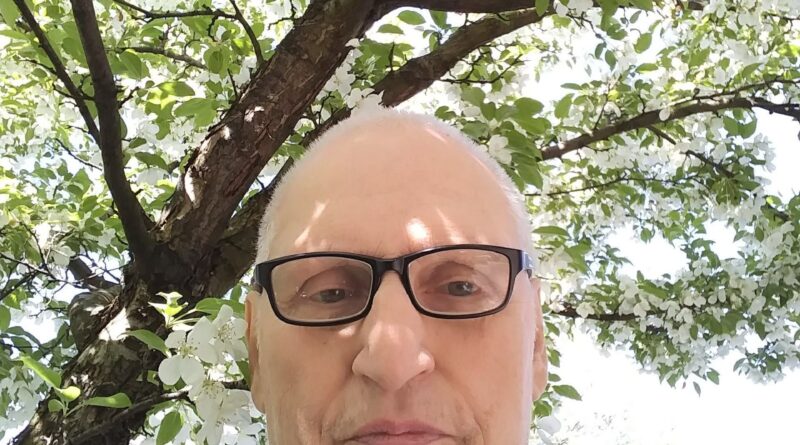 BUFFALO, N.Y. – It was his name that gave him away.

“Hey, are you the 75-year-old guy who was hit in Buffalo?” a post office worker asked.

But the videos that captured the moment when Buffalo Police officers shoved Gugino backward in front of Buffalo’s City Hall in June during a protest over the death of George Floyd, causing him to fall and crack his skull on the pavement, had been seen around the world.

Gugino, speaking to the USA TODAY Network’s New York State Team last week in his first extended interview, was reluctant to go into detail about the incident, which sent him to the hospital for a month to recover from a brain injury and a fractured skull.

That’s because he doesn’t remember the moment he was shoved, and he has flashes of memory in the minutes before or after. Video recordings helped him fill in the blank spots of what happened that evening.

He is seemingly uninterested in becoming a symbol of a trend or a movement, or drawing attention to himself.

When asked about the context surrounding his fall and injuries, he noted that “a lot of people are injured, and a lot of people are killed,” and often, nothing is done about those incidents, especially if there was no record of it on video.

Still, he called the incident a “turning point” for him.

He will continue to participate in grassroots activism around the First Amendment, as he has done for decades. He’ll continue to publish writings about climate change and injustices at Guantanamo Bay on the internet.

“My life is headed in a new direction,” Gugino said. “How is it different? I’m not really sure yet.”

‘Why are they carrying batons?’

Gugino showed up at a Black Lives Matter rally in downtown Buffalo on June 4 at around 7:45 p.m., 15 minutes before the city-imposed curfew went into effect.

The night prior, a number of Buffalo police officers took a knee with community members in solidarity with the protests around the murder of Floyd by police in Minneapolis on May 25.

Just minutes before police began moving toward the crowd, Gugino noticed they were outfitted with helmets, vests and batons: “I thought, ‘Why are they carrying batons?'”

Earlier in the evening, he had approached several police officers to ask whether they thought the Mayor Byron Brown’s curfew order could legitimately make an assembly illegal.

They didn’t respond, other than to offer to read the mayor’s statements to him.

Gugino also had a conversation with several bystanders, which was caught on video and appeared to show at least one person expressing anger toward him.

Gugino said one individual thought he was an undercover cop, which Gugino denies.

At around 8:10 p.m., as seen in several videos of the incident, a group of officers began walking toward a few dozen rally attendees who were still in the downtown area after curfew.

Gugino said he remembers alarmed thoughts flashing through his head when he saw officers moving toward the demonstrators, but “has no idea” what he said to police in that moment.

In the seconds following, two officers in the advancing group shoved Gugino away from them and he stumbled and fell backward, his head audibly cracking against the pavement.

Emergency personnel arrived soon after, and Gugino was whisked to the Erie County Medical Center.

The two officers involved, Robert McCabe and Aaron Torgalski, were suspended without pay and later charged with second-degree assault.

They pleaded not guilty, and are currently suspended with pay, as officers cannot be suspended without pay for more than 30 days, according to a city spokesperson.

The City of Buffalo and the Buffalo Police Department declined to comment further on the incident.

What followed for Gugino were an avalanche of tests, scans and physical therapy for the hospital.

After weeks in bed, standing or walking became a challenge, and he had vivid nightmares.

“Every time you’d sit up, you would get dizzy,” he said. “It was like you were on a boat all the time.”

His pain was manageable with Tylenol, which he said he rarely used for minor aches and pains, even at 75.

He was monitored by medical staff day and night, and couldn’t get out of bed or go to the bathroom without their help.

On the positive side, he’d be offered cookies in the middle of the night. His flavor of choice? Coconut.

Meanwhile, cards, letters and other well wishes poured in. He slept for hours in the days after the incident, disconnected from the whirlwind of global internet commentary around his actions and the police response.

He has since seen and heard snippets of strangers’ accusations that he was a “leftist provocateur,” that his fall was a hoax or that he was wearing a pack of fake blood under his mask.

President Donald Trump publicly considered the validity of such theories about Gugino on Twitter the following week, saying that Gugino “could be an antifa provocateur” and that he “was pushed away after appearing to scan police communications in order to black out the equipment.”

Buffalo protester shoved by Police could be an ANTIFA provocateur. 75 year old Martin Gugino was pushed away after appearing to scan police communications in order to black out the equipment. @OANN I watched, he fell harder than was pushed. Was aiming scanner. Could be a set up?

Gugino’s lawyers got angry emails questioning why they’d defend “a faker,” he said. But Gugino is unfazed by the accusations.

The incident didn’t cloud his view of police; he still regards them as regular citizens who work within a system he believes is broken.

“I come from the suburbs, and there’s no problem with police in a white neighborhood,” he said. “I’m not scared of the policemen, but the system is screwed up.”

After about a month, Gugino was released from the hospital and was able to walk out using a cane.

He’s living with family outside of New York and plans to close on a new home in Buffalo in September.

‘That’s what democracy does’

When it comes to justice, Gugino is interested in so many causes that he’ll start talking about a new one before he’s finished discussing the first.

He retired in 2003 after decades of working at FirstEnergy Corp. in Cleveland, Ohio. After a stint living in California, he eventually moved back to Buffalo to care for his ailing mother, who died six years ago. He has no spouse or children.

Even after a brain injury, he has split-second recall for specific details about years-old court cases, such as the Benny Warr case in Rochester, in which a black man in a wheelchair alleged that he was unlawfully arrested and beaten by police.

Gugino’s values rest solidly on the rights enshrined in the Constitution’s First Amendment, which reads that “Congress shall make no law… abridging the freedom of speech…or the right of the people peaceably to assemble, and to petition the Government for a redress of grievances.”

But he believes these values are often lost on modern government and law enforcement officials.

He used the example of a 2010 Veterans for Peace rally in front of the White House, which protested the wars in Afghanistan, Iraq and other conflicts. More than 130 attendees were arrested.

“You’re going to the White House and you’re saying, ‘Stop the war.’ That means the United States should come out and say, ‘Thank you so much, and we’re writing down all your complaints,’” Gugino said.

Given the country’s foundation, those involved in more recent protests and rallies should be treated with personal and ideological respect, and law enforcement officials should know whether the laws they protect are themselves legal, he said.

Still, he has hope, because of his country’s democratic roots.

He pointed to Mao Zedong’s Hundred Flowers campaign in Communist China in the 1950s, where Zedong’s solicitation of feedback on his government from the intellectual community quickly turned into a crackdown on ideological critics.

“In America, we decided to let a hundred flowers bloom,” Gugino said.

“And you know what that means? People are going to get together and start complaining, and realizing how they’re being treated. Are you going to invite them in? Are you going to understand what they’re up to? That’s what democracy does. That’s the difference between Mao Zedong and George Washington.”

More: How QAnon and other dark forces are radicalizing Americans as the COVID-19 pandemic rages and election looms 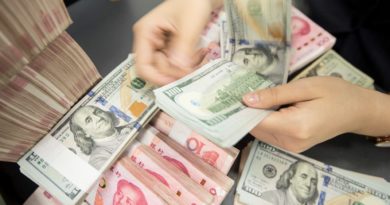 The yuan won’t be a ‘safe-haven’ alternative to the dollar anytime soon: Citi 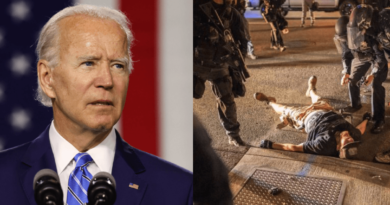