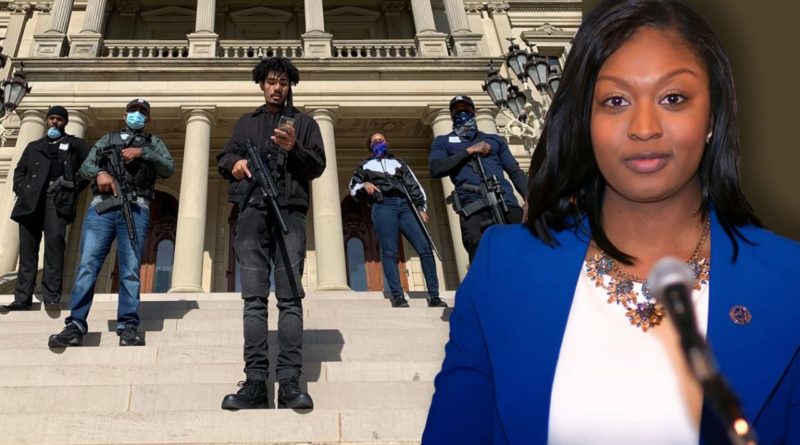 A Michigan lawmaker returned to the state Capitol on Wednesday with an armed security detail following a coronavirus lockdown protest at the building last week attended by white supremacists and militia groups.

Rep. Sarah Anthony, a Democrat whose district is in the capital city, Lansing, told Yahoo News in an interview that her security detail, made up of local black and Latino activists, came together because the armed protesters bearing white supremacist symbols represented a “different level of terror.”

According to Anthony, the April 30 protest was different from prior coronavirus protests that have occurred at the Capitol in recent weeks because many of the demonstrators stormed inside the building and were armed. Anthony also said some of the protesters “had Confederate flags and swastikas,” which she found “extraordinarily triggering for me as an African-American woman.”

“It was a very intimidating environment,” Anthony said. “I’ve just never experienced being so frightened and so intimidated in my life.”

Anthony posted a video to Facebook, which she filmed as the protests raged outside. Members of her community responded and, when Anthony returned to the Capitol on Wednesday for the first time since the demonstration, she was escorted by a group of six black and Latino activists who carried their own guns.

Large conservative organizations have helped back the anti-lockdown demonstrations, which have taken place in at least 18 states around the country. Though the demonstrations are focused on pressing to lift coronavirus safety measures in order to boost economic activity, they have also attracted a wide variety of groups dedicated to other causes, including militia members, gun-rights activists and white supremacists.

Even as the White House has issued social distancing guidelines and described the measures as necessary, President Trump has expressed support for the protests, calling the demonstrators “very good people” and urging Michigan’s Democratic Gov. Gretchen Whitmer to “make a deal” with them.

Anthony claimed one of her fellow lawmakers wore a bulletproof vest due to their fear of the armed protesters, many of whom streamed into the Capitol and angrily confronted officials. Dayna Polehanki, a Democratic Michigan state senator, similarly claimed that scared colleagues were wearing bulletproof vests in a tweet posted during the protests on April 30.

“Directly above me, men with rifles yelling at us. Some of my colleagues who own bullet proof vests are wearing them,” Polehanki wrote.

For Anthony, the guns and hate symbols weren’t the only dangerous elements of the protests. She said many of the demonstrators ignored the social distancing and mask guidelines, getting extremely close to her and “yelling and screaming” in her face, raising concerns of potential coronavirus spread.

“I am a woman and, you know, heavy, large men yelling and kind of approaching, it really is frightening,” said Anthony, adding, “As an elected official … I have pretty thick skin. You kind of have to in this job, but we’re in the middle of a pandemic and I am particularly … unnerved by it because I have seen the impact up close of this coronavirus.”

Michigan has been a coronavirus hot spot, and Anthony said she knows multiple people in her Lansing district who have died from the outbreak.

Anthony said she was disturbed by the fact that the Michigan State Police did not do more to separate lawmakers from the armed protests. She also claimed some officers were “posing in photos” with the protesters.

A spokesperson for the Michigan State Police did not respond to requests for comment.

The activists who accompanied Anthony on Wednesday included local Lansing firefighter and activist Michael Lynn Jr. along with multiple members of his family. Lynn told Yahoo News that Anthony’s video of the protests inspired him to offer her protection.

“My thing is, you know, we elected her and we elevated her to that level to represent us in that Capitol. I don’t want her going in there with a fear or worry about doing anything. … I don’t think that’s right, that they would try to intimidate her that way,” Lynn said.

He said seeing the armed protesters challenging Anthony “enraged” him and reminded him of the darker days of white supremacist opposition to the civil rights movement.

“It takes a lot to get a black woman elected into the House of Representatives,” Lynn said. “There’s not that many of them, and we did that. We got her elected in there, and we’re going to make sure she’s protected to go do her job.”

Critics and civil rights activists have argued that the protests highlight a double standard, contrasting the response to the armed anti-lockdown protesters with violent crackdowns on black militant groups.

Lynn said he believes African-American protesters would indeed have been treated differently.

Challenging the perceptions of people of color and guns was one of Lynn’s goals in providing security for Anthony.

“Anytime somebody sees a minority with a gun, it’s got a negative connotation to it, and I don’t like that,” said Lynn. “We were able today to provide some sort of protection but also just the feeling of being protected. I think that was great.”

Anthony said she is somewhat sympathetic to the economic concerns raised by protesters who view the lockdowns as driving record job losses and claimed earlier protests in Michigan were focused on this issue. But, she said, the April 30 demonstration had a pronounced white supremacist element. She said she was “very confused” to see Confederate flags and swastikas flying at an event supposedly dedicated to criticizing the coronavirus lockdown.

“How’s that connect to the stay-at-home order?” Anthony asked.

Whitmer has denounced the racist symbols used at the protests and defended stay-at-home orders as a necessary step to prevent deaths from the coronavirus.

“Some of the outrageousness of what happened in our Capitol this week depicted some of the worst racism and awful parts of our history in this country,” Whitmer said in a CNN interview on Sunday. “The Confederate flags and nooses, the swastikas, the behavior that you’ve seen in all of the clips, is not representative of who we are in Michigan. And the fact of the matter is, I mean, we’re in a global pandemic.”

Whitmer has also responded to the protest by pushing to change the law to ban guns at Michigan’s state Capitol.

“There are legislators who are wearing bulletproof vests to go to work,” she said in an interview with NBC on Wednesday. “No one should be intimidated by someone who’s bringing in an assault rifle into their workplace. And so there is conversation about changing that law. I think it’s long overdue, and I absolutely support that change.”

Anthony, who is a gun owner, is among the Michigan lawmakers who are working to enact a gun ban for the state Capitol. Ultimately, she said, she doesn’t want to see anyone — whether they support her or are protesting — carrying firearms in the building.  “The moment that we are successful in eliminating guns from their state Capitol, they should adhere to that as well,” Anthony said of her supporters.

For now, Lynn said he will come back anytime Anthony asks.

“We will be available whenever there’s going to be opposition up there that she’s going to have to deal with,” he said.

And he had a message for anyone who wants to return to the Capitol building with “swastikas and Confederate flags.”

Click here for the latest coronavirus news and updates. According to experts, people over 60 and those who are immunocompromised continue to be the most at risk. If you have questions, please refer to the CDC’s and WHO’s resource guides. 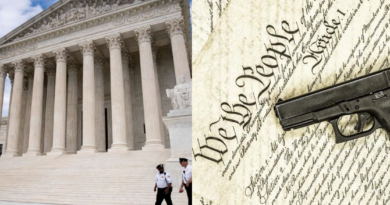 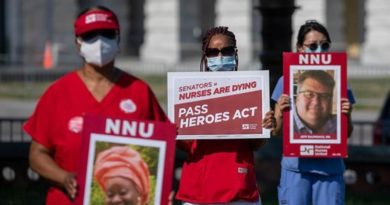 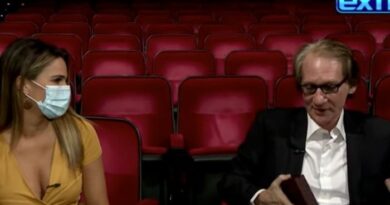 Is Bill Maher The Best Liberal? Watch Him Rip Americans For Being ‘Too P.C., Too Sensitive’