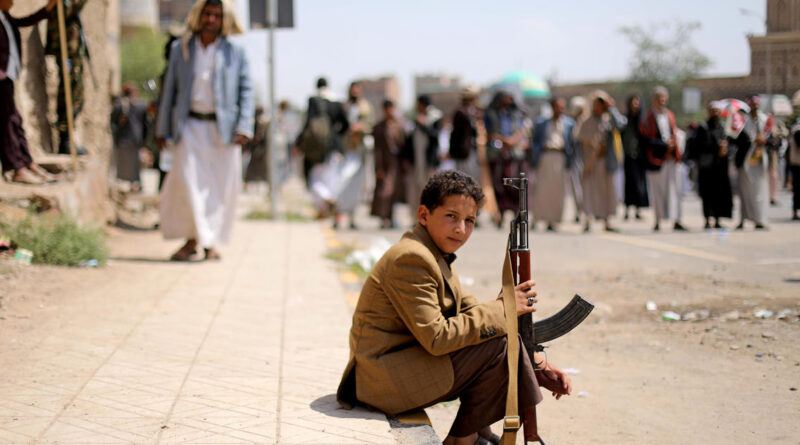 Less than a week after he got the job, U.S. special envoy for Yemen, veteran diplomat Timothy Lenderking was rushed to Saudi Arabia’s capital Riyadh this week. His objective: Find a way to end the brutal six-year war in Yemen that has claimed well over 100,000 lives.

The war has divided Yemen between the Iranian-backed Houthi rebels, who control the populous north and the capital Sanaa, and the country’s Saudi-backed, United Nations-recognized government. The fighting has destroyed Yemen’s infrastructure, leaving an already poor nation mired in disease and even deeper poverty, with civilians often caught in the crossfire.

International relief agencies call it “the world’s worst man-made humanitarian disaster.” Four United Nations agencies warned in a report on Friday that some 400,000 Yemenis “are expected to suffer from severe acute malnutrition and could die if they do not receive urgent treatment.”

Since the beginning the U.S. has supported the Saudi-led coalition fighting the Houthis. But that support seems to be waning significantly under the new administration in Washington.

Speaking at the State department last week, President Biden said there would be a major policy shift. One of his fist foreign policy moves was to de-list the Houthis as a terrorist group. The terrorist designation was made by the Trump administration in its final days, and aid groups warned it would seriously impact their ability to protect millions of civilians.

“This war has to end. And to underscore our commitment, we’re ending all American support for offensive operations in the war in Yemen, including relevant arms sales,” Mr. Biden announced.

Lenderking’s visit to Saudi Arabia got off to a rocky start. As he landed on Wednesday, the Iranian-backed rebels sent a wave of bomb-laden drones toward the city of Abha in southwest Saudi Arabia. Saudi military officials said forces shot down two drones, but others reached the city’s international airport, damaging a civilian plane that was empty at the time. Saudi state media reported no casualties.

“We again urge the Houthis to immediately stop these aggressive acts,” State Department Spokesman Ned Price told reporters in Washington. He said the “Houthi leadership will find themselves sorely mistaken if they think that this administration is going to let off the pressure — is going to let them off the hook for the reprehensible conduct that they continue to undertake.”

But Price said the Biden administration wasn’t about to re-designate the Houthis a terrorist group. He said Secretary of State Antony Blinken’s decision to revoke the terror designation had “nothing to do with the reprehensible actions of this group,” and was all about ensuring aid could continue flowing to Yemen’s beleaguered citizens.

The remarks highlight the delicate line the new U.S. administration is trying to walk as it addresses both a humanitarian catastrophe and the geopolitically complex war causing it.

“In the hands of Iran”

“There is a unique international momentum to support a political settlement to the conflict to reach sustainable peace in Yemen,” Griffiths said after meeting the U.S. envoy.  He acknowledged, however, “an uptick in military hostilities and constant threats to the lives of Yemeni women, men and children.”

Griffiths has been trying for years to craft a political deal between Yemen’s warring factions, and he knows that any solution will depend on other “regional and international actors.” His travel itinerary provides some insight into who those actors are.

Before coming to Riyadh, Griffiths was in Iran‘s capital for two days. His office said in a statement that the visit was, “intended to drum up support for his peace deal that aims to reach a political settlement and end the war.”

“I believe that the UN envoy wants to make sure that the resolution of the Yemen crisis is not part of any future Iranian nuclear deal,” Badr Alqahtani, Yemen editor at the Saudi-owned Asharq Al Awsat newspaper, told CBS News. “There is an agreement between the U.S. and Saudi positions, even if they have different techniques: They both want the political process to succeed.”

“The Houthis’ decision is in the hands of Iran,” Alqahtani said, referring to the Islamic Republic’s vital backing for the insurgency in Yemen. “I hope that Iran will allow the Houthis to move forward with the political solution.”

Washington’s ongoing, and increasingly tense standoff with Iran over that country’s nuclear program won’t make it any easier to find that political solution. Just this week the UN nuclear agency said Iran had started producing uranium metal, Tehran’s latest serious breach of the terms of the 2015 nuclear deal that President Biden wants to draw the Iranians back into.

When asked why Lenderking was dispatched to Riyadh so quickly and virtually alone this week, the State Department spokesman said it reflected “the urgency of the Yemen conflict” to the Biden administration.

Political analyst Hussein al Bukhaiti, who is close to the Houthi leadership, told CBS News that the Houthis, “consider the war a United States war. If it was not for the United States, who have given the Saudis the green light, this war would not have started on Yemen.”

As the new American leadership juggles the deeply intertwined threats posed by both Iran and its benefactors in Yemen, they know the Houthis are also waiting for a green light — from Tehran — and without it there’s little chance of the war ending anytime soon. 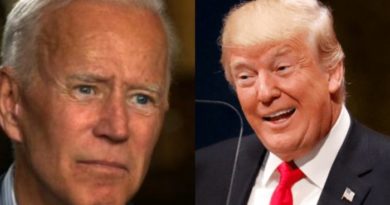 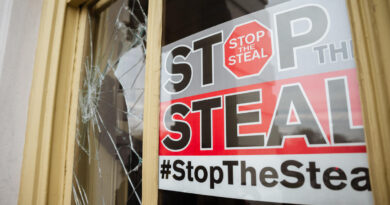 6 conspiracy theories about the 2020 election – debunked