Grammy-winning guitar god Steve Stevens is a huge horror buff who grew up listening to early shock-rockers like Arthur Brown, Alice Cooper, and Black Sabbath and watching the macabre soap opera Dark Shadows and “golden era” monster movies. So, when he joined forces with his most famous longtime collaborator, Billy Idol, in the early ‘80s, it was almost eerie how perfectly their passions for hard rock and horror aligned. Idol had in fact just recruited one of the most influential horror filmmakers of all time to direct his debut solo music video.

Speaking as part of ShudderFest’s “Musicians Who Love Horror” Halloween afternoon panel alongside electronic musician Bright Light Bright Light, Starcrawler frontwoman Arrow De Wilde, and GWAR’S Berserker Blothar, Pustulus Maximus, and Sawborg Destructo, Stevens revealed: “Actually, Billy’s very first video, which was done right as I met him, was directed by Tobe Hooper, which is the ‘Dancing With Myself’ video. And [Idol] was actually the first, I believe, to actually use a film director, as opposed to ‘MTV rock music directors.’”

Hooper is best known as the mastermind behind the 1974 classic The Texas Chainsaw Massacre (which, incidentally, De Wilde cited as her favorite movie of all time, of any genre), and “Dancing With Myself” was the only music video that Hooper ever directed. The dystopian MTV staple was specifically inspired by the 1971 post-apocalyptic film The Omega Man, portraying Idol as the survivor of a global pandemic (which might be why it still “stands up as one of the best Billy Idol videos,” according to Stevens, in 2020). But the clip did include some Chainsaw artifacts that eagle-eyed horror fans might recognize.

Stevens said “a lot of Billy’s lyrics were always inspired by films,” like his No. 4 hit “Eyes Without a Face,” which took its title from a 1960 French body-horror/psychological thriller about a mad-scientist plastic surgeon who performs an experimental face-transplant on his disfigured daughter. However, it was another post-apocalyptic film that inspired Idol and Stevens’s ‘80s signature style. “I mean, I’m dating myself here, but when we did the first Billy Idol record, Max Max had a huge effect on us,” Stevens recalled. “For all the gear we wore, we kept saying, “Rip it up!’ — just rip up your gear, so it looked like Mad Max.”

The look became iconic, with many fans soon practically cosplaying, Halloween-style, at Idol’s concerts… which admittedly spooked Stevens. “At the height of the ‘80s, certainly when ‘Rebel Yell’ came out, you’d look out in the audience and you’d see at least 50 Billy idols and Madonnas, and it always kind of freaked me out a little bit,” the guitarist chuckled. “People always wanted to fantasize that [Madonna and Billy Idol] were a couple, where in reality they weren’t. I’d look at Billy, thinking, ‘Well, that’s guy’s got a whip. That’s gotta be a little bit weird for him. It’s weird for me!’”

While Idol and Stevens’s Gothic imagery captured the imaginations of thousands of fans, it was a certain nuptials-themed music video — one very different from the aforementioned Madonna’s bridal video “Like a Virgin,” and one starring Idol’s actual girlfriend at the time, dancer Perri Lister — that drew the ire of conservatives. “A lot of people read into it, especially the Christian right,” Stevens said of the seemingly Satanic, David Mallet-directed “White Wedding,” adding with a laugh: “They were so anti-rock, or like, ‘MTV is going to pollute the minds of the youth!’ But yeah, exactly, that was our point!”

Stevens said the “White Wedding” scene that generated the most controversy at the time (and for a while was even censored by MTV) was the creepy wedding ceremony, when Idol forced a barbed-wire ring onto Lister’s left hand, slicing open her finger and drawing actual blood in the process. (This was Lister’s idea, as she insisted that the grisly shot — which MTV temporarily edited out — look realistic.) “She’s bleeding from it, but was just cool imagery. And [conservatives] are like, ‘Oh, it’s anti-marriage!’ and all this kind of stuff that none of nobody really thought about,” Stevens shrugged.

For all of Stevens’s love of old-school, traditional horror, when asked which film has frightened him the most, he surprisingly cited a more modern movie — one that definitely reflects this country’s current dystopia of sorts. “The most recent thing that I’ve seen that’s really genuinely scary was Get Out, which, you know, combined racism and horror,” he answered. “I don’t know anyone who would combine those two elements in a way. That film really screwed me up for a while. It was pretty, pretty scary.” 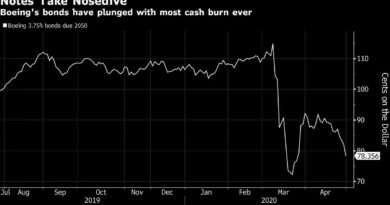 Boeing Gets $50 Billion of Orders for Bonds Amid Strong Demand 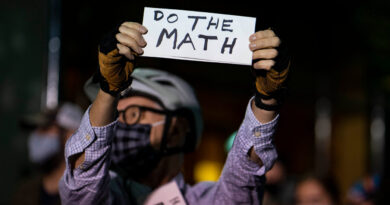 What’s Still Left to Count, and Why Hasn’t a Winner Been Called? 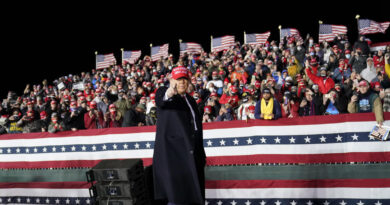