Audiences did not heed the title of “Come Play,” a terrifying thriller from Focus Features and Amblin that debuted in U.S. theaters this weekend. The PG-13 horror film generated just $3.15 million from 2,183 screens, enough to lead sleepy box office charts in pandemic times.

Moviegoing has been incredibly slow in North America because theaters New York City and Los Angeles, two vital markets, remain closed. With those venues shuttered, studios are wary of releasing big-budget potential blockbusters. For the time being, studios are siphoning off smaller movies like “Come Play,” supernatural thriller “The Empty Man” and family flick “The War With Grandpa.” It’s a chance for theater owners to entice people with new product, sure, but such offerings are hardly moving the needle for ticket sales.

“Come Play” actually came in ahead of expectations: pre-release tracking suggested inaugural weekend sales around $2 million to $2.5 million. Yet analyst David A. Gross, who runs the movie consulting firm Franchise Entertainment Research, referred to the opening of “Come Play” as “soft.” However, he noted that “like all recent wide releases, ‘Come Play’s’ theater count is somewhat low and in line with the proportion of theaters closed across the U.S.” Roughly 50% of theaters in North America are open, according to Comscore.

Even in normal times, movies tend to struggle when Halloween falls on a weekend because patrons are out dressed in costume to gather candy. Though it’s unclear how popular trick or treating was during a pandemic, there’s a chance horror films could see stronger mid-week holds. Some box office analysts praised “Come Play” because it generated similar opening weekends to “Honest Thief” and “The War With Grandpa” without boasting a major movie star like Liam Neeson or Robert De Niro.

“‘Come Play’ should be viewed as a win for the industry and further demonstrates the inherent appeal of horror movies in the communal environment of a darkened movie theater,” said Paul Dergarabedian, a senior media analyst with Comscore. “Traditionally, when Halloween lands on a Saturday it casts a negative spell on revenue, but this weekend it actually put a spotlight on movies that all, in some measure, benefitted from the holiday tie-in.”

“Come Play” sold the most tickets in Dallas, followed by New York — despite New York City venues still shuttered. Drive-in theaters have been a boon during the pandemic, and this weekend was no different. Mission Tiki Drive-In near Los Angeles and West Wind Sacramento 6 Drive-In were among the highest-earning theaters. Directed by Jacob Chase and starring Gillian Jacobs (“Love”) and John Gallagher Jr., “Come Play” follows two parents as they attempt to protect their young son from getting abducted by a villainous humanoid creature. It cost $10 million to produce.

“We’re thrilled that audiences came out to celebrate Halloween making ‘Come Play’ the No. 1 movie this weekend,” said Lisa Bunnell, president of distribution at Focus Features.

“While it isn’t exactly how we pictured the movie coming out when we made it, I’ve been remarkably impressed with Focus getting it into so many theaters safely during COVID,” Chase said of his first studio movie. “Wear your masks and keep your fellow humans safe!”

Overseas, Robert Zemeckis’ adaptation of “The Witches” collected $4.8 million from 17 international markets. Next weekend, the Warner Bros. movie will expand to territories including Singapore, Taiwan and Thailand. “The Witches” isn’t playing in U.S. theaters. It launched on HBO Max earlier in October.

Since launching over the Columbus Day holiday weekend, Robert De Niro’s “The War With Grandpa” has made $11.2 million in total. The comedy landed at No. 3 on charts this weekend after adding another $1.1 million from 2,365 screens.

“The Empty Man,” from Disney’s 20th Century Studios, plummeted nearly 60% from initial weekend sales. Given essentially zero promotion from the studio, it scraped together $561,000 this weekend for a North American total of $2.2 million.

“The Empty Man” came in behind Christopher Nolan’s “Tenet,” which has been in U.S. theaters for over two months. The sci-fi epic, starring John David Washington and Robert Pattinson, brought in $885,000 this weekend. That brings “Tenet’s” domestic total to $53.8 million, a disappointing result for a movie that cost over $200 million to make. Overseas, the film has enjoyed stronger box office receipts, with ticket sales reaching $293.3 million internationally and $347 million globally.

Elsewhere, Paramount unveiled “Spell” on premium video-on-demand and in 369 theaters, where it earned $210,000.

Sluggish box office sales come as parts of Europe are enacting new lockdowns, prompting theaters in England, France and Italy to close down again. In the U.S., there are concerns that chilly temperatures during winter could cause coronavirus to continue surging.

“The cold, indoor weather is going to be a challenge around the world,” Gross said. 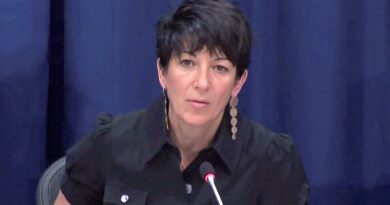 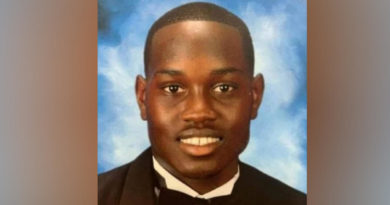 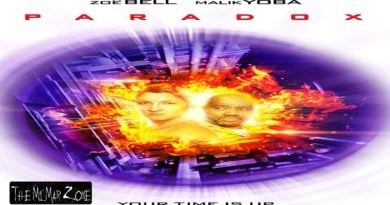