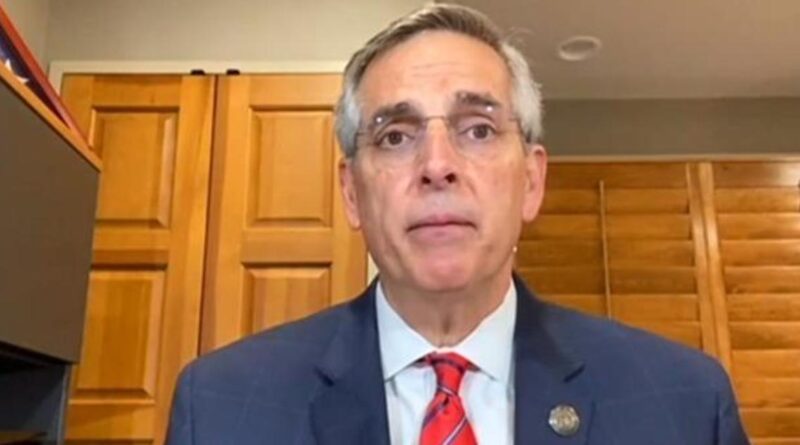 Washington — Georgia Secretary of State Brad Raffensperger accused South Carolina Senator Lindsey Graham, a Republican, of indicating he should throw out legally cast ballots, a suggestion that comes as President Trump trails President-elect Joe Biden by more than 14,000 votes in the Peach State.

In an interview with “CBS This Morning” on Tuesday, Raffensperger detailed a phone call he had with Graham, one of Mr. Trump’s closest allies on Capitol Hill, during which he said the senator suggested absentee ballots from counties with high rates of nonmatching signatures be disqualified.

“When Senator Graham called, I just assumed that he was calling about the two runoffs for the senators, so I called him back,” Raffensperger said. “During our discussion, he asked if ballots could be matched back to the envelope — the absentee ballots could be matched back to the envelope. I explained our process, after it went through two sets of signature match, at that point they were separated. But then Senator Graham implied for us to audit the envelopes and then throw out the ballots for counties who have the highest frequency error of signatures. I tried to help explain that because we did signature match, you couldn’t tie the signatures back anymore to those ballots.”

Raffensperger told “CBS This Morning” that he spoke with his legal counsel about Graham’s comments and “decided the best action was not to get back and re-engage.”

“When I went down this other path, I think the best thing was just to disengage and move forward,” he said. “We want to make sure that every legal vote counts and every illegal vote doesn’t count.”

Raffensperger’s phone call with Graham was first reported by The Washington Post.

The South Carolina senator told reporters on Capitol Hill on Monday that Raffensperger’s characterization of his comments was “ridiculous.”

“I thought it was a good conversation,” he said. “I’m surprised to hear him characterize it that way.”

Graham said he reached out to Raffensperger on his own, not at Mr. Trump’s urging, as he wanted to learn more about Georgia’s signature verification process.

“If he feels threatened by that conversation, he’s got a problem,” the senator said. “I actually thought it was a good conversation. I learned a lot about it. Rather than hearing all these internet things, I just call the guy and say, how does it work, how can you make it better?”

Georgia election official Gabriel Sterling confirmed to reporters on Tuesday that he was one of the staffers on the call with Raffensperger and Graham. He said that he could “see how both sides could potentially be correct” in how they remember the conversation.

“Senators, I believe, you know, they represent their people and they were trying to understand the processes here. And [Graham] had some questions that might have gone, you know, a little to the edge of something that people might say, ‘Well, why is he asking these kind of questions.’ The secretary heard it that way,” Sterling said.

Georgia, a state that has not voted for a Democratic presidential candidate in 28 years, has become a target of Mr. Trump as he alleges without evidence the election was rigged against him and rife with fraud. CBS News projected Mr. Biden as the winner of Georgia’s presidential race and the winner of the White House, though the president continues to falsely assert that he won a second term.

Raffensperger announced last week the state would conduct a manual hand recount of all ballots cast in the presidential race and rebuffed suggestions the decision to audit the results was aimed at appeasing Mr. Trump, saying instead it made sense given the tight margin of the race and its significance.

But the president has called the recount a “scam” that “means nothing.”

Along with the continued attacks on Raffensperger from Mr. Trump and some Republicans, the Republican secretary of state said he and his wife have received death threats, which he attributed to “everyone that’s been spinning people up.”

Raffensperger said he believes many people now have “inflamed emotions,” but “eventually when people really come to accept the hard fact, this is what the results are.”

In addition to Georgia being a focal point of the presidential race, the state is poised to become the center of the political world as two of its Senate races head to runoff elections on January 5. With GOP incumbent Senators David Perdue and Kelly Loeffler fighting to hold on to their seats, the runoffs will determine whether Republicans maintain their hold on the Senate.

Perdue and Loeffler called for Raffensperger to resign last week due to what they said was “mismanagement and lack of transparency” in its elections this year, though he rebuffed their criticisms. 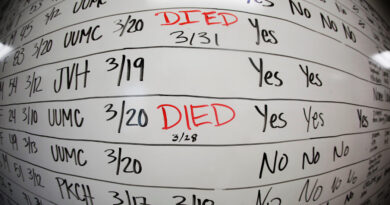 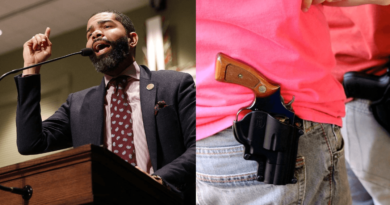