This past week another 4.4 million Americans joined the unemployment line, and among the companies shedding the most workers are America’s carmakers. The “big two” – General Motors and Ford – built nearly 4 million vehicles here in America last year, today they are making exactly zero; their factories closed to prevent the coronavirus from spreading among employees.

While they are no longer making cars, both GM and Ford are applying their manufacturing muscle to the pandemic by turning out ventilators and personal protective equipment in huge numbers. Last week we spoke to GM CEO Mary Barra and Ford executive chairman Bill Ford remotely, both of them were in Michigan, and they told us they’re thinking creatively to figure out how to get their workers back on the line and keep them there.

Bill Ford:  We’re shut down pretty much everywhere in the world except China right now. And then, of course, we were shut down in China earlier. And we’ve never had a time like this where everything has been shut.

Norah O’Donnell: I know that Ford reports its first quarter earnings in a few days and the projection is a loss of $2 billion. And those losses will continue to mount. Can you sustain that?

Between them, Ford and General Motors had nearly $300 billion in revenue last year. Today, that river of money is running dry.

Mary Barra is CEO of GM, the first woman to run the company in its history.

Norah O’Donnell: Has COVID-19 proved to be an existential threat to GM’s long-term health?

Mary Barra: Between the strength of our balance sheet with the steps we’ve taken in the past, we will get through this and we will learn a lot of lessons that we’ll apply.

Norah O’Donnell: I mean, what’s the long-term prognosis for– for General Motors if you’re not making cars?

Mary Barra: No one knows– when things are going to get back to what I refer to as a new normal. I’ve heard others refer to it as the new abnormal.

In the “new abnormal,” GM and Ford have each tapped into about $15 billion in private lines of credit to pay their bills. One estimate is that Ford is burning through $165 million dollars a day. Remember, it was just 11 years ago, in the last financial crisis, that GM declared bankruptcy. Ford avoided that, but did get a $6 billion government loan.

Norah O’Donnell:  So do you think you’ll need another loan to get through this crisis?

Part of the financial pressure is that under their contracts with the United Auto Workers union, Ford and GM continue to pay millions of dollars to their idled workers.

And now there’s political pressure, with protests taking place in their home state of Michigan, and some demonstrators demanding an economic restart.

Norah O’Donnell: What do you think’s driving those protests?

Bill Ford:  I think people are– are understandably nervous, scared– scared about the disease, but also scared about their own economic well being. And so I mean I get it. I totally get it.

Norah O’Donnell: Many people in your state want to get back to work soon.

Bill Ford: Well, I think we’d all like to get back to work soon. But we have to do it safely. And that’s not a political question. That’s really a scientific question.

As Ford and GM shut down auto production in March, Michigan emerged as a major COVID-19 hot spot. The state has the third largest number of deaths in the nation, and its health care workers have endured shortages of protective gear. The state’s largest health system, Beaumont, says that 1,500 of its employees are presumed to have COVID-19.

Norah O’Donnell: What were your marching orders to your team when this crisis began?

Bill Ford: My team didn’t need marching orders. Right from the very start, it was from our local hospital saying, “Hey, we don’t have any protective equipment, who can help us,” our company just jumped into action.

And that began Ford’s transformation from carmaker to medical supply manufacturer. The company has since churned out millions of face shields, masks, gowns, and portable respirators for health care workers. This past week, ford began producing ventilators for patients.

Bill Ford: There are companies that can make complicated things, but they make them in small numbers. There are also companies that can make lots of things, but they can’t make complicated things. You know, we turn out an F-150 every 52 seconds. So when we look at this crisis– as a country and said, you know, “Which industry is positioned to help us not only in terms of sophisticated machinery, but can do a lotta them and a lotta them quickly,” the auto industry is uniquely positioned to do that.

In mid-March, it looked as if American hospitals would quickly need thousands of ventilators that didn’t exist.

Norah O’Donnell: Was putting the company’s assets and people to work, to fight this pandemic an easy decision?

Mary Barra: It was a very easy decision. When I got the call and we got the introduction to Ventec the team just moved so quickly. And we thought if there’s a way we can help, we absolutely want to do it.

After one phone call with Ventec, Phil Kienle, GM’s vice president of North American manufacturing, got on a plane with three of his engineers.

Phil Kienle: When we were on the flight to Seattle, I asked everybody to have a mindset of what if your parents, your wife, one of your children had this COVID disease, and absolutely needed one of these ventilators? How far would you go to get this thing into production? How fast would you move?

Norah O’Donnell: And given the speed with which you needed to act, how did you go about sourcing 400 different parts for ventilators?

Phil Kienle: Our global purchasing and supply chain team really pulled off a miracle in sourcing this. We were in Seattle on a Friday.  That same weekend, they were already sourcing the components for us.

GM and Ventec began transforming GM’s Kokomo, Indiana, facility virtually overnight, from one that made electronic car components to a ventilator factory. It was ideally suited because both products contain a lot of circuit boards.

Then they called on a mixture of salaried GM employees and union workers from the UAW.

George Vandermeir has been with GM for 43 years. He used to make sure parts for pickup trucks met safety standards. He’s doing the same now for ventilators, with parts so small they need to be picked up with a set of tweezers.

Norah O’Donnell:  When were you scheduled to retire?

George Vandermeir: Yesterday.  So I just extended my retirement for another month or two just to make sure this gets off the ground and everything works well so we can get these ventilators out.

Tracy Streeter used to move sheet metal with a forklift at his old GM job. That was before he was laid off because of COVID-19.

Tracy Streeter: And just brought that plant to a standstill.

He is one of 46 laid-off workers from a GM plant in Marion, Indiana, who got the call from Kokomo.

Tracy Streeter: I went and asked my wife. She’s an LPN. And her eyes lit up and she went, “You get to help.”  So it was a no-brainer.

Norah O’Donnell: Your wife is a nurse and she said, “This is an opportunity to help.”

In just two days he was trained to assemble and test a part of the ventilator that holds oxygen and has to be airtight.

Tracy Streeter: There’s a little tiny screw that goes into– the part that I build. But even though that screw is so small, it’s an important part. I look at it in the scheme of things, I’m just probably just as insignificant as that small little screw. But I play a part in what’s happening in the bigger scale.

Phil Kienle: It went from a discussion to production in less than three weeks.

At first, GM and Ventec were operating on their own. In late March, President Trump ordered them to make ventilators under the Defense Production Act. Twelve days later they signed a half-billion dollar contract to make 30,000 for the federal government by August.

GM says it’s not making any profit on the ventilators, but the project is teaching the company valuable lessons to help get its car factories open faster, says Phil Kienle, head of manufacturing for North America.

Phil Kienle: Well, we’ve actually pretty much used– Kokomo as a beta site, if you will, for new safety protocols that we’ll instill when General Motors restarts.

Norah O’Donnell: That’s really interesting. So not only are you making ventilators, you’re also learning about how to work safely in this new era once you reopen the car plants.

Norah O’Donnell: Many of those working on Kokomo, Mary, told us that they get their temperature taken before they go into work. Is that going to be the new normal in American manufacturing?

Mary Barra: Yes it will be. And before I walked into this facility today I had my temperature scanned. I think it’s– a very important part of the protocol.

Bill Ford: Everybody’s also wearing watches that buzz if you get within six feet of somebody else.

Norah O’Donnell: That’s the first I had heard about these wristbands that buzz when you get within six feet of somebody.

The watches that Ford is testing are made by Samsung and use bluetooth technology.

Bill Ford: It also tells you who you’ve come into contact with that’s also been wearing that– that– wristband, so that if anybody was infected, it’s very easy to trace who they were interacting with.

Norah O’Donnell: And what do you do when it buzzes?

Joanne Ritchie: Back off. (LAUGH)

30-year Ford employee Joanne Ritchie is on a line that’s made over a million face masks. Just six weeks ago, in another “clean room,” she was making transmission valves.

Joanne’s daughter, Andrea is a critical care nurse in one of the hospitals near Detroit that has seen both shortages of protective gear and multiple staffers diagnosed with COVID-19.

Norah O’Donnell: And when your manager called to ask if you would come back not to make cars, but to make face masks, did you think about your daughter and helping her?

Joanne Ritchie goes to her job at the factory every morning at 4:30 a.m., seven days a week. About an hour after she leaves for work, her daughter heads for her job at the hospital, to treat COVID-19 patients.

Joanne Ritchie: The first couple days that she came home, she was– you couldn’t even look at her in the face. She didn’t wanna talk. And I says, “I’m worried about you. I’m– I’m waiting to make sure that you come home at night (CRYING) ’cause I don’t know if you’re gonna come home.”

Norah O’Donnell: She really is on the frontlines.

Joanne Ritchie:  Oh yeah, she is. Sorry about that. (LAUGH)

Turns out, it runs in the family. During World War II, Joanne’s grandmother, Chiara worked for the Hudson Motor Car Company in Detroit, helping to make planes and engines for the U.S. war machine, just as millions of other women did in factories all around the country.

Norah O’Donnell: Your grandmother Chiara was a real Rosie the Riveter.

Joanne Ritchie:  Yes, she was. You just step up to the plate.

Norah O’Donnell: When you first saw a ventilator built and completed, ready to ship, how did that make you feel?

George Vandermeir: It was amazing. What we could do in such a short period of time, taking a vision and making it reality in three or four works. And we all got that opportunity to sign the box of the first shipments.

Norah O’Donnell:  Worth putting retirement off for? 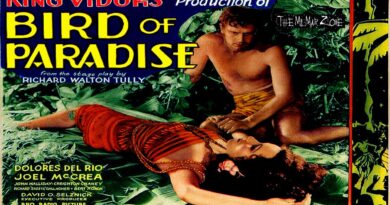 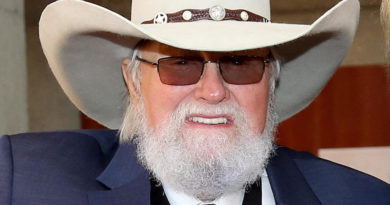 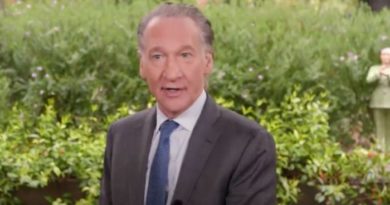 You’re Giving Trump ‘The Chance To Play The Optimist,’ And Optimists Usually Win