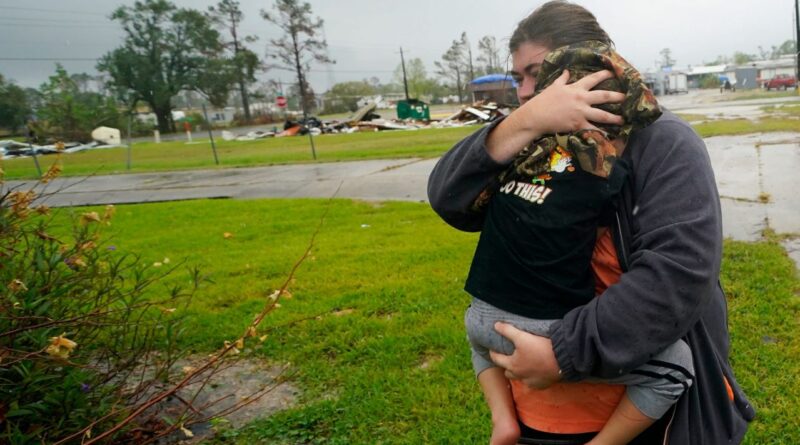 Hurricane Delta made landfall in the southern Louisiana coast around 6 p.m. CDT as a Category 2 storm as communities are still reeling from August’s devastating Hurricane Laura.

At 10 p.m. CDT, the storm’s maximum sustained winds were 75 mph as it moved northeast at 15 mph, according to the National Hurricane Center.

“At this time everyone in the storm’s path really needs to be focused on sheltering in place,” Gov. John Bel Edwards said in a press conference Friday afternoon. “The fact that it’s weakening should not cause anyone to lose focus or to lose vigilance, because this is still a very strong storm that’s going to bring significant impacts to the state of Louisiana.”

The storm is expected to batter the coast with hurricane-force-winds and “life-threatening” storm surge: A wall of up to 11 feet of water rushing through some parts of Louisiana, up to 4 feet of water in parts of Texas, and up to 3 feet in Mississippi and Alabama.

Already, “water levels are quickly rising along the coast of Louisiana,” the NHC said on Twitter after its 4 p.m. update. The agency also warned of “significant flash flooding and river flooding” through Saturday.

That’s because Delta is set to dump up to 10 inches of rain along the coast, with up to 15 inches possible in some parts of southwest and central Louisiana.

Delta will be the 10th named cyclone to hit the US mainland in a single season — breaking the previous record of nine landfalls in 1916.

If Delta’s landfall is especially destructive and causes at least $1 billion in damage, 2020 will have more billion-dollar weather and climate events than any year on record in the US, according to the National Oceanic and Atmospheric Administration.

“This season has been relentless,” Edwards said at a Tuesday briefing. “Prepare for the worst. Pray for the best.”

Hurricane Laura, a Category 4 storm, killed at least 33 people and caused more than $14 billion in damage as it tore through southern Louisiana, according to a report from insurance company Aon.

“We do not know what to do. There is already nothing to go back to. No houses, Nothing,” Debra Bowlin, an evacuee from the city of Lake Charles, which was devastated by Laura and now falls within Delta’s hurricane warning area, told WDSU on Thursday. “We cannot take another hit.”

Thousands of Louisianans are still unable to return to their homes after Laura’s destruction.

“Those structures have not yet been repaired. The electrical infrastructure there is in the process of being repaired. And we’ve got people who are very tired. We’re still sheltering over 6,000 people from southwest Louisiana in 12 hotels, primarily in New Orleans,” Edwards said in a radio interview on Thursday. “It’s going to be a very challenging situation.”

New Orleans is outside the projected landfall area, but is still bracing for tropical-storm-force winds and possible tornadoes.

“The first time it tore us up, this time it would wipe us out,” Peter Adams, another evacuee from Lake Charles, told WDSU.

Mexico was largely spared after Delta intensified at record speed

Delta first emerged as a tropical depression on Sunday evening, with wind speeds of 35 mph, and quickly grew to a Category 4 hurricane with 145-mph winds by Tuesday — a process called rapid intensification.

“No other Atlantic hurricane has ever strengthened this much this quickly immediately after it formed,” meteorologist Eric Holthaus said on Twitter Tuesday. “We are in a climate emergency.”

Delta then gained strength and size as it churned through the Gulf of Mexico, reaching Category 3 winds and then weakening slightly as it neared the US coast.

The latest in a devastating hurricane season

The US Gulf Coast has been hit hard this year. Hurricane Hanna flooded streets and caused nearly 60,000 power outages in Texas in late July. Hurricane Sally killed four and caused extensive damage in Florida and Alabama in September.

So far this year, the Atlantic Ocean has produced 25 named storms in six months. That’s just three fewer than in 2005, which had the greatest number of named storms in history. But 2020 is ahead of that record 2005 season by more than a month, so is likely to pass it.

The NHC exhausted its planned list of alphabetical names in mid-September, after Tropical Storm Wilfred formed in the eastern Atlantic. (Storm names go in alphabetical order but skip the letters Q, U, X, Y, and Z.) Now, it’s onto the Greek alphabet — with Delta, it’s already four letters in. The 2005 season made it to Zeta, which is two names away.

In August, NOAA predicted that 2020’s hurricane season would be “extremely active,” with 19 to 25 named storms — the first time in the agency’s recorded history the forecast has been that high.

“This is one of the most active seasonal forecasts that NOAA has produced in its 22-year history of hurricane outlooks,” US Commerce Secretary Wilbur Ross said in a press release. “We encourage all Americans to do their part by getting prepared, remaining vigilant, and being ready to take action when necessary.”

NOAA predicted there’d be seven to 11 hurricanes this season, with three to six of those reaching Category 3 or higher (that’s considered “major”). So far, 2020 has seen nine Atlantic hurricanes, three of them becoming major.

An average season sees roughly six hurricanes, with three becoming major. But the Atlantic Ocean has been producing highly active hurricane seasons since 1995, according to NOAA.

Storms are getting stronger on average as climate change causes ocean and air temperatures to climb — 2019 was the second-hottest year on record, and it closed the hottest decade ever recorded.

“We have a significantly building body of evidence that these storms have already changed in very substantial ways, and all of them are dangerous,” James Kossin, an atmospheric scientist at NOAA, told The Washington Post.

A 2013 study, meanwhile, found that for each degree the planet warmed over the previous 40 years, the proportion of Category 4 and 5 storms increased by 25% to 30%.

“Almost all of the damage and mortality caused by hurricanes is done by major hurricanes,” Kossin told CNN. “Increasing the likelihood of having a major hurricane will certainly increase this risk.”

Storms are also getting more sluggish. Over the past 70 years or so, hurricanes and tropical storms have slowed about 10% on average, according to a 2018 study. That gives a hurricane more time to do damage in a given area. 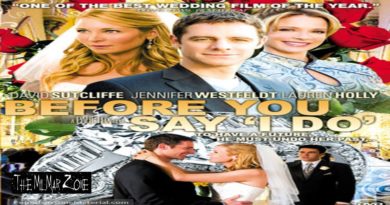