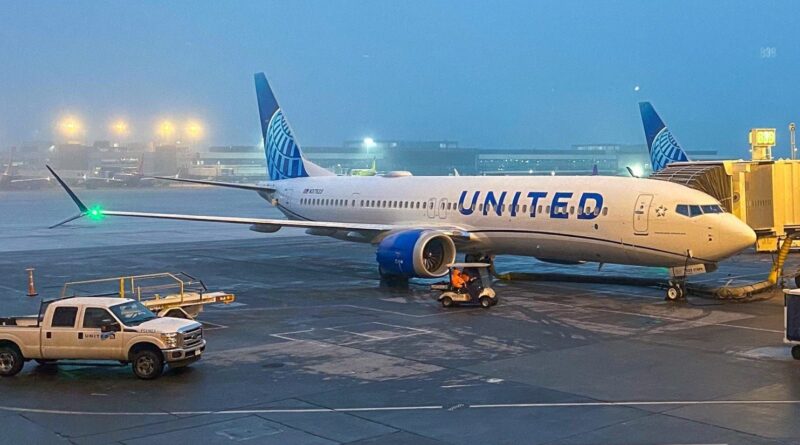 United Airlines resumed flying the Boeing 737 Max on Thursday after a 23-month hiatus that began in March 2019 when the aircraft was grounded worldwide.

The first flight departed from Denver International Airport with just under 170 passengers, including United’s chief operating officer, Jonathan Roitman, in the first step towards reestablishing consumer confidence for an aircraft family that’s killed 346 passengers. In total, Thursday saw 24 departures, just six fewer than the same day in 2019, one month before the aircraft’s grounding.

United follows American Airlines – which began flying the Max in December 2020 – as the second US airline to return the Max to passenger service. By the end of March, as more aircraft arrive from Boeing, United will use the Max for as many as 98 daily flights from bases in Denver and Houston, Cirium data shows.

The Federal Aviation Administration ungrounded the aircraft in November 2020 after mandating fixes to the aircraft’s software and systems that caused the two crashes. United pilots now also receive four hours of simulator training and three hours of computer-based training specific to the aircraft before climbing in the cockpit, a requirement that wasn’t in place during the aircraft’s initial debut.

Read More: The 16 most outrageous things Boeing employees said about the company, 737 Max program, and each other in released internal emails

Thursday’s flight was the culmination of over 1,300 test flights and 400,000 hours of engineering hours, according to Bryan Quiqley, United’s senior vice president of flight operations. And with the plane going from the most infamous to the safest in the skies, Insider was onboard the first flight to see the end result.

Here’s what it was like to fly on a newly-ungrounded United Airlines Boeing 737 Max.

United flight 1864 from Denver International Airport to Houston’s George Bush Intercontinental Airport, a routine morning flight on a bustling route, had the honor of flying the first Max service in nearly two years.

The flight was nearly sold out as eager aviation enthusiasts packed the seats alongside regular passengers, unaware that this was the second maiden voyage of the Max or that they were even flying on the ill-fated plane.

For most, this was just a normal journey and the type of plane that was bringing them to Houston was an afterthought, if that. But it wasn’t for lack of trying on United’s part.

At booking, a warning popped up that I would be traveling on a Boeing 737 Max.

That same warning stayed on my booking and appeared once again during check-in.

And at the gate, overhead monitors didn’t shy away from the fact that our aircraft would be Boeing’s infamous narrow-body.

It’s the policy of the airline to accommodate passengers that don’t feel comfortable flying on the aircraft but clearly, that wasn’t necessary here.

Read More: US airlines are allowing passengers to avoid the Boeing 737 Max as it returns to the skies in the coming months — here’s how

Most flyers haven’t been avoiding the Max the way some expected. Our flight, after all, had a mere handful of open seats and Roitman told Insider that the airline hasn’t experienced people booking off of the plane.

Gary and Deb Grenzke were the first paying passengers to board. The Florida-bound couple had no idea they were flying on a Boeing 737 Max but had no qualms about flying on it, with Gary telling Insider: “I don’t have any problem flying on it at all.”

United boarded the jet in its new pandemic-era boarding process that sees those in the back board the aircraft first; though, not before first class passengers and United elites.

Roitman was greeting passengers as they boarded; though, most didn’t know he was the airline’s chief commercial officer. United had executives on each of the 24 Max departures on Thursday.

Onboard the aircraft, two classes of service are offered including a 20-seat first class cabin…

And a 159-seat economy cabin with 42 “economy plus” extra legroom seats.

I chose seat 30C and settled in for the two-hour and 25-minute flight to United’s Texas hub.

Economy seats on United’s Boeing 737 Max feature 31 inches of legroom and 18 inches of pitch, making for a comfortable seat.

Economy plus seats offer 35 inches of legroom in most rows. These seats are virtually no different than those found on standard United aircraft.

Additional features include a device holder….

If this wasn’t the first flight, most onboard would not have known they were flying on a Boeing 737 Max but the gaggle of photographers, YouTubers, and Instagrammers onboard prompted questions about why this flight was so important.

Flight attendants didn’t hide the fact that this was a Max when asked but when explaining why the flight was so important, they had to be careful to use words like “incident” and “ordeal” when talking about the two crashes that prompted the Max’s 20-month grounding.

A Boeing 737 Max-specific safety card could also be found in the seat-back pocket, a move not adopted by American, but the word “Max” was not mentioned in any safety announcements. The phrase “this Boeing 737 aircraft” was frequently used and while technically accurate, it could be more specific.

Roitman told Insider that the airline was still learning how best to address the issue and as this was the first flight, there’s still a lot to learn.

“The bottom line is we want our customers to be actually comfortable,” Roitman told Insider.

Passengers, however, seemingly accepted the fact that they’d be flying on the aircraft as nobody opted to disembark.

It comes down to whether the traveling public actually checks to see which aircraft they’re flying on when booking tickets. After polling multiple passengers, the truth is that most people don’t care, which is good for the airlines and likely attributes to the low rebooking rate.

Piloting the first flight was an assistant chief pilot, Captain Mary Ann Schaffer, who hadn’t flown the Max before the grounding but performed three test flights before the first revenue flight. Our aircraft had just been flown around Colorado the day prior.

Once the excitement of boarded ended it was time to fly south. The CFM International LEAP-1B engines quietly spooled up and off we went following a quick stop at the de-icing pad to protect us from the elements.

Departing from Denver was a normal affair and exceedingly smooth despite the low clouds above. While some passengers were glued to the window, others were trying to catch up on sleep for the two-hour journey.

As we passed through 10,000 feet, however, the bumps started to kick in. And while turbulence is normal for any aircraft, turbulence on a Boeing 737 Max can be a nerve-wracking affair for those in the know.

But a few seconds of turbulence didn’t deter the flight as we pressed on towards Houston with clear skies for most of the journey. That’s when the flight became boring.

The flight progressed as normal and there was no sense of danger at all. Flight attendants came down the aisle the offer drinks and snacks, as per usual.

We settled at 35,000 feet, which is quite low for a Boeing 737 Max but we were a full flight. This plane regularly flies upwards of 38,000 feet when weight allows.

A boring flight, however, is a compliment when it comes to the Max.

Less than two hours later, it was already time to descend into Houston. Thunderstorms in the region threatened to derail the boringness of the flight but the Max handled it well.

Before we knew it, we were on the ground in Houston after a successful flight. United had achieved the first step in putting the Max drama behind it.

The goal, eventually, is to have all 4,000 United 737 pilots trained on the Max so that the pilot pool can fly both aircraft interchangeably. It makes a world of a difference when scheduling pilots and making the most out of a work group.

United has three Boeing 737 full-motion simulators in Denver that pilots now use for training, with thousands of pilots still to be trained. Most pilots told Insider that the training helped them better understand the Max more so than before the grounding when simulator training wasn’t required.

The next few weeks will see the aircraft fly coast to coast from Denver and Houston to cities like Los Angeles, Newark, and Las Vegas.

As to where the Boeing 737 will go next, Roitman says that only time will tell as demand is ever-changing during the pandemic. But he knows that wherever demand presents itself, United will strive to “be there first,” with the Max ready to fill demand when needed.

“The Max will play a big part in our fleet strategy, but we’re also making sure that we have a flexible agile fleet strategy,” Roitman said. “And if data leads us to believe that a route is more compelling for a Max versus another aircraft, then we’ll lean into that.” 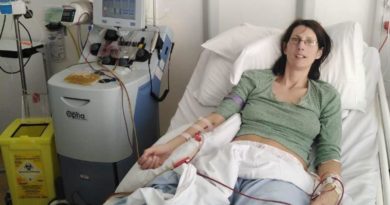 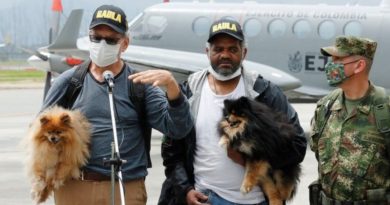