The Marvel Cinematic Universe is currently on a coronavirus-caused hiatus, with completed movies like Black Widow awaiting new release dates and in-production Disney+ shows like The Falcon and the Winter Soldier facing delays. But when the MCU does finally return, Anthony Mackie will be the first Black actor to carry Captain America’s signature shield onscreen. In the final moments of Avengers: Endgame, Chris Evans’s Steve Rogers gifted his shield to Mackie’s winged hero, Sam Wilson aka The Falcon, a historic hand-off that’s already happened in the comics. And Sam’s adjustment to being Captain America will play a big role in The Falcon and the Winter Soldier, which also stars Sebastian Stan as Steve’s friend-turned-foe-turned-friend-again, Bucky Barnes.

“It was humbling, just simply because of my background and where I came from,” Mackie remarked in a new interview with Fatherly about the series, which Disney+ originally planned to launch in August until the pandemic forced shooting to shut down. “It’s even more humbling considering where we are as a country… Having Captain America pass the shield to a Black guy. Every studio has to do more about ushering more people into the business.”

At the same time, the actor is holding Marvel accountable for a lack of diversity in front of and behind the camera. In a conversation with Snowpiercer star, Daveed Diggs that Variety published in June, Mackie spoke openly about how far the studio still has to go. “It really bothered me that I’ve done seven Marvel movies where every producer, every director, every stunt person, every costume designer, every PA, every single person has been white,” he said, adding that even a game-changer like the 2018 blockbuster Black Panther — which was made by a predominantly Black cast and crew — wasn’t a cure-all. “When you do Black Panther, you have a Black director, Black producer, a Black costume designer, a Black stunt choreographer. And I’m like, that’s more racist than anything else. Because if you only can hire the Black people for the Black movie, are you saying they’re not good enough when you have a mostly white cast?”

Speaking with Fatherly, Mackie repeated his feelings that Marvel’s diversity efforts need improvement. “They feel like they’re doing what they should be doing. In no way, shape, or form is it enough. My big thing is, put your money where your mouth is. You can’t cast a Black dude as one of your main superheroes and not expect him to have that conversation. It’s a huge opportunity for me to be part of the Marvel universe, so it’s my job to make sure the Marvel universe is as good as it can be.”

I love how Chris Evans and Anthony Mackie both take being captain America so seriously. It may just be a movie role but they really see it as a responsibility https://t.co/I9iIAGPnqo

It’s Captain America, not Captain Jack Sparrow. The guy literally wears the flag and has it on his shield. Yes, the character and his stories tend to be political, this is not a surprise.

Black Widow and The Falcon and the Winter Soldier were planned as a two-pronged launch of Marvel Studios’ Phase 4, which will move the MCU beyond the Infinity Saga that wrapped up with Endgame. But production on the series remains delayed, along with Disney+’s other Marvel series, WandaVision and Loki. Mackie is looking forward to the day he and Stan reunite on set. “We’re polar opposites and because of that, we get along extremely well,” he told Fatherly. “Sebastian is smart, he’s cerebral. My job every day is to get him out of his head. He’s always thinking. Our relationship is great. I’m spontaneous. He wants to slow down and think.”

The Falcon and the Winter Soldier will premiere on Disney+ in Fall 2020. 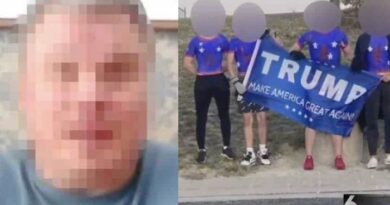 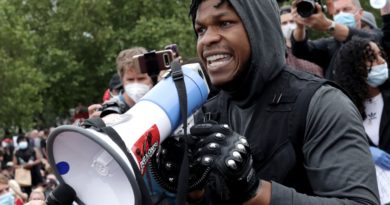