The Chicago production of the 1980 action-comedy-musical The Blues Brothers has become the stuff of legend in the four decades since its release, perhaps most notable for its destruction of more than a hundred cars (mostly police cruisers) in filming its epic chase scenes.

It wasn’t just the vehicles, though, that were racing.

In new interviews with the Guardian to celebrate the film’s recent 40th anniversary, director John Landis and his co-writer/star Dan Aykroyd (who played Elwood Blues opposite the late John Belushi’s Jake) elaborated on the cast and crew’s rampant drug use, another thing the shoot became (in)famous over the years.

“At the time, cocaine was a currency. For some of the crew working nights, it was almost like coffee. I never liked it myself but I wasn’t going to police others’ behavior,” said Aykroyd. “We drove John Landis crazy. Sometimes he didn’t know whether we were going to show up for work after the parties.”

That’s not to say Aykroyd didn’t partake: “Everyone did it, including me,” Aykroyd told Vanity Fair in 2013 profile. “Never to excess, and not ever to where I wanted to buy it or have it. [But] John, he just loved what it did. It sort of brought him alive at night – that superpower feeling where you start to talk and converse and figure you can solve all the world’s problems.”

The $30 million production reportedly ran late because of Belushi’s night-into-morning coke binges, with the film eventually hiring a man named Smokey Wendell to be his “anti-drug bodyguard.” As Wendell told Vanity Fair, the bars Belushi frequented were filled with people who’d slip the actor cocaine. “Every blue-collar Joe wants his John Belushi story,” he said. “Every one of those guys wants to tell his friends, ‘I did blow with Belushi.’”

Says Landis, who had previously worked with Belushi on the Saturday Night Live alum’s big-screen breakout Animal House (1978), to the Guardian: “By the time we were shooting, John had become addicted to cocaine. Cocaine makes you drink, and drinking makes you take more cocaine. Strangers would see him and give him drugs. It was difficult to keep them away. He almost died on the movie. For me, the biggest tragedy is that in Animal House he was there 100 percent for me and himself. In The Blues Brothers at the best moments he’s there 75 percent – but he’s great, so most people don’t notice.”

Still, Aykroyd insists that the habits of his co-star, who died of an overdose of heroin and cocaine in 1982, didn’t negatively impact the shoot – or at least his performance.

“Belushi was a professional and there was no way he wouldn’t come through,” he says.

There was one night they flat-out lost track of Belushi, though.

“But it wasn’t because he was high, it was because he was hungry and didn’t like what was available to eat on set,” Aykroyd says. “I couldn’t find him anywhere. Finally, I saw this path going through a parking lot and into a nearby neighborhood so I followed it. The neighborhood was dark except for one house. I knock on the door and say, ‘Excuse me, we’re shooting a movie and missing one of our actors.’ The guy goes, ‘Oh, Belushi? He came in about an hour ago, raided my fridge and crashed on my couch.’”

How Ruth Bader Ginsburg’s nephew made her biopic [Video]

Pence says he was “encouraged” to stay at White House “out of an abundance of caution,” not join Trump at church 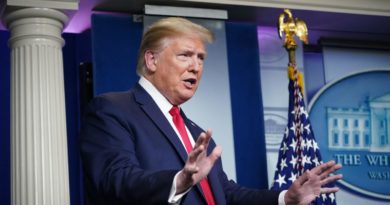