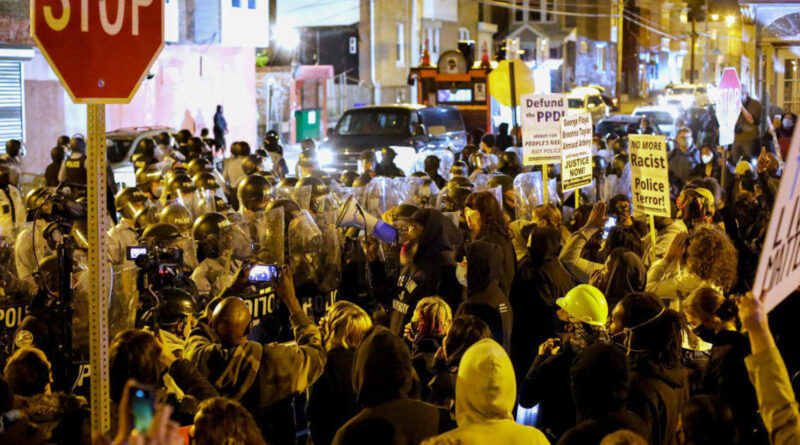 City officials in Philadelphia on Wednesday evening released officer body camera footage and 911 calls in the police shooting of Walter Wallace Jr. The 27-year-old’s shooting last week led to demonstrations and unrest in the city.

The released 911 audio includes calls from Wallace’s sister, brother and a neighbor, in which they tell a dispatcher Wallace is assaulting his parents and ask for police.

The body camera footage begins with Wallace exiting the apartment and walking down the front steps, apparently holding a knife. He walks down a sidewalk towards one of the officers as both officers point their guns at him and yell repeatedly, “Put the knife down!”  Wallace then turns to walk across the street towards the second officer. A woman can be seen trying to intervene as the officers tell her to get back. Someone can be heard screaming, “He’s mental, he’s mental.”

One of the officers can be heard saying, “Get him” and “shoot him” as Wallace turns and walks toward the officers. Both open fire and shoot multiple rounds, striking him. Distraught bystanders scream and try to help Wallace as he lays motionless on the ground.

Wallace’s family says he was in the midst of a mental health crisis when he was shot. Philadelphia police said Wallace walked towards officers holding a knife and refused to drop it. He was shot 14 times by two officers who were not carrying Tasers, CBS Philadelphia reported.

Dozens of peaceful protesters had gathered Wednesday ahead of the video’s release, the station reported. Philadelphia mayor Jim Kenney said the video is “very painful” and shows “graphic and violent images that may be intense and traumatic for some to watch.” But he said transparency and accountability is necessary for meaningful change in the city.

Philadelphia police commissioner Danielle Outlaw said the department was publicly releasing the bodycam footage in a police shooting for the first time in its history in an effort to improve transparency. Outlaw asked for patience as she said two investigations were ongoing: An internal investigation by her department to determine whether any policies were violated and a criminal investigation by the district attorney’s office.

Outlaw announced a series of initiatives in partnership with the city’s Department of Behavioral Health and Intellectual Disability Services to improve police response to mental health crises. Outlaw said that 911 call takers and dispatchers would undergo training to better identify people who may be experiencing a behavioral health crisis to pair the caller with officers in the field who are trained in crisis intervention. The department said it was also piloting a program to embed a clinical staff worker to work alongside police to determine the best response during crisis calls.

Philadelphia District Attorney Larry Krasner said he’s shown the video to the family and respected their wishes to publish only the portions they believed were appropriate to share publicly. Krasner called Wallace’s killing “heartbreaking” and apologized to the family for what he called the city government’s failure. 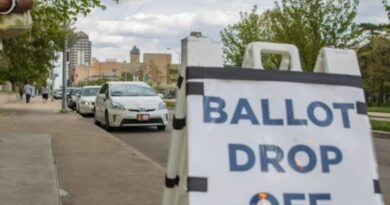 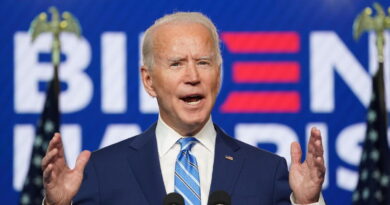 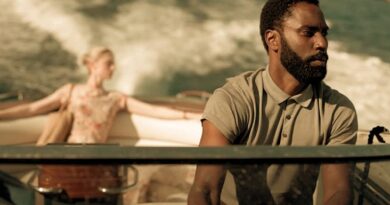