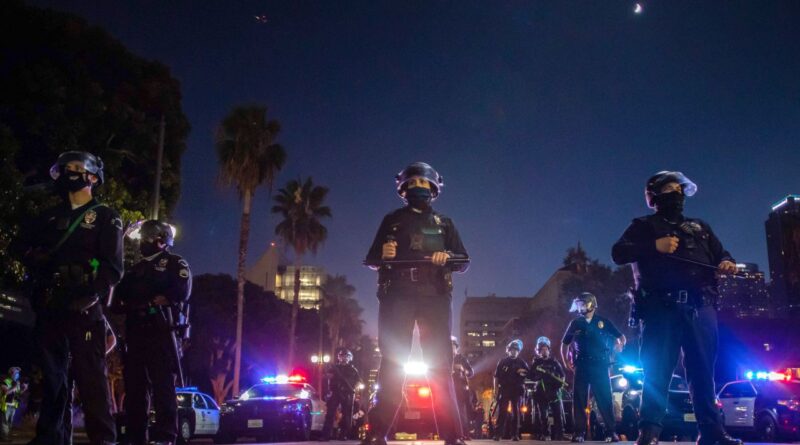 In many states, residents are still waiting for new laws and policies to be enacted. In California, lawmakers have until Aug. 31 to consider more than a dozen bills aimed at reducing, overseeing and disciplining the kind of police violence that led to Floyd’s death and those of thousands more like him, according to the National Conference of State Legislatures’ bill-tracking database.

“What we’ve seen in this country in the last four months, let alone in the last 50, 60 years as it relates to police killings of Black and brown people, calls for addressing,” said state Sen. Steven Bradford, a Democrat. “The George Floyd execution, and that’s what it was, spoke loudly not just to African American people in this state and in this country, but to people around the world.”

Bradford is among a handful of lawmakers who have put forth proposed bills that could change the face of law enforcement in the nation’s most populous state.

His bill, the Kenneth Ross. Jr. Decertification Act, would create an independent body with the power to strip the badges from police officers shown to have used excessive force, falsified evidence, committed sexual assault or been convicted of other serious crimes.

Bradford, who is Black, named the bill after a 25-year-old man who was shot and killed near Bradford’s Southern California home during a police chase. The Los Angeles County District Attorney’s Office cleared the officer of any wrongdoing and found that he had acted in self-defense.

Bradford said his bill would be the first of its kind in California, which is one of just five states that does not have the authority to remove police officers from local departments. That power rests with the departments themselves or local oversight commissions. The other states are Hawaii, New Jersey, Massachusetts and Rhode Island.

“We think the time is right,” Bradford said. “There needs to be some kind of accountability.”

Robert Harris, a board member of the Los Angeles Police Protective League, the union representing the Los Angeles Police Department, said that while he agrees with the “premise” of Bradford’s bill, he was disappointed that more unions and law enforcement agencies were not invited to help draft the legislation.

“Officers who don’t have the character or the temperament to be police officers shouldn’t be,” he said. “But when we’re talking about taking away a peace officer’s certification that can prohibit them from ever being in that career again, it takes time to flush out how that really works and, in this case, we haven’t had that opportunity.”

The California Police Chiefs Association, which initially supported Bradford’s idea, now says the legislation “is overly complex” and would remove immunity protections for all public employees, The Associated Press reported.

The police association has withdrawn its support for numerous police reform bills, including one that would ban the use of carotid restraints and chokeholds like the one used to detain George Floyd and another bill that would require law enforcement officers to immediately intervene and report excessive use of force.

Dustin Rollo, spokesman for the Los Angeles police union, said in an interview earlier this summer that many rank-and-file police officers are frustrated with the tone of conversations taking place around criminal justice reform. Part of the problem, he said, is that police are often the first to arrive at a crime scene when a social or health care worker might have more expertise in responding to certain situations, like homelessness or drug use.

“There hasn’t been an actual honest conversation in the community about what criminal justice reform looks like,” he said. “Policing is not always the solution to these issues but it is an immediate answer.”

The slate of bills currently being discussed in the state Legislature is part of a broader, national effort to address police brutality in the wake of ongoing civil unrest.

In July, on the same day civil rights icon Rep. John Lewis died, the U.S. House of Representatives passed the Commission of the Social Status of Black Men and Boys Act, which will establish a 19-member commission to examine social disparities that disproportionately affect Black men. The Senate unanimously passed a companion bill in June.

Those disparities were the focus of a recent study by the American Civil Liberties Union, which found that fatal shootings by police officers did not appear to slow down amid the ongoing coronavirus pandemic. Blacks, Latinos and Native Americans continue to be disproportionately affected by deadly police shootings compared to white people, according to the study.

In her acceptance speech this week, Democratic vice presidential candidate Sen. Kamala Harris from California briefly touched on how racism continues to hurt communities of color, from coronavirus to policing.

“Let’s be clear — there is no vaccine for racism,” she said Wednesday night at the Democratic National Convention. “We’ve gotta do the work. For George Floyd. For Breonna Taylor. For the lives of too many others to name. For our children. For all of us. We’ve gotta do the work to fulfill that promise of equal justice under law.”

Southern California resident Trisha Michael, who is Black, lost her twin sister in February 2016 during a police-involved shooting in Inglewood. Five of the responding officers were fired from the Inglewood Police Department in 2017 following an internal investigation, but Michael said she is still haunted by the loss of her sister.

“She was a nurse, a mother, a loving, kind person,” Michael said. “She was doing things with her life and doing things as best as she can.”

The twins spent their last day together at their cousin’s baby shower. Michael still remembers dancing with her sister, a Corona beer in Kisha’s hand.

“We were laughing,” she said. “That was the last time I remember seeing her.”

Kisha left the baby shower early to attend another party. Trisha went to her night shift as a nurse and had an uneasy feeling the whole time, she said. Looking back, she can identify the feeling as “that twin thing.” She called Kisha several times throughout the evening and talked to her sister’s boyfriend, Marquintan Sandlin, around 1 a.m. He promised to look after Kisha and get her home safely.

Instead, Kisha and Sandlin were shot 20 times.

“I never went to bed that night,” Michael said. “I just laid on the couch worrying about her and thinking about her.”

The next day, Michael learned that her twin sister had died while watching the evening news.

“I wouldn’t wish anyone to experience that,” she said.

After her sister’s death, Trisha joined the Black Lives Matter-LA movement in hopes of changing the relationship between communities of color and police and also sharing her pain with others who have experienced similar loss. BLM-LA works with several families who have lost ones to police violence, including Fouzia Almarou, whose son, Kenneth Ross Jr., inspired Bradford’s bill.

Almarou said she briefly met Bradford during a candlelight vigil for her son after his death. While she is happy to have helped inspire a new bill, Almarou says it does nothing to heal the grief of losing a child.

“We were very close,” she said. “We were like best friends.” 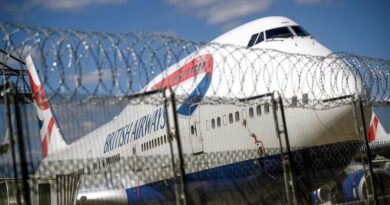 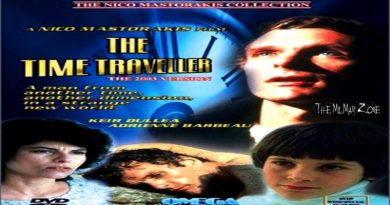