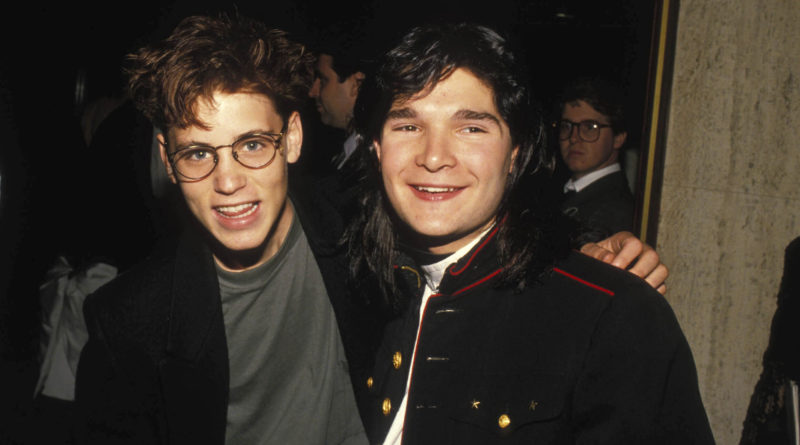 Corey Feldman recently scored his first top 20 hit with “U R Free,” the theme song to his controversial and explosive documentary (My) Truth: The Rape of 2 Coreys, an exposé about the sexual abuse that he, his dear friend and frequent co-star Corey Haim, and countless other child actors have allegedly endured in the Hollywood system. “U R Free” just cracked the top 20 of Billboard’s Adult Contemporary Chart, which Feldman says is “poetic justice,” because the song is part of a larger promise he made to Haim before the actor’s death.

“It’s really for all survivors of any type of abuse, in saying, ‘You don’t have to live in it anymore. You can be free of it and let it go,’” Feldman tells Yahoo Entertainment/SiriusXM Volume. “And I think doing this film is a big part of that for me — letting it go for myself and telling him that it’s OK to let it go, wherever he is. It’s about moving on and being free from the bondage of abuse.”

Feldman explains that he made his vow to Haim right after they wrapped the second season of their A&E reality show, The Two Coreys. The two had been feuding, and Feldman, in a gesture of “tough love,” had decided that he and Haim should take a break from their friendship for a year while Haim focused on his sobriety and recovery. The actors went out for a farewell dinner, accompanied by Feldman’s then-wife and Haim’s mother, then slipped away for a final private conversation.

“We went upstairs and went into the bathroom and had this long talk, and he brought up his rape,” Feldman recalls. “He said, ‘If anything should happen to me, dude, you’re going to have to tell my story one day.’ And I’m like, ‘I’m not going to tell your story. That’s your job. You’re here. Go ahead and do it.’ And he’s like, ‘No, man, I can’t do it, dude. I’m not strong enough. … And he’ll kill me. If I end up dying, then I need you to promise me that you’ll do it.’”

Haim passed away in 2010, and Feldman has been on a mission ever since – one that that has culminated in (My) Truth: The Rape of 2 Coreys. “They didn’t want me to call it that,” Feldman says of the documentary’s blunt and shocking title. “Even on the Goonies reunion, they edited the title out and they only would let me say ‘(My) Truth,’ because they’ve got to keep it PG. I respect that, but at the same time we shouldn’t be afraid of it, because if we can’t even say the damn word, how are we going to admit that it happens to victims every day?”

In the documentary, Feldman names Charlie Sheen, who co-starred with Haim in Lucas when Haim was 13, as Haim’s rapist. (Feldman also claims that he was sexually assaulted himself by talent agents Marty Weiss and Alphy Hoffman and actor Jon Grissom; all three have denied the accusations.) So, when Haim said he feared that his assailant would “kill” him if he came forward, was he in fact speaking about Sheen? “I would say that’s what he was referring to,” Feldman answers softly.

Sheen has steadfastly and repeatedly denied Feldman’s “sick, twisted, and outlandish allegations,” as has Haim’s mother, Judy. “Well, I think it was a pretty funny retort, because he said, ‘Consider the source,’” said Feldman of Sheen’s attempts to discredit him. “Like, let’s look at our lineage here, dude. I’ve gotten, a few humanitarian awards. I’m not the greatest superhero in the world, but what have you done for anybody? Do you spend your time doing charity? Do you spend your time lending your voice for something? Do you have a cause you care about? Show us who you are, before you go throwing spades.”

Feldman has actually been speaking out about child abuse in the film and TV industry for over 25 years, and has found himself discredited and dismissed every step of the way — even after the #MeToo movement and Harvey Weinstein scandal opened the public’s eyes to the predatory treatment of women in Hollywood. “Everybody knows the story. That’s not the issue. The issue is people don’t want to believe it’s as big and bad and ugly as it truly is,” he says. “That’s why we’ve started what we’re calling the #KidsToo movement. And there’s a reason for that, because kids should have been first. That’s the truth of it. I started sounding the alarm to this all the way back in 1993, when I started talking to the police and doing interviews, mentioning to People magazine that I had been molested, that I had sexual assault in my childhood. And then I got even louder.”

Just like the actresses who say they were blacklisted in Hollywood after rejecting or accusing Harvey Weinstein, Feldman — whose childhood credits included classics like Gremlins, The Goonies, Stand by Me, The Lost Boys, License to Drive, and Dream a Little Dream – claims that his outspokenness derailed his once-promising acting career. “I’m still blacklisted, baby! I only work on the blacklist! I’m the best-working blacklisted actor in the world,” he chuckles. “I do great work, but you don’t see me in a Spielberg movie. You don’t see me in the new Tarantino movie. You don’t see me doing studio films. I mean, how is it that I did all these No. 1 movies in a row, and then I stopped working? Come on, we know why: because I turned 18.

“It happened to me all the time. I’ve got several stories I can tell you of directors that literally told me, ‘I was told by so-and-so not to work with you,’” Feldman continues. “I’ll give you a good story. Henry Jaglom directed me in an indie film called The ‘M’ Word. … Somebody called him that was one of the lead actors, and they said, ‘Oh, don’t work with Feldman. I don’t want to work with him. I don’t see my name next to his on the marquee.’ And [Jaglom] told him, ‘Well, guess what? I gave him the part and I kind of wrote the script around him around this character that we developed, so sorry, but he’s already in. Screw you. If you’re going to act that way, then you don’t deserve to be in it.’ And that’s the way it should be, but unfortunately, that loyalty doesn’t happen in the studio system. And that’s why these people get away with what they get away with.”

Feldman says the consequences of his crusade have been far more serious than losing a few acting roles. He claims that hackers have tried to prevent (My) Truth from streaming and have threatened his site’s webmaster by sending child torture porn; that he has been the victim of multiple attempts on his life and a “a multimillion-dollar campaign to silence” him;  and that he now lives in a “secret location” outside the United States with as “24-hour security.” He says he’s “risked everything” to release (My) Truth, but he won’t stop speaking out. And while he may never work in mainstream Hollywood again, he believes he’s making a difference.

“I’ve had victims come forward and admit what happened to them. I’ve had a few childhood fellow actors come forward and say, ‘Thank you for your strength. Thank you for doing this. Thanks for being the face of it. I couldn’t do it, but you know, it happened to me too.’ I’ve had that happen plenty,” says Feldman. “I’ve had a lot of people on Twitter every day thanking me for being the voice because it showed them courage. I’ve had counselors tell me they’ve had several people come forward about things that happened to them since the movie came out as a result of the film. … So this is a very important film for people to see, because there’s nothing else like it out there. There’s nothing else that takes people through the steps and shows you how it works and how to protect your children, so that it doesn’t happen to them.”

It wasn’t Feldman’s idea to go into show business in the first place. “I didn’t make that choice. That was a choice that was made for me. I was a child slave, literally, in every sense of the word. I was 3 years old. Three-year-olds don’t make decisions. Three-year-olds don’t know the difference between a script and a contract,” says the actor who was granted emancipation from his parents when he was 15. But he’s stayed in the business, even after all of his struggles. “I decided a long time ago, I would rather produce my own films, do my own music… I don’t need to be anybody’s puppet. I love acting. I love the work that I do. And I believe that when people are ready to grow up and accept some responsibility for this whole thing and say, ‘You know what? We were wrong. Corey Feldman deserves that respect for standing up for themselves and for others,’ maybe one day we can find a way to move forward and work together again. And if it happens that way, that would be great. But I don’t really give a rat’s ass if that’s not the outcome. What matters for me is justice.”

And for Feldman, it really all goes back to what he describes as that moment of “divine intervention,” when he made that oath to Haim. “There are things in life that you’re meant to do, and this is one of those things that I believe I was meant to do,” Feldman says. “He asked me to do it. I made him a promise. I am a man of my word. If I give somebody my promise, then I do whatever it takes to make that happen. And even though this is the biggest war I’ve ever fought, and I don’t want to be the one fighting it, at the same time, I made that promise, I kept it, and now I’m dealing with the consequences.”

The above interview is taken from a portion of Corey Feldman’s appearance on the SiriusXM show “Volume West.” Full audio of this conversation is available on demand via the SiriusXM app. 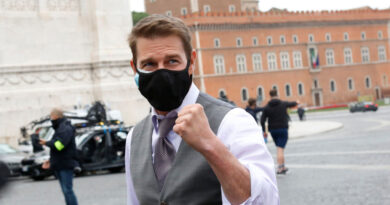 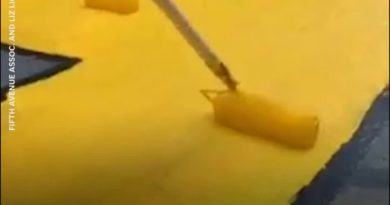