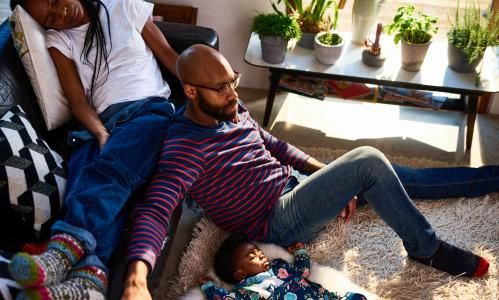 Last month, the Brookings Institution updated a June survey on American fertility, concluding that 2021 would see a sharp drop in US births. The pandemic and its attendant economic recession would result in 300,000 to 500,000 fewer births in 2021, Brookings estimated, threatening what the thinktank called a “baby bust”. Brookings also cited a study by the left-leaning Guttmacher Institute, a group that tracks data related to reproductive rights and health. That study – based on an internet survey of roughly 2,000 straight women of childbearing age – found that a staggering 34% of respondents had chosen to wait to get pregnant, or to have fewer children, as a result of the pandemic. As corroborating evidence, the authors of the Brookings report also cited data from the University of Indiana and the Kinsey Institute that indicate that Americans, and particularly those with school age children, are having less sex since the advent of coronavirus restrictions.

Declining birth rates in the United States are a longstanding trend, consistent with similar phenomena in nations where women have gained greater economic independence and greater control over their own bodies. And the sharp downturn in fertility in the wake of the coronavirus pandemic is not unique to the United States, as the trend has also been seen in among women in European countries that were hit hard by the virus. The acute downturn in American fertility is likely temporary: sharp declines in births, followed by rapid increases, have been typical in the midst of historic events that caused mass disruptions to family life, such as the second world war. It’s likely that if life ever goes back to something like what it was before the pandemic, birth rates will go back to their previous levels, too.

But the longer-term trend of smaller American families and more adult women living childless lives is likely to continue. And it is this observation, perennially made by thinktanks and statisticians, which perennially sets off a minor moral panic among economists, pundits and observers of American political life. How will social services be paid for if America does not keep producing new generations of taxpayers? What will the social life and moral character of the nation look like if the childrearing nuclear family collapses as the primary social unit? What will America become, these thinkers ask, if women don’t start having babies again?

Pro-natalism arguments such as these are never entirely devoid of sentimentality about family life, and they tend to make assumptions about women’s roles and responsibilities that are grounded in regressive, sexist and simple-minded ideas. When the trend of women having fewer babies is spoken about on the national scale, the old assertion that it is women’s role to bear children can advance from an item of moralizing paternalism to one of civic duty. In the minds of male pundits, fears of low birth rates can transform a woman’s fertility from a personal choice into an obligation of citizenship, something she has to do for her country, and theirs. Whose country, and whose babies, is always the unaddressed question in these conversations, and it is notable that those who think that America’s declining birth rates will cause problems as a result of a shrinking population do not usually offer increased immigration as a possible remedy. This focus on women’s choices makes the conversation around birth rates regressive and sexist, infused with a nationalism that exudes völkisch creepiness.

But the reality of why American families are smaller is not about a failing national character or a decline in women’s femininity. It’s about money. Because while many more women are choosing to have no children or fewer children, others are having fewer children than they would like. And for these women, their own smaller families are the result not of their own personal selfishness or moral degradation, but of economic constraints. For all of the pro-natalist handwringing over America’s shrinking tax base, the United States has spent shockingly little of its annual tax revenues on creating accessible and effective support for mothers. For years, the US has made domestic policy that has punished women for becoming mothers, and by extension, de-incentivized those who want to have as many children as they would like. This is one reason why the birth rate has declined so much: women are not given enough material support by the state to be able to raise children while still leading prosperous, economically productive lives.

Women, after all, are paid notably less than men, a trend that is especially dramatic when women of color are compared with their white male peers, and the gaps in compensation often begin early in women’s careers, even before they have begun raising families. Those pay gaps become larger as careers progress, making it harder for women to begin their families and harder for them to provide for the families that policymakers want them to grow.

Women are not given enough material support by the state to be able to raise children while still leading prosperous, economically productive lives

But once a worker becomes pregnant, there is little protection to enable her to have both her baby and her job. Pregnancy discrimination is rampant and laws against it are enforced laxly when they are enforced at all, meaning that many women, when they become pregnant, are demoted or fired by employers who assume that she will be less productive after she becomes a mother.

Even if she manages to keep her job through her pregnancy, there is no guarantee she will be able to keep it once she gives birth. The United States is unique among its peer nations in having no mandatory paid maternity leave, meaning that when a woman leaves work to have her child, she often has to choose between staying with her baby in the vulnerable and tender early months, or rushing back to work while she heals.

That is all assuming that the pregnancy and birth go well. Because due to public neglect of women’s health, the United States has some of the highest maternal mortality rates in the developed world, and those rates are dramatically, devastatingly higher for Black women.

There is no universal childcare in the United States, and the cost of childcare can be staggeringly high, meaning that mothers frequently have to choose between keeping their jobs, sending their children to substandard facilities, or allowing an acceptable childcare provider to eat a substantial chunk of her paycheck.

Male partners help, but not enough: women still do a disproportionate amount of the unpaid domestic labor of childcare, eldercare and housework. If a mother is owed child support by her children’s father, there’s a good chance that she’s not receiving it: less than half of custodial parents who are owed child support receive the full amount.

And now, all of these circumstances have been exacerbated by the pandemic, one in which most of the job losses have been borne by women, and where the childcare once provided by public schools has now been converted into yet another obligation for mothers – that of supervising online learning. As the writer Lyz Lenz put it in a piece responding to the Brookings report, “Now, with no schools, no daycare, no social support, and probably no job … now women are supposed to just suddenly feel in the mood to have babies because America’s tax base is eroding? Go to hell.”

The truth is that American policy has not treated childrearing and childcare as essential infrastructure, the kind of thing that workers need to have access to in able to keep the economy going. Instead, America has treated the raising and maintaining of children – and the care and support of pregnant women – as private issues, sentimentalized as labors of love. And of course, mothers do love their children, and many of them find that love rewarding and personally sustaining. But love does not pay the bills. The state has abdicated its responsibility to help women raise families, meaning that this burden has been borne by women alone. In light of these profound obstacles to child-rearing in the US, the question that comes to mind is not why so many American women are not having children. The question is why so many of them still are. 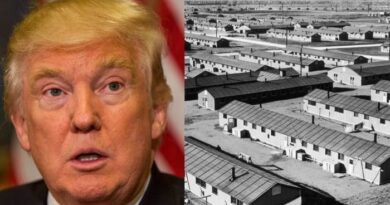 DNC Official Suggests Re-Education For Trump Voters – ‘How Do You Deprogram 75 Million People?’ 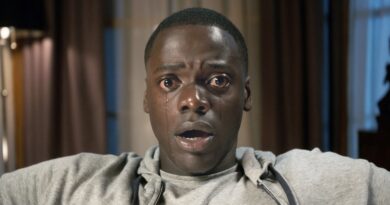