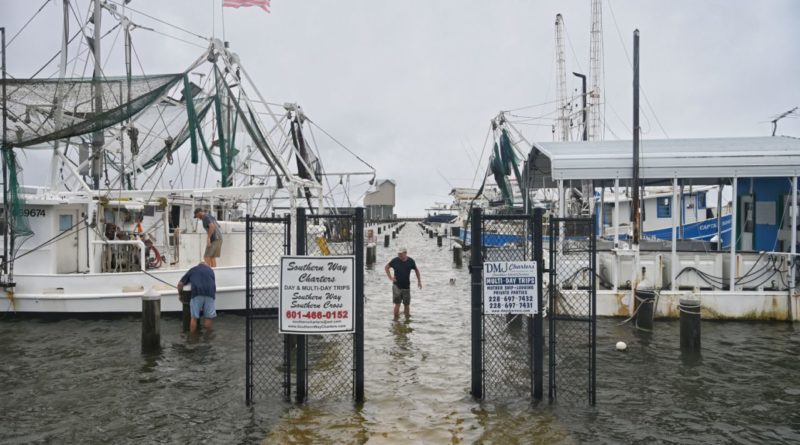 NEW ORLEANS – Tropical Storm Cristobal slowed down on its trek toward the Gulf Coast on Sunday but is still expected to make landfall later in the day with flooding downpours, dangerous storm surge and blustery winds.

As the storm remained offshore, thousands were already without power Sunday morning in parts of coastal Louisiana and Mississippi. Some roads had already flooded. The National Weather Service reported one tornado Saturday night in Florida, near downtown Orlando.

The third named storm of an already-busy Atlantic hurricane season was not expected to intensify into a hurricane, but it will definitely leave its mark as it moves inland along the southeast coast of Louisiana, forecasters said.

Squalls with tropical-force winds reached the mouth of the Mississippi River on Sunday, with maximum sustained winds of 50 mph. The storm, which was about 90 miles south of New Orleans by Sunday afternoon, slowed down to 5 mph on a northward trajectory, after it had been moving at 12 mph earlier in the day. The National Hurricane Center expected “a gradual turn toward the north-northwest late” Sunday.

“Conditions are expected to continue to deteriorate today,” the National Hurricane Center in Miami warned. “The center of Cristobal will approach the northern Gulf of Mexico coast this afternoon, then move inland across Louisiana late today through Monday morning, and northward across Arkansas and Missouri Monday afternoon into Tuesday.”

Hurricanes and a pandemic: A busy hurricane season and the coronavirus pandemic ‘is a cataclysmic scenario’

In Louisiana, Gov. John Bel Edwards declared a state of emergency. “Continue to stay weather aware this weekend as Tropical Storm Cristobal makes its way to Louisiana,” Edwards warned residents in a tweet.

Windows were boarded up in New Orleans hours before Cristobal’s expected landfall.

While the streets were mostly empty, those still running errands were not too concerned with the impending storm.

CR Holloway, an 83-year-old French Quarter resident, was wearing a face mask and shopping for sesame seeds for a dinner party he is hosting Monday evening. When asked about the potential for flooding in the city, he said his thoughts are more occupied with the COVID-19 pandemic and recent calls for police changes than they are with Cristobal.

“The storm seems like the lesser of all evils, very insignificant compared to what’s going on in our culture,” Holloway said.

Similarly, art gallery owner Vina Nguyen couldn’t help but frame the storm in the larger context of events that have rocked her city.

Like many shop owners in downtown New Orleans, Nguyen boarded up her art gallery last week to protect from the protests against police brutality as much as the storm. Prior to last week’s rallies, the gallery was closed because of the pandemic.

“It’s crazy what we’re going through with the pandemic, the protests and now a tropical storm. It’s an eerie time,” Nguyen said. “I’m kind of in disbelief.”

Brandon Smith of Biloxi, Mississippi, said he always boards up before a storm.

“We learned a powerful and expensive lesson with (Hurricane) Katrina and I suppose I’m a little paranoid about the storms these days,” he said. “It’s always inconvenient to drag the boards out of the shed, but a few hours of preparation goes a long way.”

Smith said his family home, which is near the Tchoutacabouffa River, flooded during Katrina, but no windows were broken. The home is 15 feet above sea level, so he does not expect to see flooding from Cristobal.

“But I try to take every precaution to protect the house against flying debris,” he said. “If a window gets destroyed, everything inside gets ruined. Why not protect it?”

“He passed away a few years ago, but I take these storms as seriously as he did, and always will,” Smith said.

The storm could spawn heavy rains from East Texas to Florida this weekend and into early next week, the hurricane center said. Cristobal is expected to produce total rainfall accumulations of 4 to 8 inches across portions of the central Gulf Coast into the Lower Mississippi Valley, and 12 inches of rain is possible in isolated areas.

A tropical storm warning was posted for the northern Gulf of Mexico coast from Intracoastal City, Louisiana, to the Alabama-Florida border.

Storm surge warnings and watches were in effect in Louisiana and Mississippi, and flooding up to 5 feet was expected in some places.

The storm’s large wind field will drive high surf to the beaches of the entire Gulf Coast, the Weather Channel said, whipping up dangerous rip currents and coastal flooding, particularly along and to the east of the track from Louisiana to western Florida.

A dangerous combination of storm surge and high tides will cause normally dry areas near the coast to be flooded by rising waters moving inland, the Weather Channel said.

In some parts of Louisiana, construction crews worked to increase levee heights in some areas in anticipation of the storm surge.

Forecasters at the National Oceanic and Atmospheric Administration last month predicted as many as 19 named storms would form this year, of which as many as 10 will be hurricanes. It’s just one of many forecasts that predict an unusually busy Atlantic hurricane season, which started Monday.

The storm already had an impact Saturday evening with a tornado that touched down near downtown Orlando, the National Weather Service said. The twister just missed a group of George Floyd protesters at Lake Eola at around 7:30 p.m. There appeared to be no injuries, but tree limbs were knocked down, and there were reports of power outages.

“Yes, it is related to the tropical storm that is well to our west,” said Scott Kelly, a meteorologist with the National Weather Service in Melbourne, Florida. “But the tropical storm provided a lot of low level shear and that has allowed for some tornadoes to form over Central Florida.” 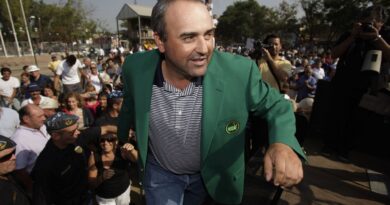 Golfer Cabrera arrested in Rio for extradition to homeland

Stocks fall as coronavirus cases jump in some states

‘Lockdown is where we’re headed’