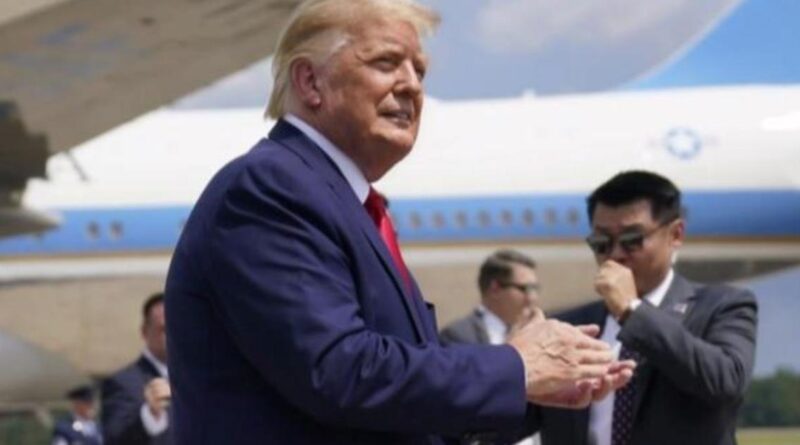 President Trump emphatically denied a new report that said he had called Americans who died at war “losers” and “suckers.”

“I would be willing to swear on anything that I never said that about our fallen heroes. There is nobody that respects them more. So, I just think it’s a horrible, horrible thing,” he told reporters, as he returned from a airport rally in Latrobe, Pennsylvania, Thursday night.

Earlier in the evening, he tweeted, “I never called our great fallen soldiers anything other than HEROES. This is more made up Fake News given by disgusting & jealous failures in a disgraceful attempt to influence the 2020 Election!”

The article, published Thursday and reported by The Atlantic editor in chief Jeffrey Goldberg, cites four anonymous sources with firsthand knowledge of Mr. Trump’s comments. It says the president canceled his visit to the Aisne-Marne American Cemetery near Paris in 2018 in part because he believed the Marines who died in the battle of Belleau Wood during World War I were “suckers.” According to the report, Mr. Trump said, “Why should I go to that cemetery? It’s filled with losers.”

Mr. Trump denied this, saying, “I was ready to go to the ceremony,” but weather prevented him from attending.

“It was raining about as hard as I’ve ever seen. And on top of that it was very, very foggy. And the helicopter was unable to fly. It was a fairly long helicopter flight, but it was a very long drive,” he told reporters Thursday. The Secret Service, he said, told him, “‘You can’t do it.’ It was two and a half hours, two hours of driving.” Mr. Trump said he responded, “‘I want to do it.’ They said, ‘You can’t.’ There was no way I would have been able to do it.” He also told reporters, “I spoke to my wife, I said, ‘I hate this, I came here to go to that ceremony.’… I said, ‘I feel terrible,’ and that was the end of it.”

The president seemed to speculate about the sources, “Probably it’s a couple of people that have been failures in the administration that I got rid of. I couldn’t get rid of them fast enough. Or it was just made up. But it’s unthinkable.”

“Anybody that — if they really exist — if people really exist that would have said that, they’re low lifes and they’re liars,” the president said.

Hogan Gidley, who is currently the Trump campaign’s national press secretary, traveled with the president during the trip to France as deputy White House press secretary. In a phone interview, Gidley denied the report.

“That is a disgusting grotesque lie. I was there. The president never said that. And he would never even think such a vile thought because I know from firsthand knowledge that the president absolutely loves, respects, and reveres the brave men and women of the U.S. military,” Gidley told CBS News.

He also slammed the anonymous sources cited in the report, saying, “These weak, pathetic, cowardly sources, with no firsthand knowledge, do not have the courage nor the decency to put their name to that false accusation because they know how completely ludicrous it is.”

Jordan Karem, who was the president’s former director of oval operations served and his “body man” before he left the White House in 2018, said that he was with the president for the majority of the day when the commemoration at the cemetery was to take place and denied that the president had uttered the remarks alleged by the Atlantic. Karem said Mr. Trump never called the American soldiers buried in France “losers” and called the story “100% false.”

“I was with the president the whole day, and he was greatly disappointed that we couldn’t go,” Karem said. At the time, as the president noted, the White House cited bad weather for Mr. Trump’s inability to attend the ceremony, located about 50 miles from Paris, where he was staying. However, other world leaders, including French President Emmanuel Macron and German Chancellor Angela Merkel, visited sites outside the city on that day, despite the rain.

The report by The Atlantic also says that Mr. Trump referred to the late Senator John McCain as a “loser” and complained about lowering flags to half mast after his death. McCain spent more than five years as a prisoner of war in a North Vietnamese prison. In 2015, Mr. Trump publicly said that McCain was “not a war hero” because he had been captured, adding “I like people who weren’t captured.”

In person and in a series of tweets on Thursday evening, Mr. Trump admitted that he was “never a fan” of McCain, but said he “never called” the late senator a loser.

However, at the same 2015 event where he questioned McCain’s status as a war hero, Mr. Trump said that he liked McCain less after his 2008 loss to Barack Obama, because “I don’t like losers.”

Mr. Trump recalled in a tweet that he had ordered flags to be lowered “without hesitation or complaint” after McCain’s death. Miles Taylor, the former chief of staff for the Department of Homeland Security, contradicted Mr. Trump’s claim, saying on Twitter that he was “angry” DHS notified federal buildings to lower flags for McCain.

“Mr. President, this is not true. You were angry that DHS notified federal buildings to lower the flags for Sen. McCain. I would know because your staff called and told me,” Taylor wrote.

The report by The Atlantic also says that Mr. Trump referred to the late President George H.W. Bush as a “loser” for being shot down by the Japanese as a Navy pilot during World War II.

According to the report, Mr. Trump questioned the military service of Robert Kelly, the deceased son of former Homeland Security secretary and White House chief of staff John Kelly. The report says that during a visit to Arlington National Cemetery on Memorial Day in 2017, Mr. Trump turned to Kelly while standing in front of his son’s grave and said, “I don’t get it. What was in it for them?” Goldberg wrote, that Kelly “initially believed, people close to him said, that Trump was making a ham-handed reference to the selflessness of America’s all-volunteer force. But later he came to realize that Trump simply does not understand non-transactional life choices.”

Kelly declined to comment to The Atlantic has not yet spoken publicly about the report. 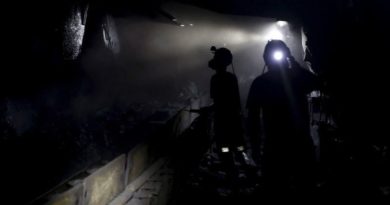 Miners in Poland’s Silesia region to go back to work next week: PM 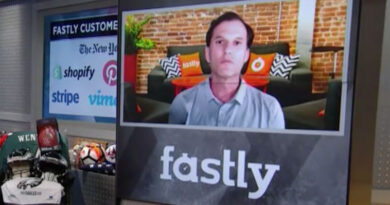 Fastly, Square, other 2020 tech winners pushed down this week 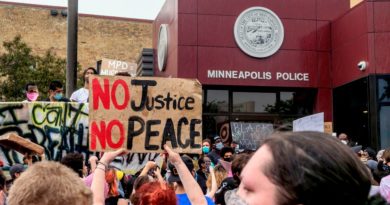