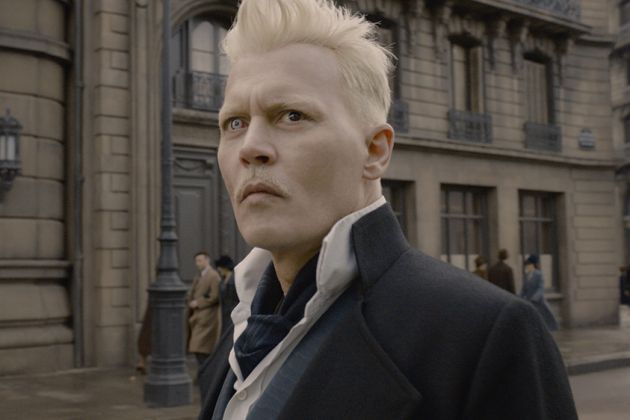 On Dec. 7, 2017, J.K. Rowling posted a lengthy statement to her website in defense of Johnny Depp, the actor cast to play the infamous dark wizard Gellert Grindelwald in the “Fantastic Beasts” movie franchise, part of Rowling’s “Wizarding World of Harry Potter” media fiefdom. For over a year, Depp had been dogged by headlines surrounding his disintegrated marriage to actor Amber Heard, who alleged Depp had repeatedly physically and verbally abused her. Even before the #MeToo movement exploded in late 2017, many of Rowling’s fans had made clear how upset they were that, after briefly appearing in 2016’s “Fantastic Beasts and Where to Find Them,” Depp was set to headline the follow-up, “Fantastic Beasts: The Crimes of Grindelwald” despite Heard’s claims.

In her statement — which was bolstered by similar statements from director David Yates and Warner Bros. — Rowling sought to assure fans that while she understood and appreciated their concerns, “based on our understanding of the circumstances, the filmmakers and I are not only comfortable sticking with our original casting, but genuinely happy to have Johnny playing a major character in the movies.”

Almost three years later, on Nov. 6, Depp announced on Instagram that Warner Bros. had asked him to “resign” from playing Grindelwald in the third “Fantastic Beasts” film. “I have respected and agreed to that request,” the actor wrote. Warner Bros. confirmed Depp’s withdrawal with a brief statement, thanking Depp “for his work on the films” and confirming “the role of Gellert Grindelwald will be recast.” While a source close to the production says Rowling signed off on Warner Bros.’ decision, to date, the author has yet to make any public comment about Depp leaving the franchise.

While “Fantastic Beasts 3” has been shooting for roughly two months largely in the UK, Depp left the project after shooting just one scene, sparing the production any costly, Christopher Plummer-style reshoots. A replacement actor, however, needs to be found with dispatch. The most obvious candidate, Colin Farrell — who played a disguised Grindelwald in the first “Fantastic Beasts” film — is most likely not available, Variety has learned, given the demands of playing the Penguin in “The Batman,” also currently in production in London.

So what’s changed from the second to the third “Fantastic Beasts” movie to cause Depp’s departure? Three letters: AT&T.

On Nov. 2, Depp lost his libel case against News Group Newspapers, which he sued in British courts for a 2018 article in The Sun that called Depp a “wife beater.” Judge Andrew Nicol wrote that he found the defendants had proved that what they’d printed was “substantially true,” a finding that gives significant cover for other UK journalists to characterize Depp in comparable fashion. (In his Nov. 6 statement, Depp said he plans to appeal the verdict in the trial and “prove that the allegations against me are false.”)

But while the trial did include some disturbing new allegations about Depp — and about Heard — the broad outline of Heard’s original abuse allegations from 2016 did not substantively change from when Warner Bros. and Rowling elected to support Depp’s casting in “The Crimes of Grindelwald.”

That film, however, significantly underperformed in theaters when it opened in 2018, grossing $654 million globally, the lowest take of any of the “Wizarding World” films by far. It was also Depp’s last major studio film prior to “Fantastic Beasts 3.” That same year, by contrast, Heard starred opposite Jason Momoa in “Aquaman,” the highest grossing adaptation of a DC Comics property ever (yes, even more than “The Dark Knight”). Heard is expected to reprise the role next year in HBO Max’s “Justice League” mini-series from Zack Snyder, and in the inevitable “Aquaman” sequel.

Most crucially, since “The Crimes of Grindelwald” wrapped production, AT&T merged with Warner Bros.’ parent company Time Warner, ushering in sweeping changes at what is now dubbed WarnerMedia, including a new CEO in Jason Kilar and a new studio chief in Ann Sarnoff. Sources with an understanding of how the company operates say one of the most pronounced changes since the merger has been an overall lack of tolerance for the kind of controversy that every major studio has had to weather at one time or another when courting mercurial — but historically popular — talent like Depp.

Besides, Depp is far from the only controversial figure orbiting the “Fantastic Beasts” franchise. Fellow costar Ezra Miller was caught on video in April appearing to choke a woman in Iceland, where Miller was located for “Fantastic Beasts 3” before the COVID-19 pandemic temporarily shut down production. Neither the studio nor Miller, who’s also set to headline Warner Bros.’ “The Flash” movie, have yet to publicly comment on the video.

Rowling plunged herself into a hornet’s nest of controversy this summer when she repeatedly defended her views questioning the facts of transgender identity, causing even more fans to question their loyalty to a franchise they’ve known since childhood. Warner Bros. responded to the uproar with a statement about “inclusiveness,” “a diverse and inclusive culture,” and valuing “the work of our storytellers” that never mentioned Rowling or trans people by name.

With so many clouds of controversy swirling around “Fantastic Beasts,” the verdict in Depp’s trial was apparently what the studio needed to finally cut the actor loose. Nominally, anyone who replaces him as Grindelwald would also have to commit to two more “Fantastic Beasts” movies, since Rowling announced in advance of the first film’s debut that it would be a five-film franchise. But “Crimes of Grindelwald” was enough of a critical and commercial disappointment that the third film will almost certainly need to cast a mighty powerful spell with audiences in order for Warner Bros. brass, and their AT&T bosses, to see the franchise as worth the ongoing headaches. 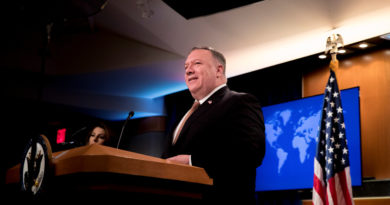 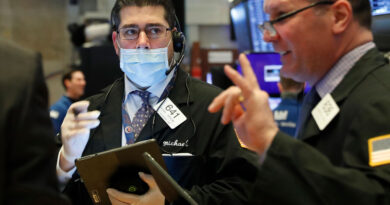 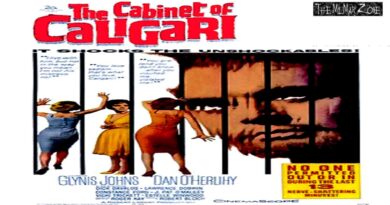 The Cabinet of Caligari 1962 — A Sci-fi / Horror Movie Trailer