One of 2020’s most anticipated, longest-delayed movies has settled on a final release date — but the bigger shock is where it will open rather then when.

Warner Bros. made the stunning announcement Wednesday that Wonder Woman 1984, perhaps its biggest tentpole, will open this year on Christmas Day simultaneously in both theaters and on the new streaming service HBO Max.

The follow-up to the 2017 mega-hit Wonder Woman will debut theatrically in certain international markets Dec. 16. (HBO Max is not available worldwide.)

“As we navigate these unprecedented times, we’ve had to be innovative in keeping our businesses moving forward while continuing to super-serve our fans,” WarnerMedia CEO Ann Sarnoff said in a statement. “This is an amazing film that really comes to life on the big screen and, working with our partners in the exhibition community, we will provide that option to consumers in the U.S. where theaters are open. We realize that a lot of consumers can’t go back to the movies due to the pandemic, so we also want to give them the option to see Wonder Woman 1984 via our HBO Max platform.”

“We appreciate how patient audiences have been and given the great anticipation around Wonder Woman 1984 we are grateful to be able to make this terrifically entertaining movie widely available in these challenging times,” added Warner Bros. chairman Toby Emmerich.

Star Gal Gadot and director Patty Jenkins both shared social media posts encouraging fans to watch the movie in theaters and at home.

Originally slated for last fall, Wonder Woman 1984 was then scheduled to open June 5 — right in the thick of summer blockbuster season in non-pandemic years — before theaters began shutting down around the country amid the coronavirus in March, shifting countless release dates.

The Warner Bros. announcement is especially surprising given how determined the studio was to release its other most highly anticipated release of 2020, Christopher Nolan’s mind-bender Tenet, exclusively in theaters in August (internationally) and September (stateside).

Still, most fans and pundits believed Wonder Woman 1984 would follow other superhero offerings like Black Widow (May 7, 2021) and Eternals (Nov. 5, 2021) and release later next year under the hopeful assumption that theaters will be back to standing operating procedure. The move is another crushing blow for an exhibition industry in dire financial straits as a result of coronavirus closings, while giving Warner’s fledging streaming service a shot in the arm.

Guess they couldn’t wait til 2021… bit of a bummer, because the #1 thing I remember about the first WONDER WOMAN is how a packed theater reacted to it https://t.co/4lqbevyu0s

While I appreciate the “I would’ve waited a few months for Wonder Woman 1984” takes, it’s naive at this point to think things will be normal again in a few months.

Now that Wonder Woman 1984 is going to HBO Max on Christmas, I wonder how long until Disney+ starts eyeing that Black Widow movie sitting on the shelf… 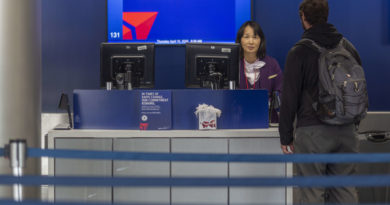 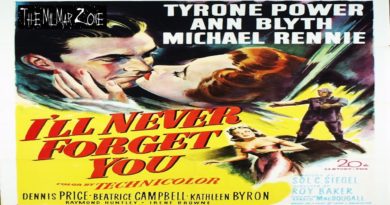