Vivian Maier is probably the biggest photographic phenomenon of 2010s. After her negatives were discovered, her immense talent was shared with the world, and there’s even a documentary about her. If you look up to her work, Frederik Trovatten has a really interesting video for you. In the very first episode of How to Take Photos Like…, he analyzes Maier’s work and tries to replicate her unique style.

I found Frederik’s video really interesting to watch. You can tell that he did his homework: he used the same film as Vivian Maier, he studied her photos and some podcasts and videos about her… And only then he hit the streets of Mexico City with his Rolleiflex medium format camera. He also attached a GoPro onto it to follow his process and interaction with strangers, which I also found really interesting. It was fun watching how different people reacted to him and his camera.

Frederik analyzed Vivian Maier’s images and tried to replicate her style and all the different angles, approaches, and subjects that she showed in her work. For some of the images, Frederik would just approach the person and take the shot without asking for permission. He asked others to pose, which you can also see in some of Vivian Maier’s images. It was a bit different when photographing children, as it can be perceived as pretty intrusive nowadays. He’d always ask parents for permission if they were around, or he was simply less intrusive and more careful when shooting.

As I mentioned, I enjoyed watching this video and Frederik’s interpretation of Maier’s work. Of course, I don’t think you should blatantly copy other artist’s work, and I also think it’s not the point of the video. But we wrote about it before: imitation can be a good way for developing your own style.

Make sure to check out the video above, I think you’ll find it fun whether or not you’re into Vivian Maier’s work. You can also see more of Frederik’s work on YouTube and Instagram. 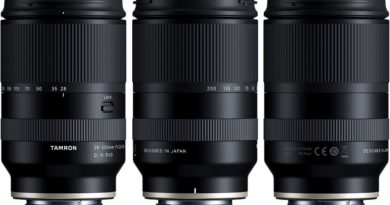