At the end of October, 2019, my photo library contained approximately 60,000 images, mostly taken over the past 20 years. (Of those, nearly 40% are from the past five years.) Comparing the size of my library with those of friends of mine, I’m about average, but still, 60,000 is a big number, and managing that many photos can be a bit intimidating. I once topped out at 80,000 photos, but about six years ago I came up with an exercise — pruning a single year’s worth of photos — that has helped me get my library better organized and more efficient. As a photo-management tool, I felt it was worth sharing here.

I tend to do the majority of my editing — culling, sorting and post-processing — on my most recent photos. For example, out of a shoot where I end up with 600-800 images, I’ll quickly get that to upwards of 50 selects, and I will then spend most of my time working on those photos. The rest soon get lost into the archives. It’s not that they’re unimportant, but they aren’t compelling to me at the moment, and as such, they end up disappearing. As time goes on, and I take more photos, it becomes harder to find key photos from the past (at least those non-portfolio photos), or to even know what I might have hidden that is of some value.

A few years ago, I decided to do something about this problem. Every winter, I would pick a year’s worth of photos and revisit them. I build 1:1 previews of all the photos from that year, which improves performance as I move from photo to photo, and lets me view detail quickly. Then, I look at each image for a few seconds (some a bit longer) and decide whether I really need to keep it. Every photo I don’t want gets a ‘reject’ flag; when I’m done, I display the rejected photos and scan the group in thumbnail/grid view, and press the Delete key to remove them from my library.

Why do this, aside from slimming my library? For one, my compositional skills have increased over time, as has my eye for evaluating the strengths and weaknesses of a photograph. Similarly, I’ve gotten better with focus; many of my old photos are woefully deficient in terms of appropriate (or acceptable) sharpness. I really don’t need to have out-of-focus, poorly composed, or poorly exposed photos hanging around.

I also have lots of 3- to 7-shot sequences taken for panoramas and HDR composites, and I’ll work through those groups as part of the pruning process. For panos, I’ll check focus, look at the slices to see if I think there’s a better composition over others that might have already been blended into a finished product. (Sometimes, I’ll build the panorama, just looking at the preview.) For HDRs, I tend to be a bit more brutal: I check focus and composition, and will often just keep the middle exposure or that and a second shot if I think the sequence worth keeping.

It’s not just about deletion

The image-pruning process reconnects me with the past, and strengthens my understanding of the photos I took that year. I always find a number of ‘lost’ photos that strike me today as worthy of saving, re-editing, re-rating, or keywording, so that they can be found more easily in the future. If there is a photo that I really want to do something with right away, I’ll add it to an album created for that year’s photos (usually with a title such as ‘2009 new selects’).

I have also found that, as raw processors have evolved over time, some of my older photos can now be processed with better results. It’s not magic, but every time I run through this process, I find a photo or two that can be re-edited with a bit better fidelity than it could have been in the past. (I also look with chagrin on those over-saturated and over-sharpened shots of yesteryear; luckily, I still have the raw files to rework them if I so desire.)

It’s important to understand that this is not a ‘do it in an afternoon’ process. Despite the speed with which I’ll flip from photo to photo, this is a task that requires my complete concentration. It needs to be set apart from my normal daily and weekly tasks. So I tend to prune at the fringes of my work days, giving an hour here, a couple of hours there, so that I’m not overwhelmed with the task. Depending upon the number of photos in a year, it can take anywhere from a week to a month to complete the process.

This year, I worked through 2009, which had a relatively low (3,100) number of photos taken. After two weeks of work, I removed 950 images, updated keywords for nearly 500 photos, changed the ratings (up and down) on about the same number, and added 20 or so photos to my ‘take a look’ album. I also found a bunch of forgotten family photos that were worth adding to a master album. And, in the end, I had a much better handle on what I shot in 2009, and why.

Like everything else about photo management, my pruning task is not going to work for everyone. Some photographers hate the idea of removing a single photo from their library. Others delete more frequently, while still more have an encyclopedic knowledge of what in their library and how to get to it. For me, though, pruning old-growth photos is more than just a task that streamlines storage space and makes my library more efficient. It also a meditative process that deepens my understanding of who I am as a photographer, and gives me a quiet affirmation of my progress over time.

This post is part of an upcoming book and video series about organizing and managing your photo library, coming this spring from CDP Press. Comments or questions on this or any other topic? Drop us an email. 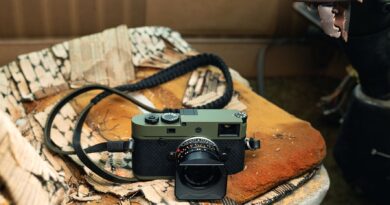 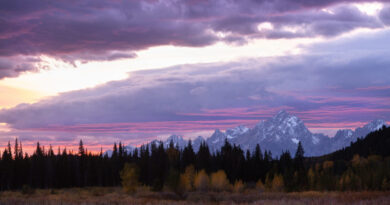 Photo Of The Day By Brynn Schmidt

The Wizard of Mars 1965 — A Time Travel Movie Full Length