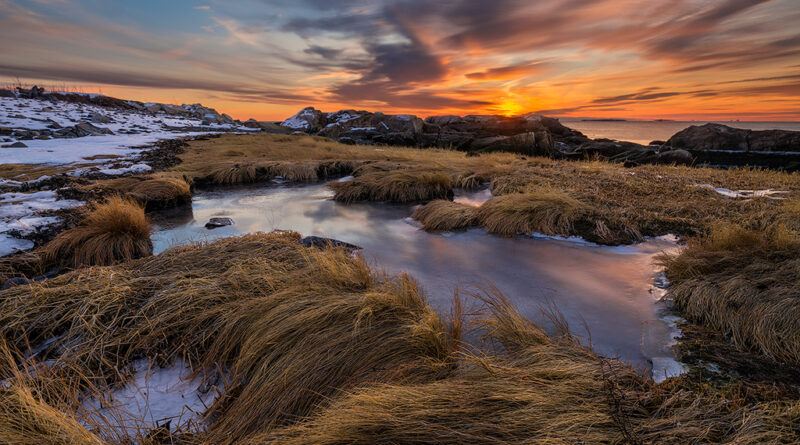 “I had admired this tidal pool along the New Hampshire coast this past summer, but the sun doesn’t rise behind it until this time of year,” explains Lichtman. “Summer grasses grow so tall that it’s easily camouflaged and lacks the ability to catch much light and create a reflection. Prior attempts this winter either lacked the colorful sky or the saline ice was too dull or lumpy for a crisp reflection. On this morning, I brought containers of hot water and doused the icy depression to create a thin liquid layer that might create a better reflection of the sky and possibly some steam above the ice— like a thermal pool out west. The water cooled a bit by the time I reached the beach and ambient temperatures weren’t cold enough to create the steam effect, but the reflection was much improved and clouds formed in just the right part of the sky. I positioned myself belly down on the frozen beach to include as much sky as possible. Two exposures manually blended for dynamic range.” 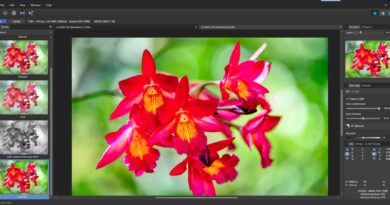 Sony Announces the a1, Its Best Mirrorless Camera to Date 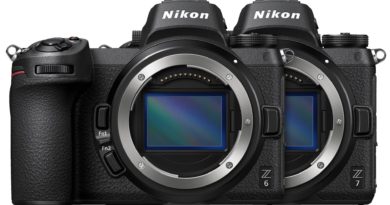