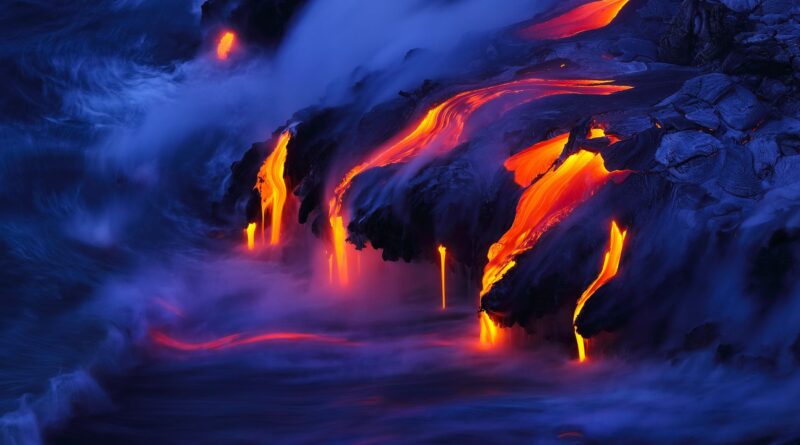 Bruce Omori is a legend in the landscape community. He is well known for his artistic interpretations of the Hawaiian lava fields. He has certainly chosen a line of work which is both dangerous and exciting.

We got pretty intrigued here in DIYP, so we asked Bruce to share a little bit of what’s going on behind his photos. You are in for a great read. Bruce’s stories are just as amazing as his photos.

How does one get into shooting Lava?

It began with curiosity as a kid. Sadly, being asthmatic with an allergy to sulfur, I wasn’t allowed to get close to Kilauea’s eruptions. I pored over books and photos to get my fill of Lava.  Those books started a lifelong love-hate relationship with the volcano.  It held such an irresistible intrigue to me, but it  could also be the 100% deadly for me.  Luckily, the knowledge I gained through that fascination with lava helped me overcome the fear that was instilled in me as a child.

How long have you been involved with Volcano photography?

I began documenting Kilauea’s activity in early 2008, and have been shooting lava ever since. I spent thousands of hours hiking out on, and flying over the lava fields.  It has become the cornerstone of my life’s work.

The volcanic environment is extremely harsh and corrosive, especially near the ocean entries, so it’s very taxing on photography equipment. I’d recommend camera gear with good weather sealing for protection from caustic gases and compounds, and tiny bits of volcanic glass carried by the wind.  The eruption zone is also very unstable, and the surface of lava can be very slippery, so having a very stable tripod is a must.  I rely upon Really Right Stuff’s carbon fiber tripods retrofitted with Rock Claws, because they are lightweight and strong, and provide excellent stability.

Being out in the lava fields can be very dangerous. Recently a well-known lava photographer lost his life while leading a workshop. I believe he was choked by gases that suddenly enveloped him. Which security measures do you take?

Yes, Sean King was a friend of mine, and his accident really hit home for me and underscored the importance of practicing safety while out on the lava fields.

Before hiking out to active flows, I’ll prepare by reviewing the latest eruption conditions and weather forecasts, as a shift in wind or a change in weather could be catastrophic.  Also, I always have a respirator and inhaler (for my asthma) with me at all times.  If I’m leading a workshop, I provide respirators and pertinent safety gear for each client. I always give a safety briefing before embarking on an excursion.  Understanding what the dangers are and why they exist, helps keep everyone safe.

While Kilauea’s eruptions are very approachable relative to other volcanoes, it still is very hazardous, as many of the dangers are not visible.  So, knowledge of all the various aspects of the eruption, and familiarity with the terrain, are extremely important.  Heed all warnings and advice given by the rangers while within the national park. If the eruption is outside of the park, hire a reputable local guide to ensure your safety.

What is the most dangerous episode you have experienced?

I’ve had many.  But, one of the more hair-raising ones, was a time when I shot a river of lava flowing into the sea, from the side of a littoral cone… it was quite an impressive scene, so I kept trying to get a shot, but the winds were shifty and I kept having to retreat from the toxic gas plume.  After numerous attempts, I was finally able to fire off a few frames of the impressive molten river before leaving the spot.  As I was reviewing the images I captured not even 10 minutes earlier, I heard a loud hissing… the cone I had been standing on began collapsing into the sea, and ensuing explosions showered the area with molten lava!  If I stayed there just a few minutes longer, I wouldn’t be answering these questions right now!

One of those frames Bruce captured during that close call.

Has your gear ever been damaged in the field? Was it worth it?

Yes, I’ve spent so much time shooting lava, that the prolonged exposure to the caustic gases have caused serious corrosion within my camera bodies. I’ve already had to replace the electronics, seals, and switches countless times.  I’ve also had tiny bits of volcanic glass get inside of my motorized lenses, stripping the gears and rendering it unusable.  And, I’ve melted numerous tripod legs and feet, backpacks, umbrellas, and Merrells… but, I don’t have any photos of them!  Was it worth it?  YES!!

Are you ever afraid or worried while out photographing lava?

Yes, sometimes I get fearful, especially when something occurs that I’ve never seen before.  Or, when the magnitude of a change is severe, as it could mean that my safety may be compromised.  I always remain vigilant while shooting lava, as conditions can change drastically in an instant, so I think I’m usually more in a state of concern and awareness rather than being afraid.

I assume you shoot in raw so that the images need to be developed. Which software do you use for your editing? How does a usual workflow look like for you?

Yes, I always shoot in raw, and I do all of my post processing in ACR and Photoshop.  I consider myself to be more of a photojournalist than anything else, and because I’m not much of a processing guru, my workflow is very simple.  The one thing I tend to spend a little more time on than others is the color of lava.  I suppose it comes from seeing it so often, that an unrealistic rendition of the colors will annoy me. So, I’ll do most of my color correction in ACR, with a touch of exposure and contrast adjustments.  Then, I’ll take into Photoshop to finish if it needs more color and/or contrast adjustments.

What motivates you to repeatedly spend time in the midst of lava, smoke, ashes, and lethal gases?

It’s an addiction!  Volcanic activity is so mesmerizing, I just can’t get enough of it!  It is a mind-blowing display of a force of nature that can’t be ignored… and while it can be brutally destructive, it also creates… and so beautifully too.  From the way it moves, to its colors, and textures, lava never ceases to amaze me.  I’m just so thoroughly blessed to have the opportunity to witness, let alone shoot this fascinating and dynamic aspect of our living and breathing planet!

Photo Of The Day By Beth Baker 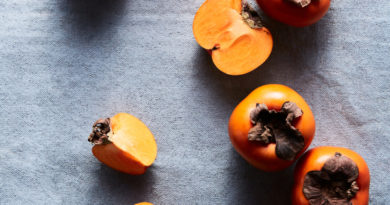 Getting Started with Layers in Capture One Pro