It used to be that photographers were wary of third-party camera lens makers because they often sacrificed quality for a cheaper price. However, that’s no longer the case today. In fact, third-party lens makers such as Tamron and Sigma are now creating viable lens alternatives that even professional photographers are turning to. Relatively new to the game is Viltrox, a Chinese camera accessory manufacturer. They recently put out the Viltrox PFU RBMH 85mm f/1.8 STM and I tested it out with my Fujifilm X-T3. Here are my thoughts.

The Viltrox 85mm f/1.8 lens is a fixed autofocus lens available for both Fujifilm X-Mount and Sony E-Mount cameras. It’s interesting to note that this is a full-frame lens as it works with both Sony FE and crop-sensor camera bodies; if Fujifilm made a full-frame mount, it would likely work with that as well.

This is a hefty lens, weighing in at 1.4 lbs (636 grams). It is an all-metal body that, unfortunately, is not weather-sealed. However, it would likely be able to hold up well over time, given its hard exterior.

The lens is simple with no buttons or controls on the body, which made for an interesting usability experience (more on that below). It comes with both a lens hood and front and rear caps.

One of the biggest selling points of this lens is its price: US$399 for an f/1.8 short prime lens is a pretty good deal.

When compared to these two lenses, the Viltrox 85mm f/1.8 seems like a steal at its price point, plus it is the fastest lens of the bunch.

Part of the joy of shooting with a Fujifilm camera is the experience. Most cameras, including the Fujifilm X-T3 and X-H1 that I use, have dedicated buttons and dials for setting details such as shutter speed and ISO.

All official Fujifilm lenses are built to integrate well with this shooting experience as they include a dedicated aperture ring used to control your F-stop. This little tidbit is where shooting with the Viltrox 85mm f/1.8 took some getting used to.

The Viltrox lens has no buttons or dials on it, and no aperture ring for adjusting the aperture. Instead, the front dial on your Fujifilm camera becomes the default way of changing your aperture. For long-time Fujifilm shooters, this is a strange thing to get used to.

Another thing to get used to is the weight of this lens.

Fujifilm mirrorless cameras are typically quite lightweight and compact compared to many of their full-frame competitors. As a result, which camera body you choose to pair with this lens can make a big difference in how you shoot with it.

When attached to my Fujifilm X-T3, the camera was harder to hold due to the shallow grip on the X-T3. In comparison, the Viltrox felt better balanced when paired with the Fujifilm X-H1, which has a more solid body with a deeper handgrip.

However, don’t forget that you can enhance the grip of most cameras like the X-T3 by using the optional battery grips or adding an L-bracket.

The autofocus is a mixed bag. While the autofocus mechanism is accurate once you secure focus, it does quite a bit of hunting when you first begin framing your subject. This is also not a very quiet lens, and you can hear the focus mechanism as it works to find focus. It’s not necessarily a dealbreaker unless you shoot a lot of fast-moving subjects, or really need dependable autofocus. But you get what you pay for.

Image quality is spot on and in line with what you would expect from a Fujifilm camera. Sharpness, color, and contrast are all great at various apertures, but the best feature is the bokeh. When shooting wide open at f/1.8, you get bokeh that is insanely smooth and gorgeous.

Is the Viltrox 85mm f/1.8 lens worth it? It depends on your budget and expectations for quality.

Many features from solid build quality, respectable integration with the Fujifilm system, and overall image quality are on-point. However, autofocus is not as reliable as it would be on a native Fujifilm lens.

Then again, you’ll be paying a lot more money for a similar Fujifilm lens, so if the cost is an issue, you really can’t go wrong with this lens given its price point. 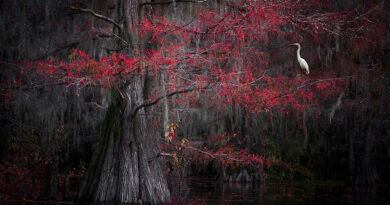 Behind The Shot: Balance – Outdoor Photographer 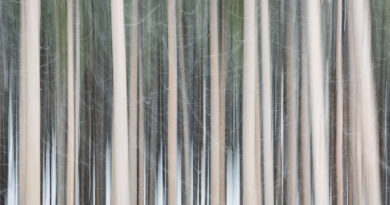 Photo Of The Day By Beth Baker 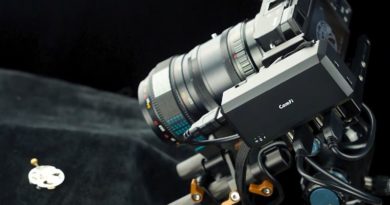