If you’ve been involved in photography for any time, you know there is a huge debate around full-frame cameras vs other sensor size cameras. Much like the Mac vs PC debate, or the iOS vs Android debate, this debate has shutterbugs riled up everywhere. Today, I am going to answer an important question from the debate, which is, are full-frame cameras better in low light? The answer is quite surprising.

Continue reading to find out.

The short answer to this question is yes, full-frame cameras are better in low light. But, that is not an absolute statement, and it won’t hold true in all circumstances. There are many other factors responsible for creating a digital image, and without accounting for those factors, it wouldn’t be wise to declare full-frame cameras a clear winner in the low-light department.

Before concluding which cameras are better, we need to define the criteria by which we decide the winner. In other words, what does “better” signify when we call one camera system better than the other.

Since we’re talking about low light performance, we can narrow the criteria to image quality. The camera system that produces better image quality in low light can be considered better than the other. The technical term for quality, in the context of low-light performance, would be signal to noise ratio. The signal to noise ratio, or SNR for short, is a ratio that measures the amount of usable signal captured against the noise in the signal. The higher the ratio, the better the quality of the image. The maximum SNR for a sensor can be calculated with the following formula:

Where FW represents the full-well capacity.

Considering this formula, one can deduce that the more light an individual pixel can capture, the better the SNR will be, and a better quality image will be produced.

That means that a full-frame sensor is almost 2 times the size of an APS-C sensor. If the pixel density and the well-size remain constant, a full-frame sensor will gather approximately an additional stop of light—which is a significant difference. Considering this, we can safely conclude that full-frame cameras will perform better in low light under most circumstances.

But, we have to keep in mind that while a full-frame camera does gather more total light, the amount of light hitting the sensor per unit area is the same, which would infer that signal to noise ratio will be the same for systems. That being said, we need to keep the crop factor in mind as well.

Shooting the same scene with the same focal length on a full-frame camera and a crop sensor camera will produce significantly different fields of view. However, if you adjust the focal length to keep the exact same framing for both systems, the smaller sensor will capture less light to make the same image, which will make the image noisier.

Some photographers like to claim that manufacturers automatically adjust the internal ISO of a smaller sensor camera to compensate for the lack of light, signifying that the crop factor should be applied to the ISO as well when trying to find the equivalent ISO, but based on the logic I mentioned above, that is not true.

My analogy for comparing cameras (for their general performance) is that they see differently. By seeing, I refer to the field of view. Most of the differences in the camera systems can be traced back to that. For a thorough discussion on the subject (although slightly confusing), you should watch this video by Tony and Chelsea Northup on the subject.

Not all sensors are created equal, and the overall image quality is heavily affected by the sensor technology as well. So, if you compare the image quality of a full-frame camera from 10 years ago to a modern APS-C under similar low light conditions, you probably won’t find any differences, and the APS-C image might be a little bit better too. But, that isn’t a very fair comparison. Let’s quantify low light performance and compare more recent cameras. An easy way to do that is to use DXOMark’s Sports ISO, which measures low light sensor performance specifically.

Let us compare two full-frame cameras—the Nikon D850 and the Panasonic S1R. Their Sports ISO scores are 2660 and 3550 respectively. That means there is almost a 30% improvement in low light performance on the S1R. Given that the Nikon D850 did come out 2 years before the S1R, the difference can be acceptable.

But, if you add the Sony A7RIII to the mix, which also came out 2 years ago, things become interesting. That is because its Sports ISO score is 3523, which is identical to the S1R. This simple comparison shows how sensor technology can affect low light performance, regardless of the sensor size.

No Camera System is Perfect

Seasoned professionals know that no camera system is perfect. Every system has its compromises. The question is, which compromises are the most suitable to you. You shouldn’t compare sensor sizes just in terms of overall noise—the differences extend far beyond that.

Larger sensors offer more flexibility with depth-of-field. When you’re shooting with wide apertures, a large sensor will offer noticeably better image quality. But when you close down the aperture to get a better depth of field, the image quality advantage can disappear, or at least diminish to a large degree. Depending on what you shoot and how you shoot it, this might be an important consideration. 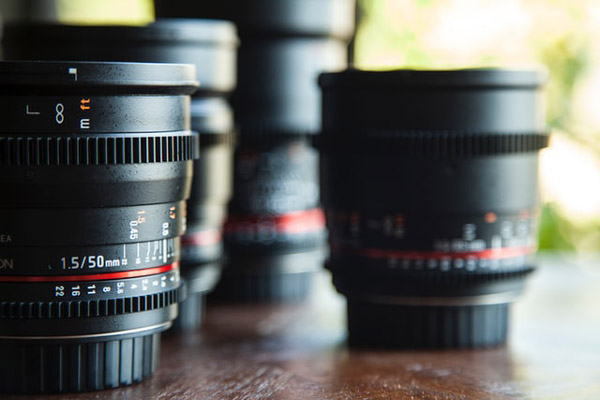 One thing that you need to understand is that although full-frame cameras capture more light, an image taken with a full-frame camera and a crop-sensor camera will be exposed similarly. That means you won’t magically have brighter images just because you use a full-frame system. The reason behind that is the light captured per unit area of the sensor remains the same.

When you’re considering purchasing a camera, image quality should be one of the things you should consider, but it shouldn’t be your only priority. Full frame cameras generally cost much more, are bigger in size, are heavier, and even lenses designed for them are gigantic and expensive.

Also, keep in mind the lens availability of the camera system you’re looking to buy. If you can gain an additional stop of light with a faster lens on an APS-C camera, the image quality will be almost the same as a full-frame system.

So not only are you paying a lot more money, but you are investing in gear that is much heavier to operate and carry. It is a significant disadvantage, and unless you are a professional (or aiming to be a professional), the tradeoff is usually not worth it.

Not to mention that you need more (and faster) storage, and a better computer system to edit the images. The camera system itself needs significantly more power to process the extra information captured.

Think of the End Result before Deciding

So, are full-frame cameras better in low-light? Probably. But, does it matter? Maybe.

It all depends on what you’re shooting, how you’re shooting it, and what you’re shooting it for. If you’re going to be shooting only low light pictures, and you need to squeeze every bit of quality from each pixel, then a full-frame system will offer marginally better results, although at much higher costs. However, if you simply shoot as a hobby and view your pictures only on regular digital screens, it is likely you won’t even notice the difference in quality.

The full-frame sensor vs crop sensor debate isn’t going to be settled anytime soon. And that should not matter. Unless your professional work depends on it, you can weigh the pros and cons, and decide the system that works better for you.

If you need to capture the absolute best image no matter the cost, then a full-frame camera will be your best bet. Otherwise, a crop sensor body will do just fine. If you liked this article, then you’ll definitely enjoy reading more articles about low light photography. Don’t forget to leave a comment with your questions, and join the email list for a free photography course.

List of Helpful Software For Photographers of Any Level

Photo Of The Day By Gene Putney