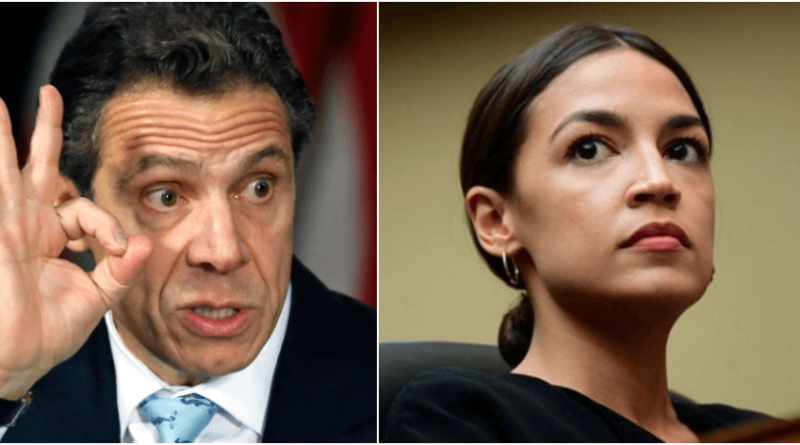 Governor Andrew Cuomo responded to comments by Rep. Alexandria Ocasio-Cortez by saying her suggestion that rising crime rates in New York are due to people being “scared to pay their rent” are “factually impossible.”

During a Zoom video call, the congresswoman known as AOC offered her theories on the surge in crime.

“Why is this uptick in crime happening? Well, let’s think about it,” she asked prior to revealing she hadn’t really put much thought into it.

“Maybe this has to do with the fact that people aren’t paying their rent and are scared to pay their rent,” AOC added, theorizing that they also “feel like they either need to shoplift some bread or go hungry that night.”

Cuomo was asked to comment on the socialist’s remarks.

Cuomo refutes AOC: “It’s factually impossible that somebody committed a crime so they could pay their rent.” pic.twitter.com/0SKOYUe0NP

Cuomo was asked to comment on Ocasio-Cortez’s by a reporter and initially feigned ignorance.

“I don’t know what she said, so I have no comment on what she said, but people have theories,” he replied. “An incorrect theory doesn’t wind up being correct because there’s a void.”

An aide to the governor, Melissa DeRosa, interjected on the rent angle stating that evictions on commercial or residential rent had been halted by executive order “through the end of August.”

Added Cuomo, “Yeah, it is factually impossible that somebody committed a crime so they could pay their rent. If you can’t pay your rent, you cannot be evicted right now.”

In AOC’s defense, this doesn’t address the soaring ‘bread theft’ statistics that she has thoroughly compiled in her own mind.

“Factually impossible … If you can’t pay your rent, you cannot be evicted right now.”

On violent crime, he said: “A number of contributing factors … no one factor.”https://t.co/J9qVNlsv9r

RELATED: AOC Says Spike In NYC Crime Might Be Because People Are Jobless And Are ‘Scared To Pay Their Rent’

Well, at least in this one aspect, it would seem Cuomo and the Trump administration are in agreement.

“You have Representative Ocasio-Cortez saying this is just because people are trying to get food with their families,” McEnany scoffed. “That is preposterous.”

MOMENTS AGO: Press Sec. Kayleigh McEnany slams Rep. AOC discussing uptick in NYC violence: “You have Rep. Ocasio-Cortez saying this is just because people are trying to get food with their families.” pic.twitter.com/SREtVGwZtF

It’s one thing for McEnany to call out AOC’s fiction, but it has to be really bad for Cuomo, who has yet to meet a lie he doesn’t appreciate, call her out as well. 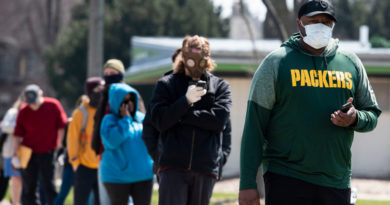 Wisconsin Election Results: What to Watch For

Is it time for straight actors to stop playing gay characters? ‘The Boys in the Band’ cast weighs in [Video]