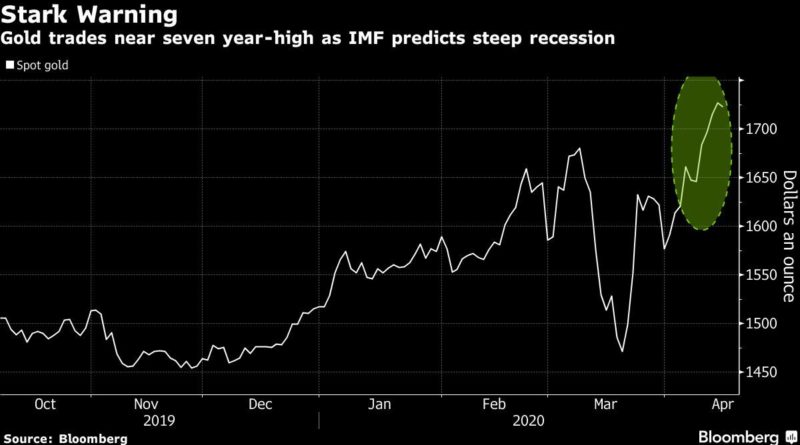 (Bloomberg) — Gold traded near the highest close in more than seven years, supported by predictions for the deepest global recession in generations; expectations for prolonged, debt-fueled intervention by central banks and governments; and another charge by investors into bullion-backed funds.

Spot bullion held its ground after a four-day surge, with the International Monetary Fund twinning a warning that the pandemic-induced global recession will be the deepest since the Great Depression with a plea for more even more stimulus. Later Wednesday, U.S. retail sales data for March will add more detail on the damage from the outbreak as earnings season rolls on.

“Gold is the ultimate hedge against too much debt in the world,” said Rainer Michael Preiss, chief investment officer, equity, at The Global CIO Office in Singapore. Bullion will go on to hit a record, he said, citing balance-sheet expansions by central banks and large-scale fiscal stimulus.

The precious metal has rallied 14% this year — supported by record holdings in exchange-traded funds — as the pandemic pitched economies into recession and flayed appetite for risk. Bullion’s latest resilience came even as leaders in Europe and some U.S. states started preparations to ease lockdowns, with the outbreak showing signs of slowing. Additional support came from the dollar, which has dropped to near a one-month low.

If the IMF “predictions were to materialize, we could see continued fiscal and monetary support, weakening budgets, possible debasement of currencies and an increase in demand for gold,” said John Sharma, an economist at National Australia Bank Ltd. “This will likely provide solid support.” Still, any progress on the health front might limit the metal’s upside, he said.

The IMF calculates governments around the world have already taken fiscal actions amounting to about $8 trillion, including more than $2 trillion in the U.S. Central banks including theFederal Reserve have piled in, too.

In other precious metals, silver dropped 0.9% while palladium and platinum rose. 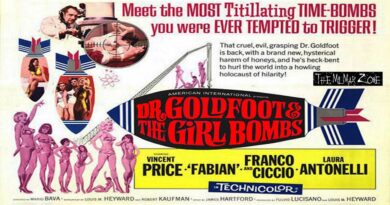