VINNYTSIA, Ukraine — Firefighters have struggled to control wildfires burning through radioactive forest in the abandoned territory around the Chernobyl nuclear plant, where radiation levels are considerably lower than they were immediately after the 1986 accident but still pose risks.

Radiation readings near the wildfires, where smoke is swirling about, have been elevated, with the wind blowing toward rural areas of Russia and Belarus for most of the past week. The wind shifted Friday toward Kyiv, the Ukrainian capital, but authorities say the radiation level is still normal in the city, whose population is about three million.

But Saturday’s strong winds could spread the fires to the remnants of the nuclear plant and the equipment that was used to clean up the disaster, said Kateryna Pavlova, the acting head of the agency that oversees the area, in a telephone interview. “At the moment, we cannot say the fire is contained,” Ms. Pavlova said.

After the 1986 Chernobyl disaster, authorities created an area around the plant known as the Zone of Alienation, a rough circle with a nearly 18-mile radius, fenced off with barbed wire. Access to the zone is limited to workers who manage the site and tourists who take guided excursions.

Over time, radiation has settled into the soil, where its half-life ticks away mostly harmlessly. But the roots of moss, trees and other vegetation have absorbed some radiation, bringing it to the surface and spreading radioactive particles in smoke when it burns.

Already in lockdown because of the coronavirus, Ukraine is now also contending with fires in the post-apocalyptic landscape of the Chernobyl zone.

Wildfires break out there often but the blazes burning through dry grass and pine forests this spring, after a warm and dry winter, are far larger than the typical brush fires in the Chernobyl zone.

The Exclusion Zone Management Agency, the government office that manages the site, said the fires have burned through more than 8,600 acres over the past week. By Saturday, about 400 firefighters, 100 fire engines and several helicopters had been deployed to the exclusion zone.

According to the state center of radiation and nuclear safety, contaminated smoke is expected to reach Kyiv this weekend. However, the radiation level in the air, once smoke has disbursed far from the fires, is considered safe. It is expected to be about a hundredth of the level deemed an emergency.

The Exclusion Zone Management Agency is trying to protect critical infrastructure in the Chernobyl zone, such as the plant itself and the so-called “graves,” or parking lots of abandoned, highly contaminated trucks and tracked vehicles that were left from the original disaster, officials said.

“We have been working all night digging firebreaks around the plant to protect it from fire,” Ms. Pavlova said.

The cause has not been determined. One possibility is that a fire started intentionally by farmers to clear stubble from nearby fields had spread into the zone.

The Zone of Alienation is an eerie landscape of abandoned villages, equipment “graves,” empty fields and dense pine and birch forests, set aside in perpetuity as an experiment in mitigating nuclear disaster. The idea was to limit, through isolation, the lethality of radiation.

The danger is minimal today. Scientists say the average radiation level in the zone is about a quarter as harmful to human health as it was in the immediate aftermath of the explosion and fire.

Radioactive elements degrade at predictable intervals, called half-lives, that can vary enormously. The average particle half-life at Chernobyl is about 30 years.

The main risk from the fires comes from inhaling, via the smoke, small radioactive particles thrown years ago from the open core of the Chernobyl reactor, said Olena Miskun, an air pollution expert with Ecodiya, an environmental advocacy group.

“Wind can raise hot particles in the air together with the ash and blow it toward populated areas,” Ms. Miskun says. Also, radioactive particles can land on gardens or fields and later be consumed in food.

“We are lucky to have quarantine measures in place now,” she said. “People stay at home, walk less and wear masks,” anyway, because of the coronavirus threat. 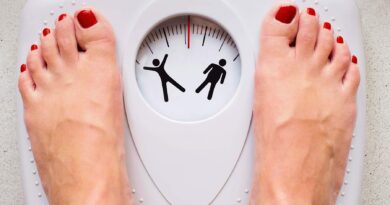 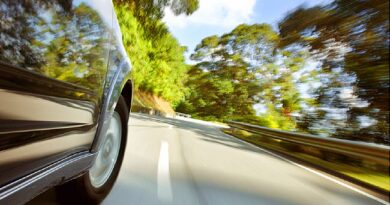 U.S. Pedestrian Deaths Rose in 2020, Even Though Driving Declined