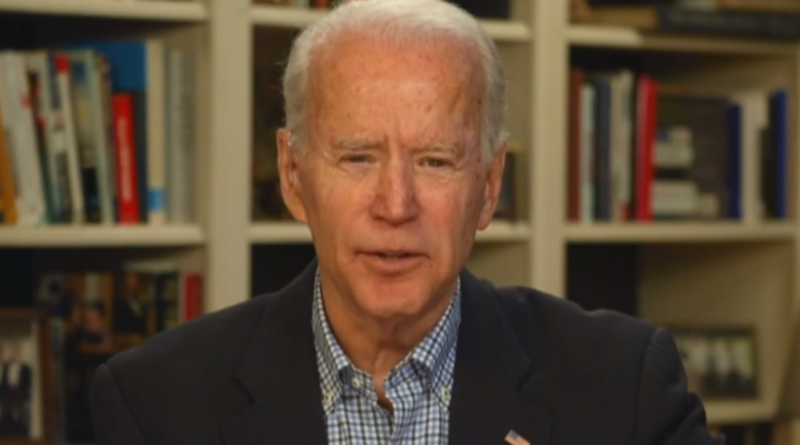 Joe Biden predicted President Trump will try to push back November’s general election in an effort to help the president win.

“Mark my words, I think he is gonna try to kick back the election somehow, come up with some rationale why it can’t be held,” Biden said during a Thursday evening virtual fundraiser.

The presumptive Democratic nominee latched on to Mr. Trump’s earlier resistance to grant COVID-19 federal relief money to the postal service, labeling the move “un-American.” On April 10, the postmaster general requested help, saying the service was at a “critical juncture” and faced a net operating loss of more than $22 billion over the next 18 months.

Not financially assisting the postal service, Biden alleged, would be one way the Trump administration could impact proposed expansion of vote-by-mail efforts for the general election.

“Imagine threatening not to fund the post office. Now what in God’s name is that about? Other than trying to let the word out that he’s going to do all he can to make it very hard for people to vote. That’s the only way he thinks he can possibly win,” Biden said.

The former vice president equated the administration’s lack of enthusiasm for alternative voting options with the 2016 foreign election interference from Russia. “I promise you the Russians did interfere in our election and I guarantee you they are doing it again with two other major actors,” Biden said, adding, “You can be assured between [Trump] and the Russians there is going to be an attempt to interfere.”

This virtual fundraiser was the former vice president’s most celebrity-filled and financially successful event yet. He was joined by a big-name fundraising ensemble including actors Kristin Chenoweth and Billy Porter, tennis legend Billie Jean King, singer Melissa Etheridge and former Democratic rival Pete Buttigieg. The LGBTQ+ event brought together 670 donors raised more than $1.1 million, according to Porter, who served as the Zoom show’s energetic emcee.

CBS News served as the press pool reporter at the fundraiser; the Biden campaign allows coverage of the usually-private donor events.

Wearing a black shirt and circular white glasses that matched the large white fireplace behind him, emcee Porter opened the virtual show with a warning that “like any self-respecting extravaganza,” the program might go longer than planned. It lasted around 46 minutes.

Porter said he’s given his “own version of the State of the Union speech” the last two years “because the thought of me just standing by and not speaking out about what’s happening in our country just wasn’t an option.

“We need to elect a steady, experienced leader to guide us through this storm and forward. Someone with decency, character and empathy whose own life has taught him to persevere,” Porter said.

“We need to get to WORK! And put our friends to WORK!” Porter added, accenting the words.

The Tony winner then raised the first Zoom curtain to reveal the first act, singer Melissa Etheridge. Coming from her Zoom window, Etheridge was holding a gold guitar and wearing rose-tinted sunglasses. She introduced her 2013 song “Uprising of Love” and said it was an “anthem for people to rise up against the injustices and the oppression of Putin’s anti-LGBTQ regime in Russia.”

“I don’t think we could have possibly imagined then that so much injustice and oppression at the hands of our own government was on the horizon,” Etheridge added. The singer said it was time to “rise up” at the ballot box and elect Biden in November.

After the first musical event, Billie Jean King appeared in front of an entire wall of trophies. The tennis star called Biden a “true leader” who respects “facts and science.”

“As a young athlete Joe, always said ‘Give me the ball, give me the ball, coach!”’ King said. “He accepted responsibility as a young person and the most important thing now that we can do is step up and accept responsibility to make sure we are able to tell our children and our grandchildren that we gave all we had to protect the soul of this nation.”

King then served the conversation to Mayor Pete Buttigieg: “The ball is in your court, Pete.”

Buttigieg listened to Biden’s concern about the potential push by Mr. Trump to put off the election. And Biden said the younger politician’s future is “absolutely limitless” and “if I have anything to do with it, you’re not going to get very far away.”

Biden also said he spoke with another former rival, Massachusetts Senator Elizabeth Warren, after she announced her brother died of complications from COVID-19.

The finale of the evening belonged to Tony Award winner Kristin Chenoweth. Streaming from her kitchen, she cued up a Biden-themed version of “Popular,” from the musical “Wicked.” 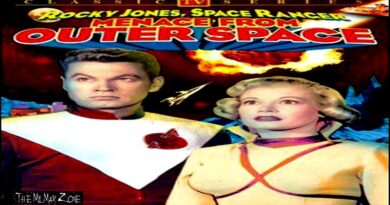 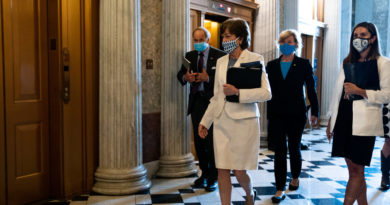 Abortion Rises as a Pivotal Issue for At-Risk Senate Republicans 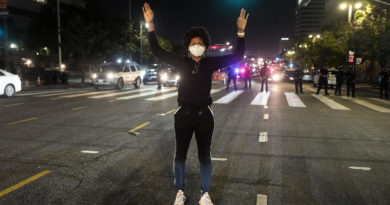 Protesters clash with police in Minneapolis for second night in row