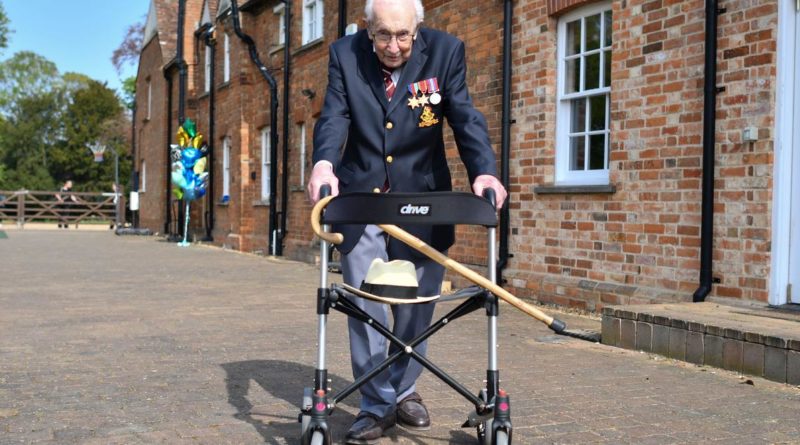 London — A 99-year-old British war veteran has captured hearts in the U.K. by raising millions of dollars for health care workers battling the coronavirus outbreak.

A couple of weeks ago, World War II veteran Captain Tom Moore came up with a new way to serve his country: He would walk 100 laps of his garden — 10 each day — in time for his 100th birthday.

As CBS News’ Charlie D’Agata reports, it was his way of thanking Britain’s National Health Service for his new hip, and hoped to raise maybe £1,000, or about $1,200, in pledges through his JustGiving charity appeal.

The story quickly became a little morale boost for a country hurting for inspiration.

“Remember, tomorrow is a good day. And tomorrow you will find out everything will be better than today, even if today was all right!” the veteran told British television.

But Captain Tom had no idea how good his tomorrow was about to become.

The donations started pouring in, so he upped the ante to £500,000, then sprinted past that, too.

Within days, Captain Tom became a household name, and many were checking in online for daily updates on his progress.

He had tapped into a national outpouring of support for Britain’s strained health workers who, understaffed and under-equipped, were dealing with a COVID-19 death toll that has surged past 13,000, including doctors and nurses.

With each step, Captain Tom carried more of the grateful public along with him, and not just from Britain. Soon, people from 53 nations, including the United States, were pitching in.

When his donations topped a staggering £8 million (almost $10 million), he even got a shout-out from Britain’s Health Secretary Matt Hancock, who thanked Captain Tom and called him “an inspiration to us all.”

Still, more donations kept pouring in by the minute.

By the morning of his last day, Captain Tom had raised more than $16 million. And along the way, he raised hope.

“I think you’ve all got to remember that we will get through it in the end,” he said. “It will all be right and it might take time, but at the end of the day we shall all be OK again, and all those people who are finding it difficult at the moment, the sun will shine on you again and the clouds will go away.”

Captain Tom is fond of the saying, “Fortune Favors the Brave.”

He could not have been more right. Captain Tom will celebrate his 100th birthday on April 30th. 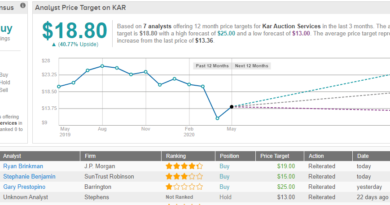 3 Stocks That Could Surge Over 30% 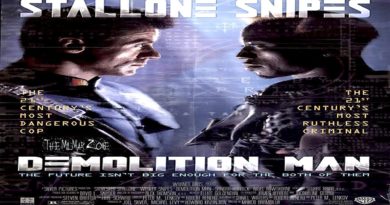