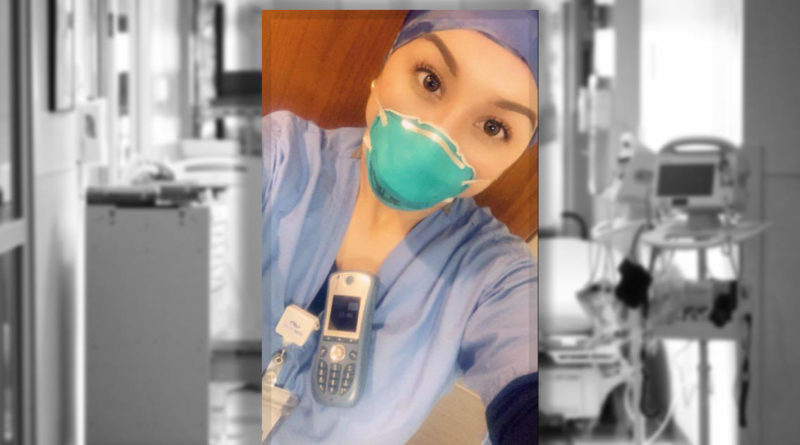 Lorena Espinoza de Piña is one of America’s front-line health care workers, risking their lives and the health of their family in the fight against the coronavirus. She is also a “Dreamer,” brought to the U.S. as a child by undocumented immigrant parents, whose future remains uncertain.

Across the United States, about 27,000 health care workers like her are in legal limbo as they anxiously await a decision by the Supreme Court on the program known as DACA, or Deferred Action for Childhood Arrivals. If the court sides with the Trump administration, they could be deported.

Espinoza de Piña is a 26-year-old registered nurse who has been working on the neuro floor of SSM Health in the St. Louis, Missouri, area for three years. She mainly works with stroke and seizure patients, but since the coronavirus outbreak began she has been rotating on the isolation floor tending to COVID-19 patients.

“I’ve been exposed. Luckily I’m fine because it was a couple days ago. I haven’t been feeling any symptoms or anything, but it’s just scary,” she said.

Her health isn’t her only worry. The Supreme Court is expected to decide sometime in the next few weeks — by June at the latest — whether to end the DACA program, created by the Obama administration in 2012, which allows undocumented “Dreamers” like her to study and work without the constant fear of having immigration officers turning up at their doors. The Trump administration is set on ending the program, and could begin deporting DACA recipients if the court clears the way.

“I’m exposing my life every day and exposing myself. I’m exposing my family, people around me, you know, and it’s like they don’t see that. They don’t value that,” Espinoza de Piña told CBS News in regards to the administration wanting to end the program.

On Monday, the Supreme Court granted a motion to allow a supplemental brief after oral argument, filed by DACA recipient plaintiffs who argue that terminating DACA during a national emergency would be “catastrophic,” since DACA recipients make up a large number of essential health care providers on the front lines battling COVID-19.

The motion urges the court to consider “the significant adverse consequences” of terminating DACA for health care and other essential service providers and all those who “rely on and benefit from the work of DACA recipients.”

José Muñoz, the national communications manager at United We Dream, said the immigration network, which was instrumental in pushing for DACA in 2012, is concerned that if the Supreme Court were to side with the Trump administration, recipients would lose their work permits and ability to work. He warned that would “put a strain on so many of the systems that are really overwhelmed in the middle of this pandemic.”

Muñoz also noted that such a decision would have dire consequences for families who have been living in the U.S. for a large portion of their lives.

“While some of the immediate consequences are obviously losing a work permit, there is also the very real reality of the potential for deportation and another wave of family separation for DACA recipients and their families,” he said.

Francisco Javier Matias is 27 and works as medical assistant at two clinics in Seattle, evaluating patients for COVID-19 both in person and via video. He sees up to 14 patients a day, with the risk of potentially infecting himself and his family.

“I’m helping people that are not DACA recipients here in the United States through my job. And there is definitely that fear, if this DACA gets to end and I’m like, so all of these years here have been for nothing — or probably my time and my health and my family’s health that I am putting at risk right now,”he said.

Matias came to the United States when he was 11 years old with his parents and two other siblings from Oaxaca, Mexico. He fears that with the end of DACA, he and his parents and two out of his three siblings who were also born in Mexico could be sent back to a country where he doesn’t feel like he belongs.

“Seattle is my home. I feel like being here, it’s like a safety net. It’s a safe place to be a part of. I’m also an LGBTQ person. So it kind of makes me feel safe,” he said.

Espinoza de Piña says the possibility of DACA ending is something she thinks about every day.

“I have two kids. They’re both U.S. citizens here. I would lose my family. I would lose, you know, my license, probably — I wouldn’t be able to take care of patients. I would go to a country that I barely remember.”

Also a student trying to finish her bachelor’s degree with aspirations of one day becoming a nurse practitioner, Espinoza de Piña wonders why DACA recipients can’t be offered a path to something more permanent.

“We receive DACA. But, you know, we’re also giving back a lot … helping, taking care of these patients, being there with these patients, because they’re there by themselves. They’re in this scary virus that they don’t know if they’re going to come out of the hospital alive or dead.” 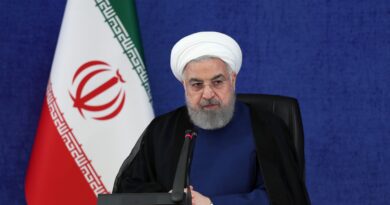 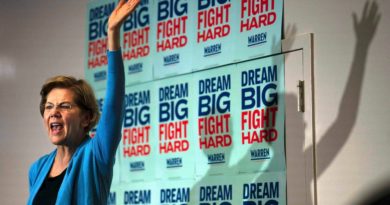 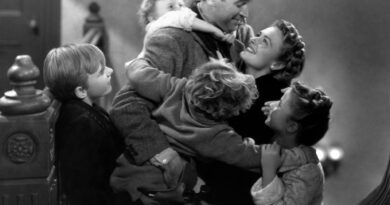 Is ‘It’s a Wonderful Life’ better in black and white or color?