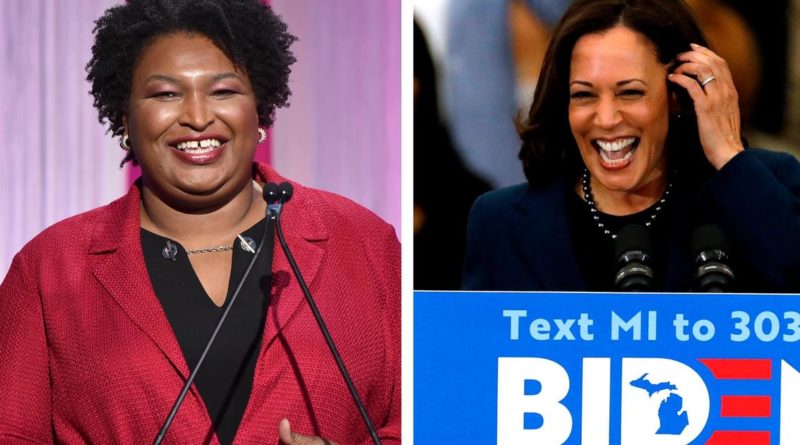 Joe Biden took on the most diverse field of candidates in the history of a presidential primary, before becoming the presumptive Democratic nominee. Even before he pledged to choose a woman as his running mate, many called on the 77-year-old Biden to choose someone who reflects not only the diversity of the Democratic Party, but of the nation itself. Some are calling on Biden to look for a woman of color while others are specifically hoping a black woman will fill the position.

During a recent interview on ABC’s “The View,” former Georgia State House Leader Stacey Abrams, a woman rumored to be one of the top vice presidential contenders, said Biden should choose a woman who “reflects the diversity of America” as his running mate.

“Women of color, particularly black women, are the strongest part of the Democratic Party,” said Abrams during the interview. “The most loyal [part too] but that loyalty isn’t simply how we vote. It’s how we work, and if we want to signal that that work will continue, that we’re going to reach not just to certain segments of our community, but to the entire country, then we need a ticket that reflects the diversity of America.”

Senator Kamala Harris of California, who is also a potential contender for the vice presidential role, weighed in during an interview with MSNBC on Saturday. The former presidential candidate wouldn’t go as far as to say that Biden should choose a black woman but said she believes “it is very important to have a woman of color or a woman, as [Biden] has said — on the ticket.”

CBS News spoke with several black Democratic congresswomen who think that Biden should choose a black woman as his running mate because they say it’s time for black women to serve in this top role after decades of loyalty to the Democratic Party.

“I certainly agree with my colleagues who have said a woman of color, but specifically an African-American woman,” Congresswoman Alma Adams of North Carolina told CBS News. “Knowing the support that we have always given to this party. We have carried this party for as long as I can remember.”

Congresswoman Marcia Fudge of Ohio went a step further and said that at some point the Democratic Party must “reward and recognize its loyal soldiers,” namely, black women. Fudge warned that if the party doesn’t mobilize black women, Democrats can’t win in November.

“The mistake I believe we have made in the last couple of races we’ve run is we neglect to bring out our base”  Fudge said.  “The base of the Democratic Party clearly is black and brown, but more black than brown.”

“I think it’s important that a black woman be selected because she can pull people together and unify people,” California Representative Barbara Lee said. She cited the role black women have played not only in American history but in the Democratic party, saying that “black women bring their own unique brilliance and set of experiences to the table.”

Both Lee and Fudge Fudge were both early endorsers of Harris’ presidential bid during the primary. None of the congresswomen who spoke to CBS News expressed a preference for a particular black woman getting the vice-presidential nod, but noted that there are several who are qualified to fill the position.

Representative Sheila Jackson Lee of Texas noted that by choosing a black woman as his running mate, Biden could send a powerful message.

Conversations with more than a dozen black women activists and political leaders across multiple battleground states like Wisconsin and Pennsylvania, revealed a similar sentiment: That it is past time for women of color and particularly black women to be seriously considered for top positions like the role of vice president.

“No one group can do it alone — it’s  a broad coalition — but women of color are the core, the pillar of the vote that’s needed in order to win the White House,” said Aimee Allison, founder of the national coalition of women of color called She the People. “When [Biden] says ‘oh I’m not committed to a woman of color,’ he’s signaling that he does not see us and that’s a big mistake.”

Glynda Carr, the CEO and president of Higher Heights, a PAC dedicated to electing more women to national and statewide offices, spoke about the need for America to rethink what leadership should look like in the 21st century.

“I think even more now than ever amid COVID-19 we want experienced leadership, qualified leadership and competent leadership,” Carr said. “We are encouraging Vice President Biden that given that criteria of someone that is ready to lead as VP that there is actually a list of black women that meet those criteria.”

In March, She the People, — which includes women of color who are voters, organizers, and elected members,– asked nearly 900 of its members to choose who they’d like to see as vice president from a list of well-known political leaders who were all women of color.

Abrams was the top pick for 63% of the women polled. Harris received 42% of the votes cast. Other women who received some level of support in the survey include Congresswomen Ayanna Pressley, Barbara Lee, and Val Demings.

David Binder, founder of David Binder Research and a former pollster for Mr. Obama’s two presidential campaigns and Harris’ presidential and Senate campaigns, says having a black woman on the ticket could make a difference for turnout.

“In Milwaukee and in Philadelphia and in Detroit in 2016, the expectation of African American turnout for both black women and black men was not at the level anticipated,” Binder said. “For motivational purposes having a black woman on the ticket may make a difference. It could make a substantial difference on what the turnout is on those same cities.”

But many leaders also said race shouldn’t be the top or only factor in choosing the right running mate.

“Representation matters but it’s not the most important thing. I think that we could get a woman or a black woman vice president candidate that does not align with progressive values, and that would not be something that I think would be a step forward,” said Angela Peoples, director of Director for Black Womxn For, an organizing collective that first endorsed Senator Elizabeth Warren’s presidential bid in January. “I mean Sarah Palin was a woman who was the vice president candidate, right? It isn’t just enough to say, ‘Oh great, he’s picking a woman, oh great he’s committed to picking a woman of color, — which he has not — but I do think those things matter when we’re talking about investing in the future of the Democratic Party.”

According to Adrianne Shropshire, the executive director of BlackPAC, an organization aimed at promoting issues important to the black community, the ultimate goal for black women has been the same since the beginning of the primary: Defeating President Trump.

“While choosing a black woman would be an acknowledgment of a whole set of contributions that black women have made to the Democratic Party, I don’t think that that means that it is the primary and priority issue,” said Shropshire. “Primarily they still want a ticket that can beat Trump. And they still want a ticket that is going to be able to both elevate the issues that are concerning some black voters and then govern on them.”

All of the black women political leaders that CBS News spoke with emphasized the need for the eventual vice-presidential pick to have a strong grasp of the problems facing the black community and particularly, black women. Access to healthcare, black maternal mortality rate, protecting women’s reproductive rights, ensuring racial justice, and “exposing  the number of black and brown people who are in low wage jobs were among the list of issues that were mentioned.

“It’s not that simple that we’re just trying to get a black woman elected,” said Judith Browne Dianis, Executive Director of the non-partisan group, Advancement Project. “Yes it would be great, but we also know that that person has to have the values and the policy platform that we care about. And that they’re going to be able to deliver.” Dianis said.

Despite different preferences in who should serve as Biden’s running mate, most agree that candidates who struggle to garner support among black voters shouldn’t be on the short list.

There are arguably multiple candidates on the short list who may struggle in this category but some leaders pointed to Senator Amy Klobuchar of Minnesota as one example of a candidate who is qualified but never showed that she could connect with black voters.

“Do I think Amy Klobuchar is capable and an accomplished woman? Absolutely. But she did [do] almost nothing to garner the support of black people here in South Carolina and her black support nationwide was nonexistent,” said said Tamika “Mika” Gadsden, who is a South Carolina-based activist. “I think people who have proven that they can’t get any black support are a non-starter.”

“To bring someone like Amy Klobuchar — I mean she’s a fine senator — but that’s not a winning strategy where we need women of color to be “all in” and we need us to vote through a pandemic with shifting dates of election and questionable voter suppression tactics,” said Aimee Allison, founder of She the People.

According to exit polls, 92% of black women voted for Democratic candidates in the 2018 midterm elections. Georgia Democratic Party Chair Nikema Williams, who is the first black woman to lead the state’s political party, said the power of having a black woman at the top of the ticket was evident in Georgia’s 2018 gubernatorial race, when Abrams narrowly lost the contest that would have made her the first black woman governor in the country.
Williams said that while she plans to mobilize voters to support whomever is on the Democratic ticket, she reiterated what it could mean to have a black woman at the top of the ticket.

“Regardless of who Vice President Biden chooses as his running mate, I’m going to be out there making sure that we get out the vote,” said Williams, who is also a Georgia state senator. “But I think at some point we want to see ourselves reflected in the leadership that we’re voting for.” 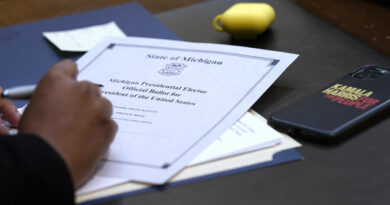 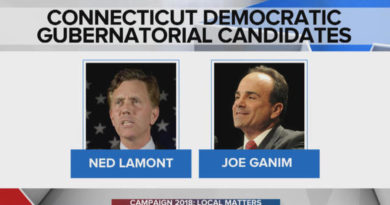 Connecticut voters head to the polls 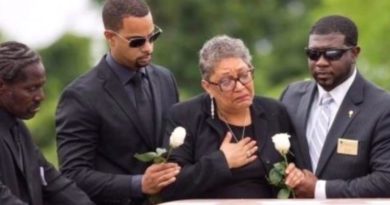