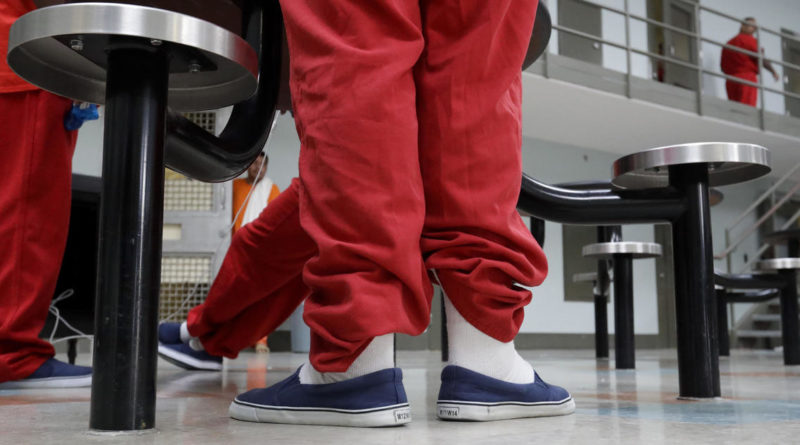 At one point last year, Manuel Amaya-Portillo, a Honduran asylum-seeker, had grown so desperate while in U.S. immigration detention that he said he was ready to cut himself with the razor he was given to shave.

“I felt like there was no longer any reason to continue living,” Amaya-Portillo, 23, told CBS News in Spanish.

The only reason he didn’t, Amaya-Portillo said, was because of “un amigo detenido,” a fellow detainee who told him to push forward with his request for protection and stop thinking about harming himself. Amaya-Portillo said he was marginalized in Honduras because of his physical disabilities. He is 4 feet tall, has six fingers on both hands and suffers from heart and neurological medical conditions. One of his legs is almost half the size of the other, severely limiting his ability to walk, according to his attorneys.

After the American Civil Liberties Union intervened in his case, Amaya-Portillo was released from detention in Louisiana, where he had been held for months. He is now glad to be in northern New Jersey with his family awaiting an immigration court hearing, especially as the highly contagious coronavirus continues to spread inside the nation’s immigration jails.

The growing number of cases has alarmed advocates and civil rights researchers, who say problems that have long plagued ICE facilities — as well as stringent asylum policies instituted by the Trump administration — have made the world’s largest immigration detention system ill-equipped to confront a public health crisis like the coronavirus pandemic.

“This is now a fully-fledged humanitarian disaster in detention centers across the country,” Eunice Cho, an ACLU attorney who specializes in immigration detention, told CBS News. “We have to ask at this point how we got here.”

In a report entitled “Justice-Free Zones” published Thursday, the ACLU, Human Rights Watch and the National Immigrant Justice Center probed the question posed by Cho, one of the authors.

By expanding detention space to a historic high, relying more and more on for-profit private prison companies, making it more difficult for asylum-seekers to be released, detaining thousands of immigrants in remote, rural jails with little public oversight and failing to bolster medical and mental health services inside facilities, the Trump administration is overseeing a detention regime “that was never prepared to safely handle the crisis situation the world now faces,” the report says.

Relying on government data and interviews with more than 150 ICE detainees, including Amaya-Portillo, the report focused on conditions inside five privately operated detention centers in Louisiana, Mississippi, Arizona and Tennessee that ICE recently started using to detain immigrants. Three of them now have confirmed coronavirus cases among detained immigrants and one, the Richwood Correctional Center in Monroe, Louisiana, is experiencing an outbreak of at least 46 detainees.

The report’s authors estimate that in January, when the first confirmed case of coronavirus was reported in the U.S., more than 80% of the tens of thousands of immigrants in ICE custody were held at for-profit detention facilities. The growth of for-profit immigration detention, the researchers said, is directly linked to criminal justice reforms that have reduced the number of people incarcerated in prisons, prompting private prison companies to seek contracts for detaining immigrants.

The expansion of private immigration detention has made immigrant detainees — who, like other incarcerated populations, face increased challenges in shielding themselves from an infectious disease — even more vulnerable to the pandemic, according to the report. The researchers said the medical units at some of the detention centers “appeared dangerously unprepared for emergencies.”

“Some facilities suffered from understaffing and cost-cutting measures that could endanger the health of people in detention,” the report says.

Access to mental health services was limited at the five detention centers visited by the researchers, with two of the facilities lacking mental health professionals, according to the report, which noted that about a third of deaths among ICE detainees since January 2017 have been apparent suicides.

Detainees interviewed by the researchers also reported increased use of force by facility staff — a trend that has continued during the pandemic. Since President Trump declared a national emergency over coronavirus on March 13, there have been at least eight instances in Texas, Georgia, Arizona and Louisiana in which detention center staff have used pepper spray on protesting immigrants, according to ICE, which describes the “calculated use of force” as way to mitigate risks of injury for both staff and detainees when immigrants become “confrontational” or “disruptive.”

Since many of the jails ICE uses to detain immigrants are located far from metropolitan areas, particularly in the Deep South, thousands of detainees have very limited access to lawyers and advocates, the report found. Additionally, the likelihood of asylum-seekers held in the Deep South being allowed to continue their proceedings outside of detention has dwindled in recent years as parole and asylum grants have plummeted.

Between March and December 2019, the ICE field office in New Orleans, which administers the detention centers in Louisiana, Alabama, Arkansas, Tennessee and Mississippi, denied roughly 99% of parole requests, even after a federal judge ordered officials there to consider each petition on an individual basis. Under a binding 2009 internal directive, ICE is generally supposed to parole immigrants who asked for asylum at an official border crossing, passed their credible-fear screenings and do not pose a public safety threat.

Immigrants also face an uphill battle in being granted bond by immigration judges, with those detained at some for-profit prisons in the Deep South facing denial rates as high as 89%.

During the pandemic, ICE has come under intense pressure from advocates and human rights groups to downsize its detainee population, which has dropped by more than 7,000 since early March and reached just under 30,000 last week. But Acting ICE Director Matthew Albence told members of Congress earlier this month the drop stems from the fact that his agents are apprehending fewer immigrants in the interior of the country and receiving fewer migrants from border officials, who are now expelling virtually all unauthorized border crossers, according to congressional officials familiar with his comments.

As of April 10, ICE had released nearly 700 older detainees, immigrants with medical conditions and pregnant women who it identified as being at increased risk of coronavirus complication. The agency has not updated that count since, but a spokesperson said officials make custody determinations on a daily basis. The ACLU, which has filed more than 30 lawsuits in more than a dozen states seeking the release of at-risk detainees, said 90 immigrants have been released as a result of its litigation.

Advocates have demanded more detainees to be released, including the more than 5,200 asylum-seekers who have demonstrated fear of persecution in their home countries and others who don’t pose a threat to the public. But ICE has so far resisted these calls. Congressional officials said Albence told members of Congress that ICE had finished its review of vulnerable detainees and was not planning on releasing categories beyond older immigrants, those with certain health issues and pregnant women.

Last week, the United Nations urged the Trump administration to release detained immigrants and place them in non-custodial alternatives to incarceration in order to mitigate the risk of larger outbreaks inside ICE facilities, highlighting the fact that immigration detention in the U.S. is an administrative and civil matter, not a criminal one.

On Friday, ICE responded to a request for comment on Thursday’s report. The agency said the detention it oversees is not punitive in nature, and that detainees have access to lawyers, law libraries and medical services that “exceed the standards of most local jails and prisons.”

“ICE provides safe, humane and appropriate conditions of confinement for individuals in its custody,” an ICE spokesperson said.

Due to the pandemic, the agency said it is temporarily reducing the population of all detention centers to 75% capacity or less, noting that the detainee population has dropped by more than 8,000 since March 1.

Carlos, a Nicaraguan asylum-seeker who asked for his name to be changed, is currently detained at the Richwood Correctional Center in Louisiana where there is a major coronavirus outbreak. He said he fled persecution at the hands of the leftist Nicaraguan government, which Trump administration officials often denounce as repressive.

“My family is suffering, not only because of my imprisonment, but because of the concerns that I may be infected at any moment. No one is immune from this virus,” Carlos told CBS News in Spanish during a phone call from the private prison.

Given the number of confirmed cases among fellow detainees, Carlos also fears contracting the virus — and dying as a result.

“Imagine this,” he remarked. “We leave our families, fleeing our home countries to try to save our lives. And then we come here and die while imprisoned, powerless to do anything.”

Amaya-Portillo, the Honduran asylum-seeker featured in Thursday’s report, said he understands the frustration among asylum-seekers like Carlos who remain detained. He’s currently waiting for a judge to decide whether he can get lesser forms of relief from deportation, since he’s ineligible for asylum under a Trump administration rule that disqualifies those who traveled through a third country before reaching the U.S.

After a phone interview on Wednesday evening, Amaya-Portillo called back, saying he wanted to send a message to immigrants still in ICE custody.

“Be strong. Have faith. God, in the least expected moment, will help you get out of this situation,” he said. “At one point, I also thought everything was finished, that there was no way to survive. But God is good.” 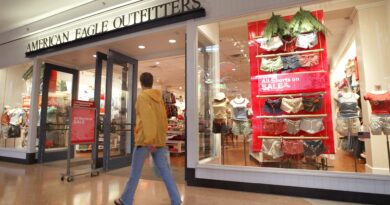 Why Don’t Young People Vote, and What Can Be Done About It? 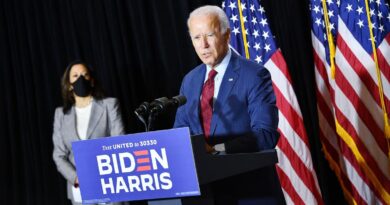 How to watch the 2020 Democratic National Convention