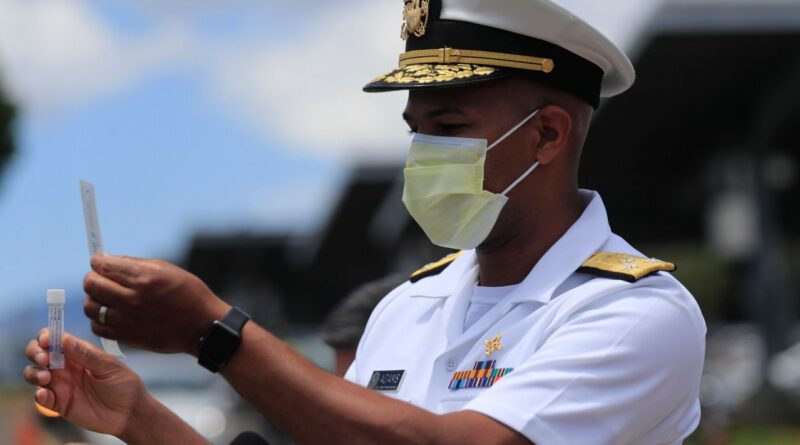 HONOLULU (AP) — The U.S. surgeon general was cited for being in a closed Hawaii park in August while in the islands helping with surge testing amid a spike in coronavirus cases, according to a criminal complaint filed in court.

A Honolulu police officer cited Jerome Adams after seeing him with two men “looking at the view taking pictures” at Kualoa Regional Park on Oahu’s northeastern coast, the citation said. The park in a rural area offers a picturesque view of Mokolii island, known as Chinaman’s Hat for its cone shape.

Adams told the officer he was visiting Hawaii to work with the governor for COVID-19 and didn’t know parks were closed.

At the time, Oahu parks were closed by Honolulu Mayor Kirk Caldwell in an attempt to prevent crowds from gathering.

A phone number Adams gave the officer is the same number Adams listed on an email to state officials seeking an exemption for Hawaii’s quarantine on arriving travelers.

The email to Adams confirming his exemption included links to rules that were in effect in each of Hawaii’s counties, including the order closing Oahu parks.

“We do not have a comment at this time,” said Kate Migliaccio-Grabill, a spokeswoman for the Office of the Surgeon General said.

Later Tuesday, Honolulu attorney Lex Smith issued a statement: “During his visit to Oahu, the surgeon general was cited for accidentally violating the mayor’s emergency order, due to his misunderstanding of the law. He has not asked for, nor has he received, any special treatment in connection with this citation, and will respond to it appropriately.”

Court records show a remote hearing is scheduled for Oct. 21. Violating any of the mayor’s emergency orders is punishable as a misdemeanor, with fines of up to $5,000, up to a year in jail, or both.

Caldwell won’t be commenting, the mayor’s office said. Hawaii Gov. David Ige’s office said he wasn’t immediately aware the Surgeon General was cited while he was here. A spokesman for Hawaii Attorney General Clare Connors said she wasn’t aware he had been cited.

A few days after the citation, Adams appeared with Caldwell at a news conference announcing a partnership between the city and federal government for surge testing.

“I’m proud of you, Hawaii. I’m proud of every single one of you who has sacrificed over the past several months,” he said, standing in a white military uniform. “And to the people who are lapsing a little bit, I want you to understand that a little bit of fun right now can result in shutdowns further on down the road. It’s important that we all do the right things right now, even if we don’t feel we are personally at risk.”

According to the complaint, Adams put a mask on. He wore a mask at news conferences with the mayor.

“Seriously people — STOP BUYING MASKS!” Adams tweeted on Feb. 29. Officials later recommended that people wear face coverings in public and around people who don’t live in their household, based on a review of the latest evidence.

‘We do have further headroom,’ deputy Bank of England governor says 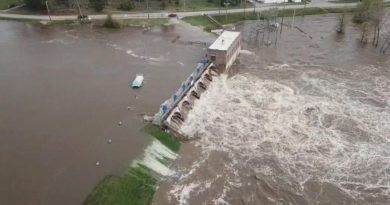